A Venice Biennale, informed by the pandemic, will put women in the spotlight 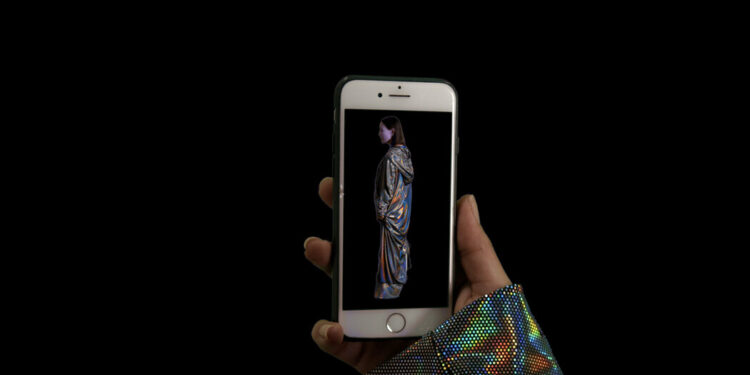 In the two years that New York-based curator Cecilia Alemani had to organize the 59th edition of the Venice Biennale – in which the pandemic caused a one-year delay and 400 studio visits had to take place on Zoom – the world around her changed.

People struggled with big existential questions about the purpose of life, problems of inequality and the health of the planet. There were moments of dystopian demise and hopeful reinvention.

These issues formed the basis for Alemani’s rerun of the Biennale — the world’s longest-running major survey of contemporary art — the details of which were revealed on Wednesday.

There is a majority of female and gender-nonconforming artists, a choice Alemani said in her official announcement reflects “a deliberate rethinking of the centrality of the man in the history of art and contemporary culture.”

The artists in the Biennale deal with environmental issues, communion with nature, identity politics and ecological activism. There are black artists from Haiti, Senegal, Zimbabwe and the Republic of Congo.

More than 180 of the 213 artists have never been to the Biennale, which opens to the public on April 23 and runs through November 27, featuring 80 national exhibitions in the sprawling Giardini Park (anchored by the central pavilion) , the Arsenale, a former shipyard, and elsewhere around Venice. Five countries are participating for the first time: Cameroon, Namibia, Nepal, Oman and Uganda.

As if in stark contrast to the persistently hot American art market, very few of the artists are recognizable American names and the stars that do pop up are largely women, including Barbara Kruger, Nan Goldin, Louise Nevelson, Ruth Asawa and Simone Leigh, who is the first black woman to represent the United States in the national pavilion.

Alemani, the director and chef curator of High Line Art, took as its starting point the 2017 children’s picture book, “The Milk of Dreams”, by the surrealist painter Leonora Carrington, featuring characters such as Humbert the Beautiful, who befriends a crocodile, and Señor Mustache Mustache, who has two faces , eat flies and dance.

These transformation stories, first painted on the walls of Carrington’s Mexico City home, inspired Alemani’s vision for the Biennale. “Carrington talked about how we define life, what sets us apart from other creatures, can we imagine a world where the body can be transformed and become something else?” Alemani said in an interview.

She organized the biennale around three themes inspired by the artists themselves. The first is the representation of how bodies can transform. In a variety of media and techniques, artists are trying to “expand beyond the canvas,” Alemani said, in some cases using mechanical devices that interact with different forms of life.

The second theme is the relationship between individuals and technology — “how culture processes polarities between, on the one hand, thinking that technology can make our lives and bodies better, eternal and invincible,” Alemani said, “and on the other hand side, afraid of machines taking over and the presence of artificial intelligence.”

Those fears were exacerbated by Covid-19, she added, highlighting “how mortal and finite we are. At a time when we like to be with and share with others, all our relationships are mediated through digital screens.”

A new video from media artist and filmmaker Lynn Hershman Leeson explores the birth of artificial organisms, as Korean artist Geumhyung Jeong conjures up robotic bodies that can be reassembled.

The third theme is the connection between bodies and the earth. In particular, Alemani said she was inspired by the scholar and feminist theorist Silvia Federici, who envisioned a world without hierarchy or domination — one where man is not at the top of the pyramid — but instead a world “of symbiosis.” and enchantment.”

“The idea of ​​enchantment is something you’ll see quite often,” Alemani continued, “especially in the Arsenale, which is itself a factory of the miraculous.”

Important to Alemani are five smaller, historical sections that she calls time capsules, or “shows within the show,” aimed at fostering connections, providing layers and context. “I was very interested in creating a dialogue between different generations,” she said.

These capsules will bring together the work of 90 mainly 20th century artists.

In a gallery in the central pavilion, the first of the five capsules shows work by female avant-garde artists, including Eileen Agar, Leonor Fini, Carol Rama, Dorothea Tanning and Remedios Varo.

Another capsule is inspired by ‘Materializzazione del Linguaggio’, the first historical overview of women’s art held at the 1978 Biennale. It features visual poets exploring the relationship between image and word, namely Mirella Bentivoglio, Mary Ellen Solt and Ilse Garnier (now in her mid-90s). There are experiments such as hand-sewn tapestries by French surrealist writer Gisèle Prassinos and anagram poetry by Unica Zürn.

Other tributes to artists who are no longer alive are Hannah Höch from Germany, Aletta Jacobs from the Netherlands and Amy Nimr from Cairo. “It’s not just a show of young artists,” Alemani said. “An exhibition like the Venice Biennale does not necessarily capture the past two years, an obsession with the new.”

Alemani said she is interested in “re-introducing” those left out of the contemporary art canon — those whose stories “were not told” — including Inuit artist Shuvinai Ashoona, Sudanese painter Ibrahim El-Salahi, and native Venezuelan artist Sheroanawe Hakihiiwe.

Alemani is herself the first Italian woman to host a Biennale and she has deliberately included numerous female Italian artists, including Ambra Castagnetti, Giulia Cenci and Chiara Enzo, to give them some overdue recognition. “This show takes place in Italy, not New York, and the situation with gender is different,” Alemani said. “I realize that an exhibition doesn’t change anything, but hopefully it can have symbolic value.”

“When I look at the history of 127 years of Venice Biennale, the percentage of women who participate is dramatically low,” she continued. “I want to give space to voices that have been silenced in the past.” 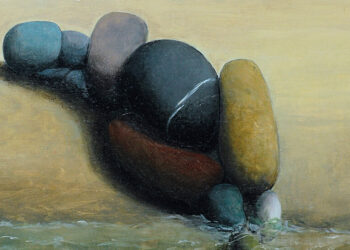