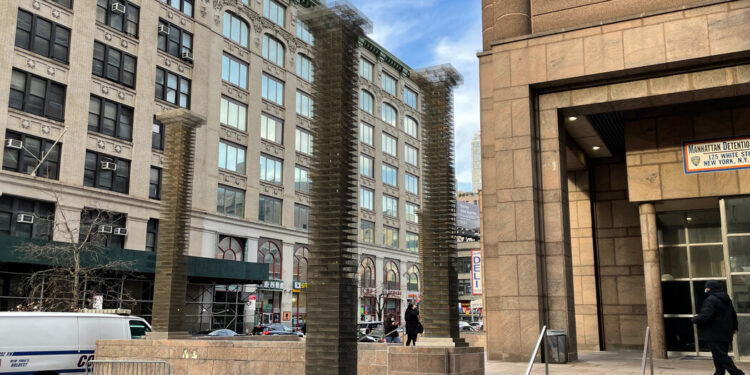 A judge on Wednesday refused to stop demolition of the Manhattan Detention Complex in Chinatown, during a hearing in a lawsuit filed by two artists whose works may be moved or demolished there.

The artists had filed a lawsuit against New York City under the Visual Artists Rights Act of 1990, with support from a local group, Neighbors United Below Canal, whose members opposed plans to build a new prison on the site. The artists had been given a temporary restraining order on Friday and demanded provisional relief or emergency aid.

The plaintiffs, Kit-Yin Snyder and Richard Haas, said in their complaint that even moving the artworks would jeopardize their artistic vision, saying that “the struggles of immigrants and the desire for justice reflected in the works , will lose their value.”

City officials have a plan to temporarily move some of Snyder’s artwork to a facility on Rikers Island, but will have to destroy other artworks of hers, as well as Haas’ murals, which are about to be demolished. Administrators have suggested that the murals be reproduced in the new prison or an alternative location.

Judge Lewis A. Kaplan of the U.S. District Court for the Southern District of New York rejected the request for a preliminary injunction during a hearing Wednesday, saying the plaintiffs could not prove that preserving the artworks outweighed it. public interest in the construction of the new prison.

The lawsuit is still active.

“While we are disappointed with the outcome, the case continues after the first temporary restraining order was granted last week,” Emily Anderson, a lawyer for the artists, said on the phone, “and we will continue to fight for the rights of the artists. artists and the community.”

The New York City Legal Department said in a statement: †We are pleased that the judge agreed that the requested emergency aid was not justified to stop this vital project, which serves the public interest and that the artists in the underlying case are unlikely to prevail.”

Snyder and Haas said in the lawsuit that their artworks were part of a reconciliation plan between the city and local residents when the detention complex was approved in the 1980s. (They completed their installation of the art in 1992.) Snyder designed sculptures, “The Seven Columns of the Temple of Wisdom”; a paving stone design, “Upright”; and a chair symbolizing Solomon’s biblical throne, atop a bridge connecting the complex’s two towers. Haas painted seven murals on the building depicting a history of immigration, and created a nearby frieze, “The Judgments of Solomon and Pao Kung.”

“I’m very disappointed,” Snyder said of the judge’s decision, adding, “Moving my artwork to Rikers Island is, in my opinion, like putting my artwork in jail.”

Ryan Max, a spokesman for the city’s Department of Cultural Affairs, said in a statement that “after many months of working in good faith with the artists, we thought we had reached an agreement with both of them.”

He added: “With a professional restorer, the city has taken careful steps to preserve and document the work.”

The Visual Artists Rights Act has been used to protect public art of “recognized stature” created on someone else’s property. The law was invoked in a case involving the Queens warehouse known as 5Pointz, which began demolition in 2015 to make way for new condominiums. That ended with a federal judge ruling that a private developer would have to pay $6.75 million in fines for destroying the works of 21 graffiti artists there.

In January, a painting by Faith Ringgold was moved from Rikers to the Brooklyn Museum of Art due to the impending closure of the Rikers Prison Complex, leaving the artists wondering why their works should be moved there. (In 2019, the city council voted to close the plagued prison and build four smaller prisons across the five boroughs by 2026.)

Some Chinatown residents see a parallel between the artists’ plight and the city’s decision to go ahead with a new prison despite local opposition — members of Neighbors United Below Canal had put Snyder and Haas in touch with firm’s lawyers Sheppard Mullin, who are the performers.

“Our community’s rights have been violated,” said Jan Lee, founder of Neighbors United Below Canal. 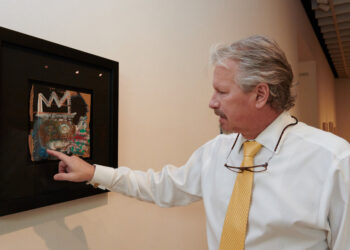