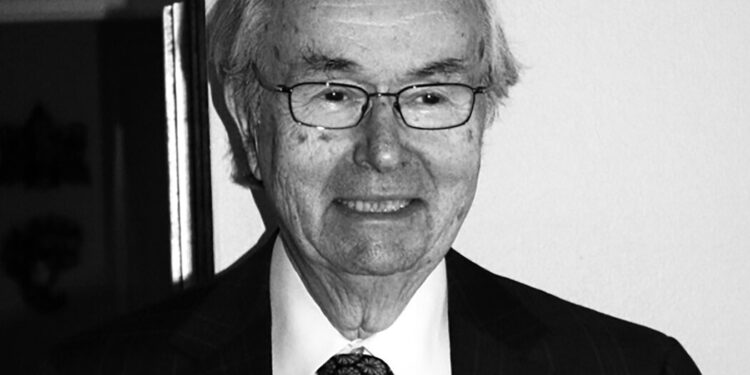 Frank Gilbert, a conservationist who helped save Grand Central Terminal from the destruction of a 55-story skyscraper and who hatched New York City’s groundbreaking landmarks law in the mid-1960s that bolstered conservation movements across the country, died on May 14 at Chevy Chase, Md. He was 91.

The cause was pneumonia and complications from Parkinson’s disease, said his wife, Ann Hersh Gilbert.

Mr. Gilbert, an attorney who had been New York City’s legislative lobbyist in Albany, had been instrumental in drafting the belated statute for closing the city’s barn after the 1963 demolition of Pennsylvania Station, the Beaux-Arts railroad interchange designed by McKim, Mead & White on the west side of Manhattan.

The legislation, passed by the City Council and signed by Mayor Robert F. Wagner in 1965, stated that the city’s global reputation “cannot be preserved or enhanced by ignoring the city’s historic and architectural heritage and destroying such to tolerate cultural assets.”

The law created the New York City Landmarks Preservation Commission and empowered it to designate buildings that were at least 30 years old and of historic or architectural value and to save them from development or demolition.

Mr. Gilbert served as the first secretary of the newly established committee from 1965 to 1972 and then as its executive director until 1974. The fate of Grand Central always loomed large in front of him.

“I was concerned because the chairman of the New York City Landmarks Commission said to me, ‘What happened to Penn Station shouldn’t happen to Grand Central,’” Mr. Gilbert recalled in an interview with the New York Preservation Archive Project in 2011.

“I think my job from the start was to make sure we followed a fair trial and didn’t slip on a banana peel,” he added. “I recognized how serious the situation was. My first thought was to be very careful and be prepared for a very challenging situation.

The failing Penn Central railroad company hoped to build a skyscraper over Grand Central Terminal, which it owned, and use the rent from the offices to subsidize the company’s shortfalls from declining rail traffic.

But the committee declared the terminal a landmark in 1967, deciding that any designs proposed by Penn Central for the skyscraper would overshadow the terminal’s architectural distinction.

Penn Central indicted. Nine years later, a state Supreme Court judge nullified the monuments’ designation, ruling that preventing the bankrupt railroad company from earning the income it would receive from the office tower would cause “economic hardship” and therefore amounted to a unconstitutional deprivation of his property.

Mr. Gilbert and other Grand Central defenders gathered the support of a broad spectrum of conservationists, including prominent architects and names in bold such as Jacqueline Onassis, to maintain the historic designation while the city appealed to higher courts.

In 1978, the United States Supreme Court affirmed the city’s authority to preserve a monument. The court ruled that the landmark designation did not preclude the use of Grand Central as a railroad terminal and that the company could not argue that the construction of the office building was necessary to maintain the site’s profitability. The railroad had admitted that it could make a profit from the terminal “as it stands”.

The Supreme Court’s 6-3 majority decision cited an amicus brief drafted by Mr. Gilbert, who was then assistant general counsel to the National Trust for Historic Preservation in Washington. His briefing pointed out that numerous cities across the country, including New Orleans, Boston, and San Antonio, had already passed historic preservation laws modeled on New York’s statute.

Paul Edmondson, the president and chief executive of the National Trust, characterized Mr. Gilbert as “a giant of conservation law.”

“In addition to his critical role in developing and advancing the New York City Landmarks Preservation Act,” Mr. Edmondson said in a statement, “he was responsible for protecting thousands of historic properties and neighborhoods across the country.” his work helping communities develop historic districts.”

Barbaralee Diamonstein-Spielvogel, an early appointee to the New York Monuments Commission and longest-serving member, said in an email about Mr. Gilbert, “He always wanted to do the right thing and worked to balance the complex needs of all parties — property owners, the public, the press, developers and conservationists.”

Frank Brandeis Gilbert was born on December 3, 1930 in Manhattan to Jacob Gilbert and Susan Brandeis Gilbert, both attorneys. His mother was the daughter of United States Supreme Court Justice Louis D. Brandeis.

After graduating from Horace Mann School in the Bronx, Mr. Gilbert received a bachelor’s degree in government from Harvard College in 1952, served in the military from 1953 to 1955, and graduated from Harvard Law School in 1957.

From 1973 to 1993, he chaired the graduate board of The Harvard Crimson, the student newspaper. Earlier this month, he was among the Crimson alumni who signed a letter condemning the editorial endorsement of the “Boycott, Divestment, Sanctions” movement against Israel on behalf of what it called a free Palestine.

“The BDS movement claims to seek ‘justice for the Palestinians’ – a goal we share – but in fact it seeks the elimination of Israel,” the letter reads.

In 1957, Mr. Gilbert joined the legal department of the Public Housing Administration in Washington and two years later went to work for the New York City Planning Department. He married Ann Hersh in 1973.

From 1975 to 1984, Mr. Gilbert is the chief advisor to the National Trust for Historic Preservation and served as the trust’s senior field representative until 2010.

He advised state and local governments on conservation legislation and on issues related to the designation of specific landmarks and the creation of historic districts, such as New York City’s SoHo, Brooklyn Heights, Greenwich Village, and Chelsea.

“My reaction at the time,” he said, “was ’20 buildings designated,’ and we had a lot of work to do on these 20 buildings before they were rescued.”

He had shown foresight through the then approaching decade-long legal battle over Grand Central and the disputes with the real estate industry and individual developers over the extension of the commission’s powers to designate both the interiors of buildings and entire neighborhoods as landmarks. . 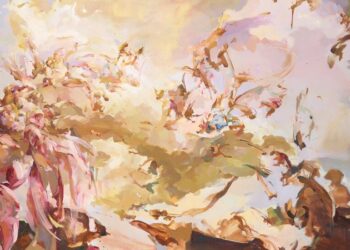 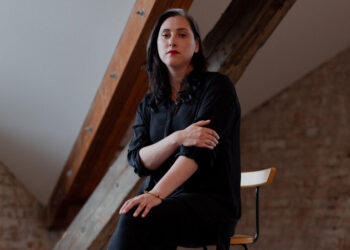 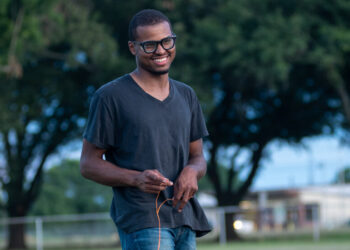