How do you make flower arrangements that last? 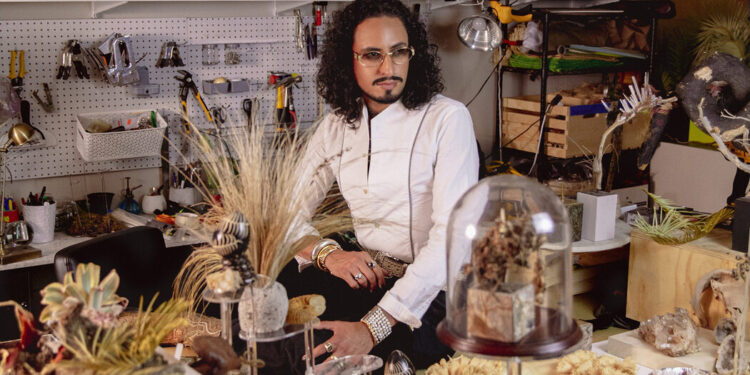 When the artist and floral artist Lutfi Janania was a teenager, his parents built a house in a biosphere reserve in San Pedro Sula, Honduras. His father, Omar, a surgeon, oversaw the construction of the house, but he let Janania choose the color of the facade. Janania went with cherry red. “I can’t believe my parents trusted a young gay boy with that decision,” he said from his studio in the Bushwick neighborhood of Brooklyn on a recent July afternoon.

It’s an anecdote told in passing, but it captures the dramatic flair and love of the home that nurture Rosalila, the design studio he founded in 2020. In addition to creating lavish floral arrangements for the fashion brand Mara Hoffman, the Bergdorf Goodman department store and the Buccellati jewelry line, he also creates sculptural works that often incorporate less traditional natural materials, such as dried botanicals and gemstones. Some of these pieces are purely decorative, such as “The Centipede Study” (2020), a wall hanging that re-imagines the titular arthropod using curled sabal palm (the profuse leaves evoke sharp-tipped legs), fluffy heliconia, preserved grasses, and shells. mounted on linen. Others are also functional, such as a series of large mirrors framed by woven palm fibers manipulated into a variety of pleats and ruffles, which he started making a year ago. The effect is what you could describe as Caribbean Baroque. “We want to be in people’s homes in a beautiful way, where it’s romantic and elegant, nostalgic and traditional,” he says.

Whatever the project, Janania draws inspiration from personal experiences. Last spring he was selected to participate in ‘Flower Craft’, an exhibition at the Museum of Art and Design in New York, where he showed for the first time several earthenware pots that he had designed and manufactured in his home country. Many of them sported the silhouette of the sabal palm – Rosalila’s signature motif – which was cast in relief using smoke-burning techniques used by the Lenca, Honduras’ largest indigenous community, with ties to the Maya of pre-Columbian South America. To accompany the ceramics, Janania built a wall of greenery with coconut palm fronds, plumosa ferns and ruscus plants and conjured up the mountainous forest he encountered daily as a child. Overall, the installation mixed Janania’s own past with a larger history with which he has long felt connected. “I remember visiting the ruins as a kid and being in that almost powerful, energetic space,” he says. To him, the pyramids represented a “fantastic world that is not ours – but somehow at the same time.”

But while his creations can be whimsical, his path to success was defined by hard work. at 23, he moved from Honduras to New York and took a job with the menswear designer Carlos Campos. Later, after a stint as a freelance stylist, he started working for Rebecca Shepherd, the Brooklyn-based florist who taught him the trade. He went solo in 2019, looking for projects primarily because of their creative potential. (“We partner with someone we believe in and want to support, or we want to create work that we haven’t done before,” says Janania of Rosalila’s Guiding Principles.)

His career took a leap forward when he was commissioned to design the flowers for an event hosted by the artist Mickalene Thomas, whom he now considers a friend. “That was an iconic moment for me,” he says. Another milestone came in 2021 when he won the second season of HBO’s “Full Bloom”, a competition series for avant-garde florists in the form of “The Great British Bake Off”. “It was the hardest thing I’ve done in my life,” Janania says, but it forced him to discover his voice, which he carefully differentiates from his vision — which, he says, has always been there. In that sense, “Full Bloom” was a culmination of all the risks he’d started taking years earlier. “I came from a conservative environment where I couldn’t be queer,” he says. “And then, as an adult in New York City, I kind of found myself.”

In conversations, Janania often mentions community, something he is constantly looking for – and wants to preserve. He cherishes his current neighborhood partly because of the black and brown inhabitants. (“I can speak Spanish here for days,” he says.) He stays close to his family in Honduras and even remotely employs his sister, Yazmin, as part of Rosalila’s management team. The sisal he used for the “Flower Craft” project came from his mother, also known as Yazmin, who collected it in the countryside of San Pedro Sula. He hopes one day to open another studio in Honduras so that he can use the plant extracts grown on his family’s land for more of his designs.

As he continues to expand his practice, Janania remains focused on the beauty of details, and he is eager to share his wisdom with others. If someone wants to spice up their place for dinner, but can’t afford one of their arrangements, don’t worry. “You can make nice, beautiful things with flowers from the bodega,” he says, recommending carnations. “They are looked down upon, but they are such a strong flower. They stay around for about three weeks.” He also suggests the classic bud vase, which can create the illusion of abundance on a smaller scale. When filling, one might try to channel the spirit of Janania rather than imitate his designs. “I’m interested in seeing similarities in things, between what’s human and what’s animal and what’s botanical,” he says. “I like to dot the i’s and cross the t’s and create something that people can to feel.” 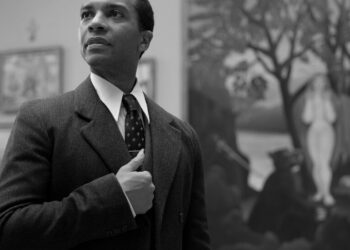 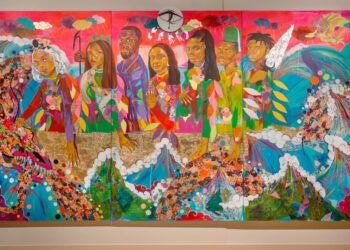