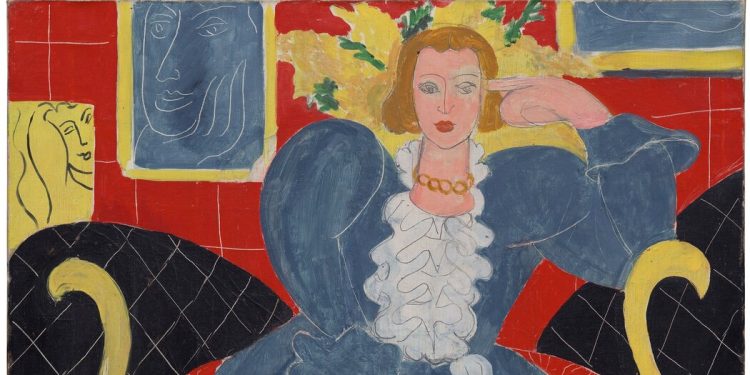 In 1930, Albert Barnes, the art collector and founder of the Barnes Foundation, did something daring: He asked Henri Matisse, who visited the United States as a judge for the Carnegie International Exhibition in Pittsburgh, to create a huge painting. Matisse, then 60, had not completed any paintings in the past year.

Lucky for Barnes — and, it turns out, for Matisse.

The result, a 45-foot-tall, three-part representation of dancing figures that Matisse completed in France, called “The Dance” (1932-33), gave his career a new impulse, prompting him to return to painting easels with new techniques, including the use of pre-colored paper he cut to plan his compositions.

The innovative decade that followed is the subject of a new exhibition, “Matisse in the 1930s,” which will open in October at the Philadelphia Museum of Art. The show, believed to be the first major exhibition to focus on this decade of the painter’s life, is a collaboration with the Musée de l’Orangerie in Paris and the Musée Matisse Nice. It will feature more than 100 drawings, paintings, prints and sculptures and works from public and private collections in the United States and Europe. It will also include archive photos and documentaries.

“The Barnes mural came at the right time because it had gone through a fallow period,” Matthew Affron, the curator of modern art at the Philadelphia Museum of Art, said in an interview. “It brought him back in a new direction.”

Highlights include “Large Reclining Nude” (1935); a ten-foot ink drawing to the scale of the central figure of the Barnes mural (1930-31); and “Woman in Blue” (1937), a portrait of Matisse’s principal model, Lydia Delectorskaya, with a ruffled silk bodice and a matching skirt that she sewed at his request. (The actual skirt will also be on display.) Also on display will be “Le Chant” (1938), a 3-foot-tall decorative painting with a cutout at the bottom, which once stood above the fireplace in Nelson Rockefeller’s Manhattan penthouse was standing .

The exhibit, which Affron said was about five years in the making, will be on display in Philadelphia from October 19 to January 29, 2023. She will then travel to the Musée de l’Orangerie in Paris from 27 February. to May 29, 2023, followed by a stop at the Musée Matisse Nice from June 23 to September 24, 2023.