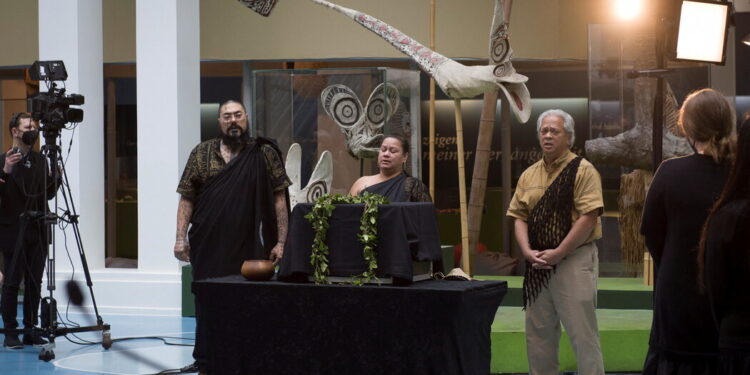 In contrast, the University of Göttingen is transferring 13 Hawaiian remains less than six months after receiving a claim, Ferreira said. “It’s an impressive timeline — because they want to do the right thing,” he said.

One of the largest German collections of human remains is in Berlin. In 2011, the Prussian Cultural Heritage Foundation, which oversees several major Berlin museums, said the Hawaiian skulls are among the roughly 7,700 such relics it had received from the city’s largest hospital. Many were in bad shape.

Hermann Parzinger, the foundation’s chairman, said the researchers examined the skulls to identify their origin and return them. In addition to identifying the remains of Hawaii, they also traced more than 1,000 of the skulls to parts of East Africa that had been under German rule, he said.

However, it would be more difficult to trace the origins of some of the other skulls in the collection, said Bernhard Heeb, a scientist who worked on the project. The only surviving documentation for the Hawaiian remains turned out to be a handwriting in ink on each skull, bearing an inventory number, a date, where it was found, and the name of the researcher who removed it from Hawaii: Hermann Otto Finsch, a 19th century naturalist.

Finsch said he discovered most of the remains on Waimanalo Beach on O’ahu Island around 1880. His diary, which Heeb tracked down in Vienna, suggests that he stumbled upon an ancient cemetery uncovered during an earlier archaeological dig.

“The skeletons were, or originally lay, a few feet deep, under the grassy ground, and when the sea rose, they were uncovered,” Finsch wrote in the magazine. “I took almost everything that stood in the way of usable skulls and left only broken ones, as well as maybe a dozen with no lower jaws. But careful excavations can reveal much more.”