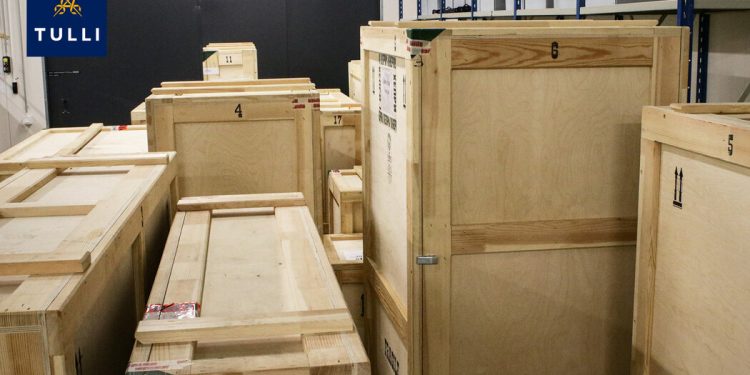 The Finnish Foreign Ministry said on Friday it had authorized the return of three shipments of Russian art that had been loaned to museums and galleries but seized by Finnish customs officials on their way back to Russia.

The paintings and sculptures, valued at 42 million euros ($46 million), were on loan from Russian museums to institutions in Italy and Japan. They were seized last weekend at Vaalimaa, a Finnish border crossing, on suspicion of violating European Union sanctions imposed after Russia’s invasion of Ukraine.

Hanni Hyvärinen, a spokeswoman for the Finnish Ministry of Foreign Affairs, said in a telephone interview that the decision was taken in cooperation with European Union authorities. In a statement, the ministry said the union plans to exempt certain cultural goods from sanctions.

Jacob Kirkegaard, a senior fellow at the Brussels office of the research group the German Marshall Fund, said: “Often cultural items are exempt under these kinds of sanctions because they are non-monetary and not directly related to the war effort. †

The seizure had raised substantial questions about how Europe might deal with the return of art on loan from Russian museums, which for decades have sent some of the world’s greatest art to exhibitions that gave audiences in the West a glimpse of cultural treasures rarely travel.

Most recently, art from the State Hermitage Museum in St. Petersburg and other Russian institutions has been featured in museums in Paris, London, and Rome.

Proponents of cultural exchanges as bridge builders had hoped that officials would abide by international agreements governing such loans. But other analysts said art closely tied to the Russian state or sanctioned individuals could be legitimate targets of sanctions designed to isolate Russia from a war targeting civilians and destroyed cities.

Hyvärinen could not confirm whether art had already left Finland.

Russian Culture Minister Olga Lyubimova posted on the Telegram messaging app that European authorities had clarified that the exhibits that took part in European exhibitions are not on the sanction list.

She said the artworks had been shown at two exhibitions in Italy – in Milan and Udine – and that they featured work from collections at the Hermitage and the museum reserves of Tsarskoye Selo, Pavlovsk and Gatchina; the State Tretyakov Gallery; and the State Museum of the East.

Works on display at the Chiba City Museum in Japan were from the Pushkin State Museum of Fine Arts. Lyubimova said Russian authorities had already started organizing the return of the collections.

The long-term impact of the war on collaborations between Russian and European museums is still unclear.

Since 2011, Russian state museums have refused to lend artworks to museums in the United States, fearing they would be confiscated, and some European art scholars feared a similar freeze could now take place between Russian museums and those in Western Europe.

The governments of Austria, Britain, the Netherlands and Spain have already asked cultural organizations not to cooperate with Russian state museums, even though they have been planning exhibitions with them for years. Russia has also stopped some international collaborations.

Thomas C. Danziger, an art market attorney who advises on international loans, said the release of the artworks in Finland did not allay his fears about a chilling effect on loans.

“The underlying basis for international loans of artworks is trust in your counterparty,” he said. “The seizure of these works – even though they have been released – erodes the international art world’s trust in this system.” He said that “even the slightest risk of a work of art not being returned by the borrower would be enough to kill many – if not most – future international loans.”

Mr Kirkegaard said that since art can have great symbolic value, European authorities may have decided that keeping the artworks was not worth its potential propaganda value to President Vladimir V. Putin, as the seizure “could play into his story.” that this is really about the West that Russia wants to destroy.”

After customs officials halted works on the border, Finnish authorities suggested the seizures were justified because the artworks could be classified as “luxury goods” – a category the EU has recently included in sanctions. But analysts said this category of sanctions probably wasn’t intended for art owned by museums.

Daniel Fried, a former State Department official who coordinated sanctions policy during the Obama administration, said cross-border art could be seized under European sanctions rules if it were privately owned by an oligarch or another person or entity on the sanctions list.

But even if works of art qualify for sanctions, under current European Union regulations, they would only be subject to an “assets freeze” — not confiscation. “You can’t access it anymore,” said Jonathan Hackenbroich, policy officer at the European Council on Foreign Relations in Berlin.

In the same way that Western authorities have recently seized yachts and other belongings belonging to oligarchs, ownership of the art would not be transferred and would still belong to the original owners, to be returned to them if the sanctions are lifted.

Alex Marshall contributed to the reporting.