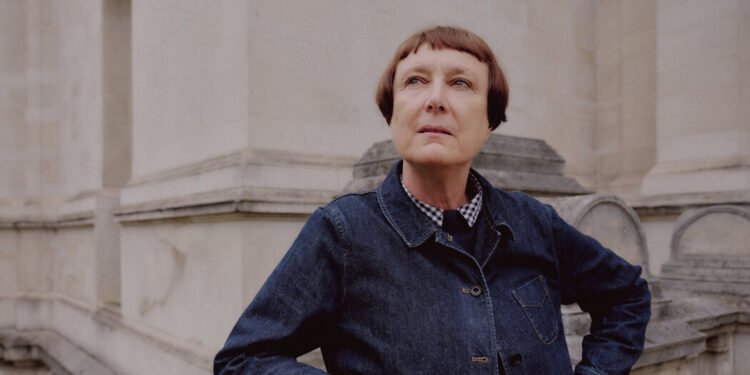 Curator Jonathan Watkins, who commissioned “Cold Dark Matter” when he was director of the Chisenhale Gallery in London, said Parker’s work was attuned to accident, violence and absurdity, trying to shape events from the chaos of the universe . “She has this extraordinary ability to touch things that really matter,” he said.

Parker was born in 1956, the second of three girls in a Catholic family, and grew up on a small farm in northern England. She grew up milking cows and mucking out stables.

As a child, she was told very little about what happened to her mother, who had schizophrenia and was in hospital, Parker recalled in an interview at her breezy London home. Her father was an abusive man, she said, and her childhood was “pretty rough.” It’s no surprise, then, that Parker’s work is so alert to random acts of aggression and hidden stories.

When she was a kid, she added, “was made to feel guilty for playing” and “should sneak away” to do it. “Since then, I’ve associated making art with play,” she said. “Part of me feels guilty for doing it.”

There were deep ties to Catholicism in Parker’s work, said historian and critic Marina Warner, who wrote an essay for the show’s catalog. For example, she cited an installation called “The Maybe” that Parker created with actress Tilda Swinton in 1995 at the Serpentine Gallery in London. In that work, Swinton slept in a glass display case for a week, eight hours a day.

Warner said Swinton was “kind of like one of those mummified saints who aren’t meant to be mummified, but have been miraculously preserved for their holiness.”