Using Podcasts to Extend the Reach of Smaller Museums 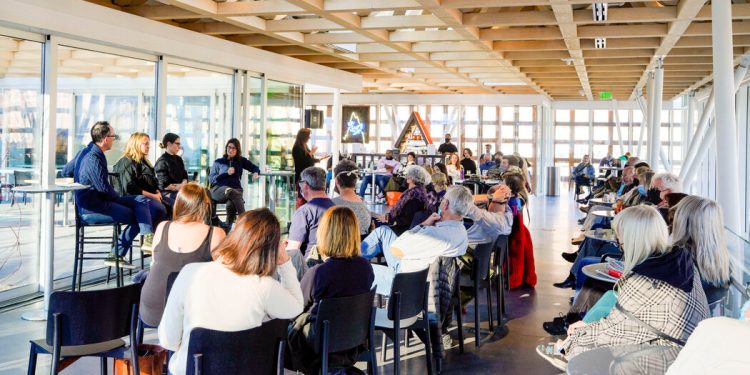 In a recent episode, ‘Awkward Questions for Kara Cooney’, Jeannie Kenmotsu, Arlene and Harold Schnitzer’s curator of Asian art, led a discussion about the traveling exhibition ‘Queen Nefertari’s Egypt’. In October, Ms. Cooney, a professor of Egyptian art and architecture at UCLA, delivered the virtual museum lecture “When Women Ruled the World.”

Ms. Kenmotsu kicked off the episode by acknowledging that the conversation and exhibition, which began at the Museo Egizio in Turin, Italy and is now on display at the New Orleans Museum of Art, raised questions in the community surrounding ethics, race, power. , the role of museums and ‘grave goods’.

Perhaps the most far-reaching of this class of podcasts is the Philbrook Museum of Art’s “Museum Confidential,” currently on its sixth season, with approximately 100,000 subscribers. The host, Jeff Martin, Philbrook’s online community manager, describes it as a “strange mix” of a museum conference, “A Prairie Home Companion” (Mr. Martin writes fake museum-focused ads for every episode), and “Radiolab.”

Episodes range from museum unionization and the 1921 Tulsa race massacre to interviews with rapper Killer Mike about membership on the board of the High Museum of Art in Atlanta, and, recently the artist Lilianne Milgrom, who spent six weeks painting a recreation of Gustave Courbet’s “L’Origine du monde” (1866) at the Musée D’Orsay.