5 monologues, each a showcase for Asian-American actors over 60 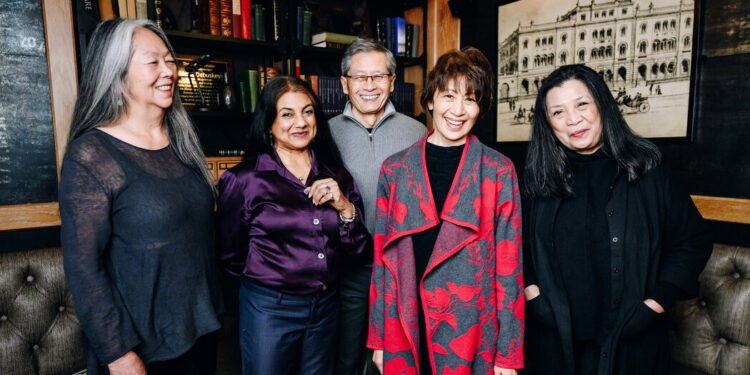 Waters and Katigbak said the playwrights were given no specific directions, other than that their monologues should be “of the moment.” Given that they were created during the pandemic, almost all works permeate isolation – and an examination of how loneliness metastasizes and manifests itself when family and friends are close to abandoning you.

In a roundtable discussion earlier this month, the actors said that living through the past few years has made them deeply acquainted with the feeling.

“My mother, who turned 97 in August, sits at home all day and watches TV because all her friends are gone,” said Glenn Kubota, who will appear in Iizuka’s monologue. “Seeing what she needs to do every day to amuse herself is really an eye opener. I’m getting a glimpse of what I’ll be dealing with in 10, 20 years.”

Many of the works are also at least somewhat autobiographical. And a few playwrights, all under the age of 60, have created characters that resemble one of their parents. In some cases, in the process of acting, editing, and practicing, the characters have evolved as their creators have thought more deeply about themselves and their loved ones.

The monologue by Iizuka, whose well-known “36 Views” opened to the public nearly twenty years ago, is about a Japanese man who, as he peels off the layers of his life, recounts the time when a bomb fell on his house, causing him to brought to wander around Tokyo and end up in a candy store.

Iizuka said the character has been heavily influenced by her father, who passed away in December 2020. “It’s about trying to find joy and pleasure, but also running into your own mortality,” she said.

She shared photos of him with the show’s creative team, who in turn provided them to Kubota. Iizuka said the actor has an “uncanny ability” to capture her father’s “feisty, tart-tongue humor”.