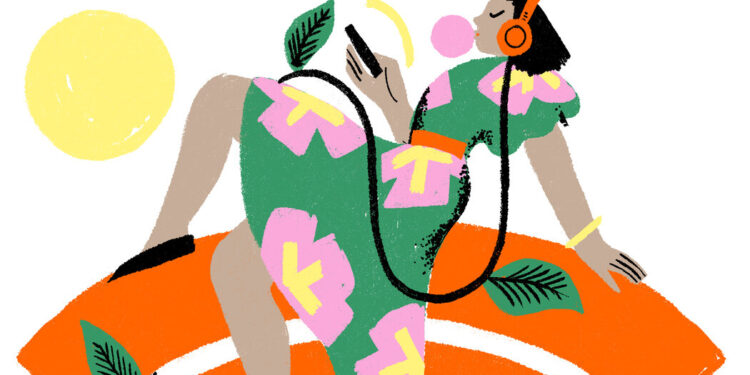 This isn’t your standard movie review podcast — instead, as its official tagline goes, it’s “a podcast with feelings” that just happens to be about movies. Journalist Sarah Marshall is the co-creator and host of the popular podcast “You’re Wrong About,” where she is known for re-examining maligned and misunderstood cultural figures (most of them women) with striking compassion. In “You Are Good,” she and her co-host, Alex Steed, take a similar empathetic approach to cinema, exploring films like “Heathers,” “Titanic” and “A Star Is Born” (the Bradley Cooper-Lady Gaga version) through the lens of the emotions they evoke. The show originally focused on father figures in film (under the title “Why Are Dads”), but has since broadened its aspirations, and the conversations between Marshall, Steed and their guests strike a warm, charming, disjointed tone that is both sociable and feels insightful. †

Practicing gratitude has been shown to improve mental health, sleep quality and resilience, and if you’re looking for inspiration, this show is essentially a gratitude journal in audio form. In every episode of “Wonderful!” Griffin and Rachel McElroy’s husband-and-wife team talks about the things that currently make them happy, no matter how big or small: snacks, fictional characters, poetry. They also read letters from listeners who share their own “little miracles” from everyday life. The premise may sound corny, but there’s an air of genuine enthusiasm and friendliness here that will delight even the most cynical listeners.

Starting Episode: “Half Past Puffs Time”

When the world feels overwhelming, focusing on small details can be a useful grounding exercise. This whimsical, learning-focused comedy podcast is so soothing, in part, because it invites listeners to slow down and take a second look at things they take for granted. Each week, the quadruple “Jeopardy!” Champion Alex Schmidt is joined by one or more fellow writer-comedians, who help him delve into the unexpectedly rich stories behind seemingly mundane things like doorknobs, beans, or the letter X. Though it might be tempting to skip episodes that sound boring , part of the fun of “Screetly Incredibly Fascinating” is being surprised by what interests you.

Writer and comedian Karen Kilgariff is best known to podcast fans as one half of the duo behind “My Favorite Murder.” But several years before the launch of that real-life crime juggernaut, Kilgariff started hosting the chat show “Do You Need a Ride?” alongside Chris Fairbanks, an actor and comedian. In the show’s original format, Kilgariff and Fairbanks interviewed their guests as they drove them to or from the airport, making their way through Los Angeles traffic in “a 2008 Honda Accord mobile sound studio.” Although the pandemic has limited car journeys, “Do you need a ride?” remains as entertaining as ever – Kilgariff’s effortless back and forth with Fairbanks is half the appeal, and their welcoming episodes are often gems.