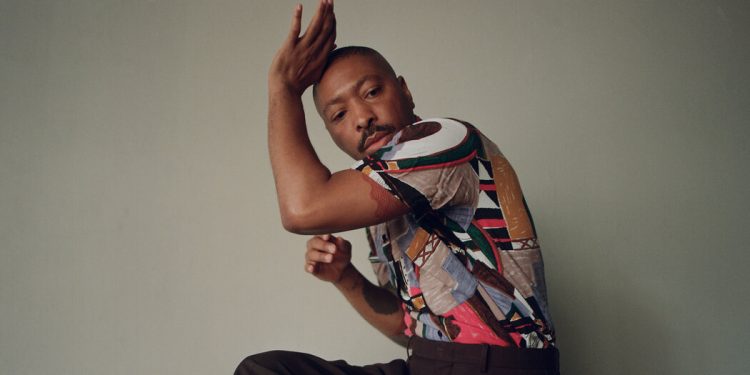 In a portion of Kyle Abraham’s final full-length work, “An Untitled Love,” four women sit on a pink plastic-covered couch, a patterned carpet at their feet, gesturing in cool, flirty unison: crossing their ankles, rolling their shoulders, with one hand in the air. Occasionally they burst into chatter, or saunter over to other dancers meandering past. The steady, sultry groove of D’Angelo’s “One Mo’Gin” animates the scene.

Since founding his New York-based company — now called AIM by Kyle Abraham — in 2006, Abraham, 44, has often worked on the struggles, past and present, of being black in the United States. His propulsive, deeply musical dances, for his own company and larger companies such as Alvin Ailey American Dance Theater, have dealt with police brutality, mass incarceration, and other legacies of slavery. He had a different mood in mind for ‘An Untitled Love’, which will premiere in New York on Wednesday at the Brooklyn Academy of Music.

“I wanted this work to focus on joy and celebration and love,” he said in a recent video interview from Santa Barbara, California, where AIM was on tour. “I wish we could have fun.” To songs by D’Angelo — Abraham calls himself a Day 1 D’Angelo fan — the show sprang from a desire not to ignore the painful reality, he said, but “to highlight the beauty in our culture, the way where we love and love one another.”

As he pondered love, Abraham thought of his parents and their social circles in his hometown of Pittsburgh: gatherings in living rooms, at church, at the barbershop, and at the hair salon. His mother was a public school teacher, academic counselor and principal; his father was a social worker and coached sports teams. Both died when Abraham was in his thirties, and memories of their relationship, which spill over into memories of friends and family, animate the work. Vibrant colors and diverse patterns add warmth to the stage, thanks to Karen Young’s costumes, Joe Scully’s lighting and set design, and illustrator Joe Buckingham’s backdrops.

Catherine Kirk, a dancer with AIM since 2013, described the show in a phone interview as “a Black love sitcom dance — it’s fun, it’s outgoing, it’s a good feeling.” Rehearsing for months, even years to D’Angelo’s music (the premiere, originally scheduled for spring 2020, was postponed due to the pandemic), has reminded her of her deepest reasons for dancing. “I find that I’m getting more into why I love to dance,” she said, “why dance is spiritual and it’s a language among people, not just technique and institutions. I think his music helps to reject that.”

When the pandemic hit, Abraham resisted rehearsing on Zoom (“I wanted to avoid it at all costs”). Instead, a company member suggested a viewing or lecture each week related to “An Untitled Love,” and the group would meet online to discuss. Their long and tortuous conversations, Abraham said, gave him “a sense of strength and purpose” during a difficult time.

This week has been a busy week for Abraham, with his extravagant, iconoclastic “The Runaway,” created in 2018 for New York City Ballet, back on stage at Lincoln Center Tuesday through Thursday. He also choreographs his first one-act play for the Royal Ballet (he made a shorter piece for the company last year), to a contemporary classical score by Ryan Lott; he returns to London to put the finishing touches on the premiere on March 24. When not on the road, he lives in Brooklyn and Los Angeles, where he teaches at the University of Southern California.

From his hotel room on a Friday night, Abraham reflected on his inspirations for “An Untitled Love” and the ups and downs of his ballet company projects. Here are edited excerpts from the conversation.

What are some of the memories that inspired “An Untitled Love”?

There is so much, really. I’m one of those kids who grew up on my mom’s side. The grown up parties – for whatever reason I got to be there, cards with the grown ups and all. The teasing we play with at work, some of it was a nod to my relationship with my mother and our humor. We were fat as thieves, the two of us.

The styling I was interested in, the vibe, also ties into my childhood and being with my parents, like the plastic cover on the couch – we had one – or this kind of texture or pattern conflict. I thought about my mother and her friends just sitting on the couch talking. A lot of them worked for the Pittsburgh public school system, so they stopped by on Saturdays to hang out and gossip. That’s all in the work.

Did you think about your parents’ relationship?

I certainly thought of my parents and their love. When my father had aphasia, one of the only things he could say was my mother’s name, or tell her he loved her, out of the blue. Even when we weren’t super close, when I was a little kid – we got closer later on – he would always have me to help him pick out her gifts. To this day, I know the Ludwig Flowers flower man on the north side of Pittsburgh, because on a whim, my dad always sent my mom flowers.

You’ve also talked about this show as a love letter to D’Angelo’s music. What do you appreciate about his work?

There is so much to love. There’s funk, there’s depth, there’s a sense of community or a cultural moment that people can connect with, when they hear the Brown Sugar album or the Voodoo album for the first time, or the 100th time because you didn’t want to stop playing it.

It was also difficult, because I didn’t want to hear the music so much that I never wanted to hear it again. I didn’t want my connections to it to be diluted by the science of creating a work.

Does the music still feel fresh to you?

super fresh. Some things are even increased. You know how when you’re in a place with a jukebox, you can tell who picked which song by their reaction when the song comes on? They look around a bit. There’s one song on this show – when it falls, I look around. I’m like, “Anyone? Anyone? Is this your jam too?”

“Lady.” We just had our show in Seattle last night – the company’s fourth time performing there. The Seattle crowd has always been super quiet. But last night, when “Lady” came up, I heard someone say, “Mmm, okay!” [Laughs.] I thought, “Yeah, it works!”

While “An Untitled Love” is in Brooklyn, “The Runaway” is back on stage at the New York City Ballet. Have you seen it since it premiered a few years ago?

No, but I’ll be there this month. I recently saw a rehearsal on Zoom and I got very emotional in a good way. The last part that people see, that wasn’t the last part originally – I may have made it in the last two rehearsals. We had a whole different section, a whole different number that we used. I said to the dancers, “I could go the other way, or we could just continue what we’ve been working on.” And they said, “Just keep trying with what you want to discover.”

That support is so special. They could have called it and said, “Listen, we don’t have time to learn more choreography.” But they wanted it to be at its best. That really gives me goosebumps.

What are you working on for the Royal Ballet?

This is the first ballet in one act commissioned by a black choreographer for the main stage of the opera house. [Robert Garland, of Dance Theater of Harlem, made a work for the Royal’s smaller Lindbury Studio Theater in 2004.] I tell that to my students and they get excited. But it actually makes me very sad. Like, how long the company has been around, how is this possible?

I think of someone like Ulysses Dove, and the work he did like “Dancing on the Front Porch of Heaven” for Royal Swedish Ballet, or works he made for New York City Ballet. Didn’t he lose his life way too soon? [to complications from AIDS, in 1996], he would ideally have been there for me. It would have been so wonderful to be able to talk to him and learn from him. I study his Charlie Rose interviews and all the footage I can find online.

Is your piece a tribute to him?

I don’t know if it’s going to read into the choreography. But I spoke to one of my closest friends, the choreographer Darrell Moultrie, and he said, “Whatever you do, if it was meant to honor Mr. Dove, it will come through.” So I’m just trying to sit with that and not get overwhelmed by reading a certain kind of story. I am now in a place where I absolutely want to make this work the best I can, while honoring Ulysses Dove and his legacy as best I can.