A science fiction writer returns to Earth: “The real story is the one facing us.” 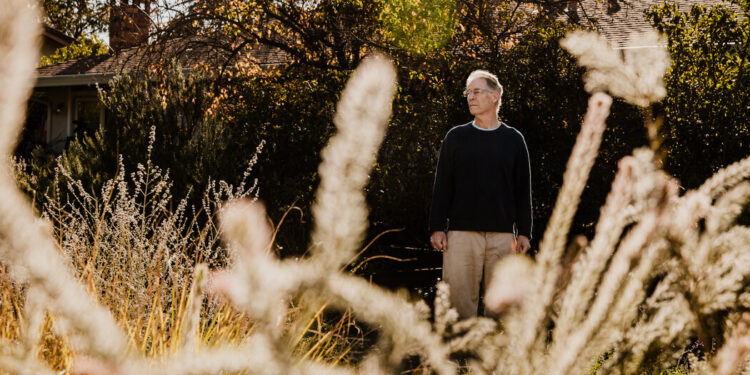 Last fall, science fiction writer Kim Stanley Robinson was asked to predict what the world will look like in 2050. Speaking at the UN Climate Change Conference in Glasgow, the atmosphere at the summit – billed as the “last, best hope” to save the planet – was bleak.

But Robinson, whose novel, The Ministry for the Future, charts a path for humanity that narrowly averts biosphere collapse, sounded a note of cautious optimism. Sometimes overcome with emotions, he put forward the possibility of a near future marked by “human achievement and solidarity.”

“It shouldn’t be a lonely daydream of a writer sitting in his garden imagining there could be a better world,” Robinson told the crowd.

It’s a tough time to be a utopian writer, or any utopia for that matter. Disaster-filled dystopian tales abound in movies, television, and fiction; news headlines border on apocalyptic. Other masters of utopian speculative fiction – giants like Ursula K. Le Guin and Iain M. Banks – are gone, and few are filling the void. At the same time, utopian stories have never felt so necessary.

“You could probably name the most important utopian novels on the fingers of your hand,” Robinson said in an interview. “But they’re remembered and they shape people’s perceptions of what’s possible that could be good in the future.”

At 70, Robinson — widely hailed as one of the most influential speculative fiction writers of his generation — may well be the last of the great utopians. It can be lonely work, he said. But lately, his writing has had an impact in the real world, as biologists and climate scientists, tech entrepreneurs and CEOs of green tech start-ups have seen his fiction as a possible roadmap to avoiding the worst impacts of climate change. .

At the United Nations climate summit last fall, Robinson was treated as a quasi-celebrity. He met diplomats, ecologists and business leaders and advocated implementing some of the ambitious ideas in his fiction – geoengineering to prevent glaciers from melting, replacing airplanes with solar-powered airships, reordering the economy with quantitative easing of carbon, with a new cryptocurrency that could fund decarbonization.

“These are thoroughly researched, plausible futures he writes about,” said Nigel Topping, Britain’s high-level climate action champion, who invited Robinson to the summit.

Robinson’s ability to weave dense scientific and technical details, economic and political theories, and idiotic policy proposals into his fiction has made him a prominent public thinker outside of the sci-fi sphere.

In some ways, Robinson’s path as a science fiction writer has taken an odd trajectory. He made a name for himself writing about the distant future of humanity, with visionary works on the colonization of Mars (“The Mars Trilogy”), interstellar, intergenerational journeys to deep space (“Aurora”), and the expansion of humanity to the far reaches of the solar system (“2312”). But lately, it’s been circling closer to Earth and to the current crisis of catastrophic warming.

Futuristic stories of space exploration now feel irrelevant to him, Robinson said. He has become skeptical that humanity’s future lies in the stars, despising the ambitions of tech billionaires to explore outer space, even though he acknowledged, “I am partly responsible for that fantasy.”

In his more recent novels — works like “New York 2140,” a strangely uplifting climate change novel set after New York City is partially flooded by rising tides, and “Red Moon,” set in a lunar city in 2047 — he has traveled back in time to the present. Two years ago, he published ‘The Ministry for the Future’, which starts in 2025 and will unfold in the decades to come as the world teeters on floods, heatwaves and mounting ecological disasters, and an international ministry is established to protect the planet. .

“I decided it was time to jump right into the topic of climate change,” Robinson said. “The real story is the story we will face for the next 30 years. It is the most interesting story, but the stakes are also the highest.”

Robinson’s latest book, “The High Sierra: A Love Story,” is unlike any of his previous books: it’s Robinson’s first major nonfiction book and the most personal he’s ever published.

In the book’s 560 pages, Robinson weaves together a geological, environmental, and cultural history of California’s High Sierra mountains, with his own story of falling in love with the region as a young man in the 1970s and returning over the course of the decades. Interspersed with dense chapters on granite composition, plate tectonics, glaciation, and the range’s flora and fauna — describing marmots, the large, crazy-looking rodents that thrive there, as “wonderful humans” — Robinson recounts his adventures in the backcountry and shows how they have shaped him and his work.

He records snippets of poetry he wrote while backpacking, describes experimenting with psychedelics in his twenties and recalls his relationships with his literary heroes – science fiction writers like Le Guin and Joanna Russ, as well as the Zen Buddhist poet Gary Snyder, who praised Robinson for bringing “an entirely new language” to his Sierra book.

The book also offers a glimpse of how Robinson’s time in the wilderness instilled a reverence for the natural world that saturates his science fiction. Robinson often based his descriptions of Martian landscapes on his observations of the ethereal peaks, valleys and basins of the Sierra, sometimes using notes from his hiking diaries directly in his novels. When writing about space exploration, he drew on the sometimes otherworldly feeling that being in the mountains gave him—the excitement, isolation, and sense of his own insignificance in a geological timeframe.

His turn to nonfiction and autobiography nearly 40 years into his career has taken many longtime readers by surprise – and even Robinson himself. He has always considered himself boring, ‘a white bread houseman in the suburbs’.

“My sense of being a novelist was get out of the way,” he said. “It’s not about me, don’t mind the man behind the curtain.”

Robinson spoke to me several times from his home in West Davis, California, where he lives with his wife, Lisa Nowell, a chemist, in an environmentally sustainable planned community called The Villages. Most days he writes at a table in their front yard, with a tarp to keep him dry when it rains and a fan to cool him down when it’s hot, though lately, he said, he hasn’t been writing as much as he does. . would like. He recently returned from northern India where he spoke at a climate conference hosted by the Dalai Lama. Later this month, he will travel to Davos, Switzerland, where he will lecture on combating climate change at a conference hosted by the Swiss Federal Institute of Technology.

Being a sought-after and somewhat reserved public intellectual, Robinson struggles to find time to embark on a new novel. But he’s also been reassured by the enthusiastic response to his climate fiction, and has begun to map out ideas for new work that build on the story he told in “The Ministry for the Future,” he said.

Robinson discovered his love of science fiction at the University of California, San Diego, where he studied literature and received his PhD. in English. Literary critic Fredric Jameson, who was a professor there, urged him to read Philip K. Dick—and Robinson was hooked.

In the 1980s, he published his first sci-fi series, a formally innovative trilogy that outlined three different futures for Orange County, California, where he grew up. Each book followed a classic futuristic sci-fi formula – a post-apocalyptic one, in the wake of a nuclear attack; one dystopian, amid the ruins of uncontrolled suburban sprawl and environmental degradation, and one utopia, as the region evolved into an ecological paradise. The trilogy, “Three Californias,” was nominated for major science fiction awards. Robinson was praised in DailyExpertNews for “inventing virtually a new kind of science fiction.”

Since then, Robinson has experimented liberally with sci-fi tropes, writing everything from an alternate history of China to an epic about deep space exploration to a speculative historical novel set in the Ice Age. But he is best known for his thoroughly researched utopian stories, which use science fiction as a framework to explore alternative social, economic and political systems.

Writing utopian fiction is difficult, Robinson said: It is not easy to write a gripping story about the mechanisms that drive social progress.

“Novels are really about what happens when something goes wrong,” Robinson said. “When you propose plans for how things go right, it sounds like citizenship, it sounds like blueprints. The architectural blueprints of a utopia, I’ll show you how the sewage system works so you don’t get cholera. Well, that doesn’t sound exciting.”

But on the road to utopia, things can go horribly wrong, as in ‘The Ministry for the Future’, which begins when a devastating heat wave in India kills millions of people.

“As a utopia, it’s a very low bar,” Robinson said. “I mean, if we avoid the mass extinction event, we prevent everything from dying. Great, that’s utopia, considering where we are now.”

When Robinson is asked to predict the future, as he often does, he usually hedges. He’s argued that “we’re living in a great science fiction novel that we’re all writing together” — but he’s not sure if it will be a utopian or dystopian novel.

“No one makes a successful prediction of the future,” he said. “Except maybe by accident.”