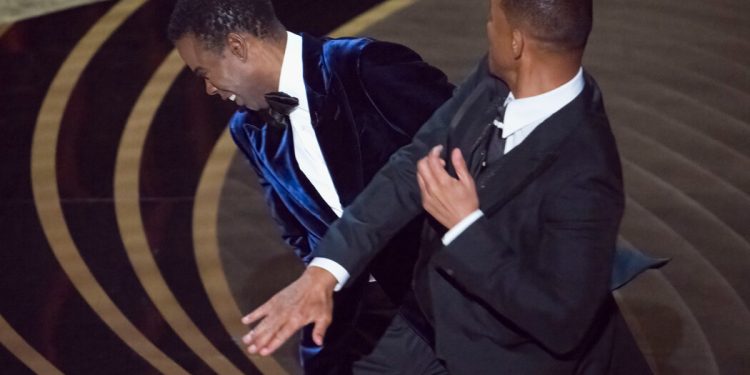 LOS ANGELES — The Academy of Motion Picture Arts and Sciences said on Friday that Will Smith will not attend the Oscars for a decade because of the “harmful behavior” he displayed when he punched comedian Chris Rock at last month’s ceremony.

The ban came a week after the actor resigned from the organization following his violent outburst on the Oscar stage on March 27.

In an open letter released after a morning meeting of the academy’s 54 governors, the group’s chairman, David Rubin, and its chief executive, Dawn Hudson, also called Mr Smith’s behavior “unacceptable” and admitted that they had not handled the situation properly during the broadcast .

“We are sorry,” the statement said. “This was an opportunity for us to set an example for our guests, viewers and our Academy family around the world, and we came up short — unprepared for the unprecedented.”

Mr Smith said in a statement that “I accept and respect the Academy’s decision.”

The academy praised Mr. Rock continued for “keeping his composure under extraordinary circumstances” and thanked others involved for “their poise and grace during our broadcast.”

The altercation between Will Smith and Chris Rock

Mr Smith seemed to anticipate the possibility that he might not be welcome at future ceremonies in the emotional and polarizing acceptance speech he held after winning the Academy Award for Best Actor, which he ended by saying, “I hope the academy invite me back. Thank you.”

Barring Mr. Smith from next year’s ceremony means he won’t be able to award the Best Actress Oscar, a tradition in which the previous year’s Best Actor winner presents the Best Actress award, and vice versa.

The penalty could also pose problems for the upcoming movie “Emancipation,” a $100 million drama for Apple. The film, directed by Antoine Fuqua and starring Mr. Smith as a runaway slave who joins the Union army is in post-production and has already been touted as a possible award winner.

Before mr. Smith resigned, the organization had considered removing or suspending the actor, who walked onto the Oscar stage mid-ceremony and Mr. Rock slapped for making a joke about his wife, Jada Pinkett Smith, before returning to his seat, where he shouted expletives that were beeped from the live television broadcast. Mr. Smith was allowed to stay at the Dolby Theater and shortly after his outburst he won the Academy Award for Best Actor and received a standing ovation.

Conflicting stories about what happened after the eruption have plagued the academy, which has been criticized for not immediately removing Mr. Smith from the theater. In defense, the group said last week that they had asked Mr. Smith to leave, but he declined.

The broadcast’s producer, Will Packer, later said in an interview on ABC’s “Good Morning America” ​​that although Mr. Smith had been asked to leave the ceremony, Mr. Packer had urged the academy not to “physically remove” him from the theater in the middle of the live broadcast.

Mr Packer said after learning that there were discussions about plans to physically remove Mr Smith from the venue, he approached academy officials and told them he believed Mr Rock “didn’t want to make a bad situation worse”.

But someone close to Mr. Rock, who was given anonymity to speak while the Academy’s investigation into the incident was underway, said Mr. Rock was never directly asked if he was Mr. Smith wanted to delete.

The academy is hopeful that today’s actions will bring an end to this incident, which has played out in the media for the past week and overshadowed the many accolades handed out during the annual broadcast.

“This action we are taking today in response to Will Smith’s behavior is a step toward a greater goal of protecting the safety of our performers and guests and restoring trust in the Academy. We also hope that this can be the beginning of a time of healing and recovery for all involved and involved.”