An Afrofuturism Festival Brings an Energy Shift to Carnegie Hall

The first time Sun Ra and his Arkestra played Carnegie Hall, in April 1968, they were shrouded in darkness for most of the show. Critic John S. Wilson, who reviewed for DailyExpertNews, was stunned. Wilson considered himself a Sun Ra fan, but he couldn’t understand why the cosmic keyboardist, bandleader and philosopher kept his ensemble’s prodigious “range of strange instruments” and “colorful costumes” out of sight on the country’s most prestigious stage.

The messages in Ra’s music and his puzzling public statements could have helped Wilson understand. “It seems that on this planet it has been very difficult for me to do and be of the possible” things,” Ra said in an interview for DownBeat magazine in 1970. “When I look at the world today and its events and the crop of possible things, I find the idea of ​​the impossible more and more.” For Ra, perhaps the most alluring impossibility of escape – disappearing.

The Arkestra returned to Carnegie Hall in February, nearly three decades after Ra’s death, to kick-start the venue’s first-ever Afrofuturism festival, a series of concerts on the major stages, with satellite events at smaller New York venues, around the country and online. Those programs include screenings of science fiction films made by black directors, comic book lectures, and social theory panels.

All can be traced back to Afrofuturism, an artistic movement that mixes realistic racial pessimism with daring fantasy, and which has become increasingly prominent in culture today. Afrofuturism picks up a more than age-old mode in black American art: fusing the tools of sci-fi and surrealism with the histories and belief systems of African societies, particularly in Egypt, Ethiopia and Nigeria, in search of new models.

“You can now call Afrofuturism the high culture of the African diaspora,” Reynaldo Anderson, a scholar at Temple University and co-founder of the Black Speculative Arts Movement, said in an interview. Sitting on the five-member committee of scholars and artists that organized the festival, he sounded well aware of the inherent contradictions of trying to bring a movement about denial and transcendence into the most institutional music hall in New York City.

“The Carnegie feature will be remembered as bringing all those discussions together in a mainstream setting,” he said. “I think we made the argument successfully.”

That’s partly because the artists they chose knew how to treat recovery as a viable alternative to escape. Camae Ayewa, a speculative poet and electronic musician who performs as Moor Mother, sat at the Arkestra towards the end of the set. “I’ve never been here,” she said, calling to Ra above the cloudy, thumping swing of the large ensemble. “From 1619 to Wakanda I don’t exist/Whose is this map? Whose timeline?”

The festival’s performances were full of moments like these: distortions of space, caught between gratitude and mistrust. All the performers seemed genuinely excited to be there, and nearly all of them went out of their way to say how welcomed they had been by the staff and curators. Most also expressed some kind of surprise.

Her songs are mostly in Bambara, which she sings to tight rhythms from the Wassoulou region of Mali or the highlife tradition of Ghana. She, too, insisted on the right to remain partially unknown. “A lot of people said to me, ‘Why don’t you sing in English?'” she mused between songs. “I don’t have to sing in English to get in touch with you!” A roar went up to agree, but the point had already been proven.

Diawara did one song in English: “Sinnerman”, the old spiritual and Nina Simone staple. By the time the quintet reached a gallop, many in the crowd had risen to dance, and those still in their seats seemed to be completely relaxed. It rearranged the energy in the room, made it rambunctious. Not long after, in an encore, she gathered about 10 spectators to dance with her, and the disorder spread to the stage.

There was nothing overtly futuristic about Diawara’s performance, and she was one of the few performers on the program who didn’t make it a point to nominally align with Afrofuturism. But it felt limitless, in a way that made you think about how tight this kind of energy is often asked to stay indoors when it’s not on stage.

Flutist Nicole Mitchell, on the other hand, often composes for her Black Earth Ensemble with the science fiction writings of Octavia Butler in mind. Mitchell and her band gave one of the festival’s most consistently breathtaking performances. Mitchell’s striped, boisterous flute and echo effects mix with the inchoate, chewed-up speech sounds of Mankwe Ndosi; the earthy, shifting beats of drummer Avreeayl Ra; and the contributions of a small crowd of acoustic instrumentalists, this was music with its own drive and story, but it seemed to make every move in anticipation of something much bigger to come. That big thing never quite arrived, which also felt good.

Detroit techno luminary Carl Craig led a group of four fellow synthesizer artists and a concert pianist, who all played together, and just about everything they did was magnificent. He leaned on fan favorites from the 1990s and delivered an important insight during his stage talk: Most of the beats he made as a young person, he said, were made with the idea that they could one day become the soundtrack to a Blade Runner movie.

Flying Lotus, arguably Craig’s best-known heir, opened the festival on February 12 and played a sold-out show at the nearly 3,000-seat Stern Auditorium, flanked by harpist Brandee Younger and violinist Miguel Atwood-Ferguson. Clothed in a white robe and crouched over what appeared to be an ice sculpture topped by a laptop, he ran through new and old material, heaving from excited beats to wide-open air landscapes that gradually curved and arched the three musicians. Abstract projections crept across the ceiling; the elegant overhead design became electric gunk.

The term “Afrofuturism” was coined by the (white) cultural critic Mark Dery in 1993, the year Ra died, in a series of interviews he conducted with black writers: Samuel R. Delany, a novelist; Tricia Rose, a hip-hop scholar; and Greg Tate, a music and culture critic. Those interviews, for a special issue of South Atlantic Quarterly magazine, are revealing in a number of ways. In it, Dery formulated the proposition of Afrofuturism as a riddle. “Can a community whose past has been deliberately erased and whose energy has subsequently been expended searching for legible traces of its history envision a possible future?” he wondered.

But Tate — an expert on jazz, film, comics, black history and cultural studies — responded, pointing out, “You can look back and think ahead at the same time.” In fact, that same action is central to black cultural practice, especially in music. “I see science fiction as a continuation of a vein of philosophical inquiry and technological speculation that begins with the Egyptians and their incredibly detailed meditations on the afterlife,” Tate said.

Tate’s sudden death in December, at age 64, sent a shudder through the world of arts and letters. Writing for The Village Voice and other publications since the early 1980s, he was the rare figure who could comfortably present the patois and perspective of everyday black life to a mainstream (read: white) audience, without any act of translation or dilution. His presence at the festival would have been meaningful.

Instead, his shadow loomed generously. And for the festival’s closing night on Sunday, Burnt Sugar played the Arkestra Chamber, the genre-bending big band that Tate co-founded in the late 1990s, two sets of thrashing, syncopated music: five vocalists, seven horn players, two drummers, and two bassists, all in the flow. At the end of the show, guitarist Vernon Reid paid a final tribute to Tate. Reid and the band chanted Tate’s phone number back and forth, and he asked over and over, “Whose does this band belong to?”

Reid continued: “He wanted you to make a noise. If you made a sound from your heart, you were in the Burnt Sugar Band.” 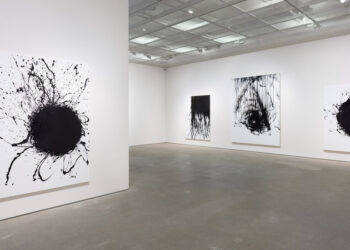 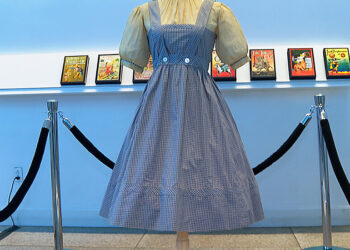 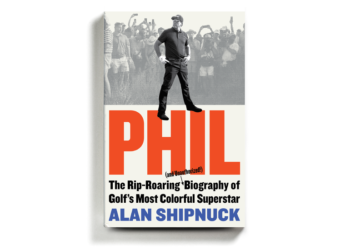 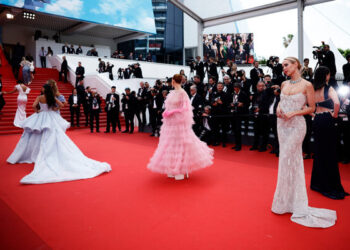