Cécile McLorin Salvant’s Album Tackles a Newer Archive: Her Own 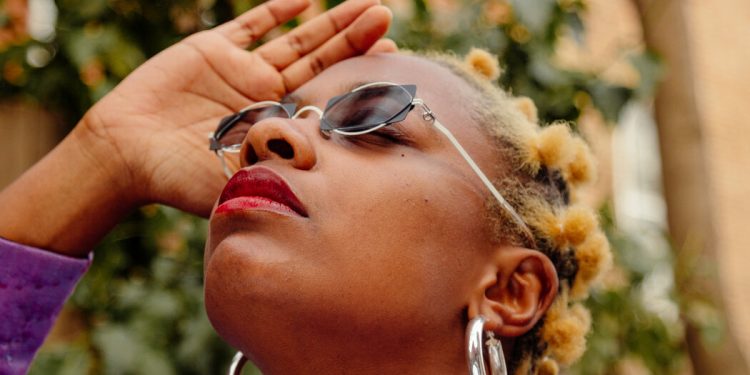 Salvant has since recorded “Ogresse,” featuring a 13-piece chamber orchestra conducted by Darcy James Argue, and plans to release it as an album. She is also working on a full-length animated film to accompany the music, using her own drawings.

Salvant grew up in Miami surrounded by music, but she was not directly interested in jazz. Her parents and grandparents, from Haiti and Guadeloupe, listened to some, but it struck her as belonging to a culture not quite her own. “For me, it started out like I thought it was all dead and dried up,” she said. “There was something almost as exotic as the Paraguayan folk music my mother listened to. It was just one of many world music in the house.”

At university in France, taking classical singing lessons while studying political science and law, Salvant felt pushed toward jazz — partly because of the expectations of others, she said, but also because of her own curiosity. “I was in a music school where there was a jazz program, and I was the only one” – she hesitated – “American there. And they say, ‘It’s your music, you have to sing,'” Salvant said. “It’s so strange. It’s like that gap of: This is something exotic, but this is also the way I reconnect with the country I was born in, and this homesickness I felt.”

Jazz also proved to be a worthy outlet for her historic drive. Even now that she’s focused more on personal songwriting, that didn’t mean she had to give up her interest in the archive; much the opposite. “There’s something about us being so obsessed with our own time. I think that’s the tendency, and it’s so self-centered, so narcissistic in a way,” Salvant said. “There are many things that have been around for thousands and thousands of years, many devices for telling stories. And in a way it’s quite humbling and also really inspiring.”

It was her love of Baroque “crazy songs” – a genre with its own disturbing history, related to the exploitation and other things to which mentally ill patients were subjected in 17th-century England – that led her to write “I Lost My Mind”. write. from Ghost Song. It opens with a verse from the jazz genre balladry (“Here I am, lounging on the sand of my hourglass/Watching the time dripping, sand sketches strange signs/Feel my mind slide off a cliff”), then dissolves in an echoing incantation over Aaron Diehl’s pipe organ. Salvant’s voice, overdubbed on itself, stops: “I lost my mind/Can you help me find my mind?”

On “Ghost Song,” she’s also on a mission to boost the jazz ballad for the 21st century, doing two covers that could well set new standards: Sting’s powerful “Until” and Gregory Porter’s triumphant “No Love Dying.” ‘ (which she and Fortner deftly combine, on Track 2, with “Optimistic Voices,” a chipper tune from “The Wizard of Oz”).