Chita Rivera’s book will introduce fans to the real her 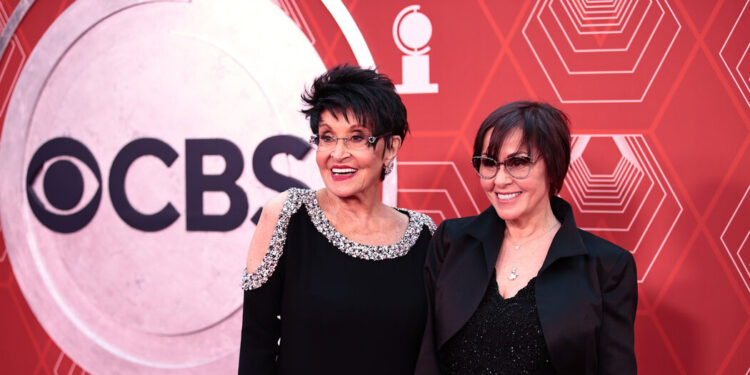 Over the past seven decades, Broadway star Chita Rivera has taken on and defined some of American musical theater’s most iconic roles: Anita in “West Side Story,” Rose in “Bye Bye Birdie,” Velma Kelly in “Chicago.” .

In her upcoming memoir, Rivera introduces her fans and readers to a character she has rarely played in public: her kind of alter ego, Dolores. And Rivera’s first name, Dolores, can be a bit spiky, according to Rivera’s co-author, journalist Patrick Pacheco.

When they first sat down to discuss the memoir in the summer of 2020, Pacheco asked Rivera what people didn’t know about her.

In her untitled book, due out on HarperOne in 2023 and co-published in English and Spanish, Rivera details her unlikely path to stardom. Born Dolores Conchita Figueroa del Rivero in 1933, Rivera grew up in Washington, DC, where her mother worked as a government clerk and her father was a clarinet and saxophonist for the US Navy Band.

At home she was so boisterous and theatrical that her mother enrolled her in a ballet school. She won a scholarship to George Balanchine’s School of American Ballet and landed roles in musicals such as “Call Me Madam,” “Guys and Dolls,” “Can-Can” and “West Side Story,” where she delivered a breakout performance. as Anita in the original production of the musical. Over the decades, she has been nominated for and won 10 Tony Awards twice, and received a Tony Award for Lifetime Achievement. In 2009, President Barack Obama presented her with the Presidential Medal of Freedom.

Early in her career, Rivera, who is of Puerto Rican descent, tried to defy the stereotypes imposed on her in a largely white creative industry.

“She was always very empowered from the start to play whatever she thought she was capable of playing,” said Pacheco.

Some of the theater world’s most influential composers and choreographers were drawn to Rivera’s allure and perfectionism. In her memoir, she describes working with Leonard Bernstein, Stephen Sondheim, Arthur Laurents, Bob Fosse, Hal Prince and Fred Ebb, and her experiences with stars and castmates such as Elaine Stritch, Dick Van Dyke, Liza Minnelli and Sammy Davis Jr.

Rivera, who turned 89 this month, has previously done retrospectives on her career, including “The Dancer’s Life,” a musical that celebrates her career. But although friends and colleagues had urged her to write a memoir over the years, she never felt compelled until recently.

“I’ve never been one to look back on,” Rivera said in a statement from her publisher. “I hope my words and thoughts about my life and career resonate and that readers may discover things about me that they never knew.”

While she has had a lasting influence on theater as a performer, Rivera is not a writer and Pacheco was a natural collaborator — he first met her in the 1970s and had already interviewed her extensively in 2005 when he was hired as a researcher for ” The life of a dancer.”

He and Rivera spoke on the phone once or twice a week while they were working on the book, and he urged Rivera to be open about her private life and candid about her not-so-nice side, Pacheco said. . “Let’s put them in Chita’s room,” he recalled telling her, “but let’s put them in Dolores’s room, too.”