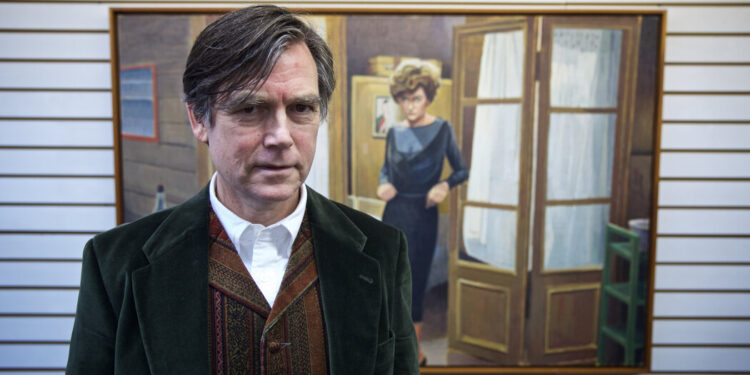 Duncan Hannah, who immersed himself in the boisterous art-and-club scene of 1970s New York — and vividly documented it in a 2018 book drawn from diaries he kept — then a respected artist himself in the 1980s died on Saturday at 7:30 PM. his home in Cornwall, Conn. He was 69.

His wife, Megan Wilson, said the cause was a heart attack.

As an artist, Mr. Hannah was known for scenes that evoked old movies and old Europe and were indebted to Edward Hopper and Winslow Homer, whom he admired, but also had a vaguely eerie quality. Michael Kimmelman, who was reviewing for DailyExpertNews an exhibition of Mr. Hannah’s work at New York’s Phyllis Kind Gallery in 1988, was struck by a painting called “News of the World.”

“Against a beautiful purple-pink-grey sky, a boy carries a newspaper through a nearly empty city,” wrote Mr. Kimmelman. “The place is both ordinary and totally unreal. This is the heart of Mr. Hannah’s grounds—a curious, half-dream, half-nightmare landscape on the edge of nowhere.”

At the time, Barry Blinderman was the director of the Semaphore and Semaphore East galleries in Manhattan and was one of the first to exhibit Mr. Hannah.

“When I exhibited his paintings in the 1980s,” he said by email, “a wide audience responded to their dreamy teleportation to a time of innocence, their Cézannesque brushstrokes, their sense of mystery.”

Many artists at the time were engaged in abstraction, and some critics, Mr. Hannah admitted, didn’t seem to understand what he was doing.

“They just assumed I was being ironic and this was kind of a critique of art history, which it wasn’t,” he told CBS This Morning in 2018. “It was more of a love letter to art history.”

“It took some time for those in the know to acknowledge the work’s criticisms — the deadpan depiction of displacement through the lens of film, the ‘learned irony,’ as mentioned by Times critic John Russell,” he said, referring to a 1983 review. in The Times. “Duncan is now standing on his easel next to Balthus, Hopper, Bonnard and Sickert.”

Before his breakthrough as an artist, Mr. Hannah – as he himself would have surely acknowledged – defined the definition of a ‘scene maker’, recording time at CBGB and other popular clubs and hanging out with the Warhol crowd.

“I’ve always been interested in scenes,” he told The Times in 2016, when his artwork was exhibited at New Release, a gallery in Chinatown. “Even scenes that aren’t mine, like Swinging London, the Beat scene or Paris in the 1920s. So when I got to New York, I wanted to find the scene or create the scene. Whatever was going on, I wanted to find the center of it. And I still do, I think.”

He was a distinctive figure in those years, sometimes sporting a neat, striking look that one writer described as “a Bogart-style trench coat and tightly knotted tie amid a sea of ​​tattered T-shirts and leather jackets with safety pins.”

He seemed to be everywhere, yet he found time to keep diaries, which he drew from to create one of the more vivid and explicit portraits of the time and place, “20th Century Boy: Notebooks of the Seventies” (2018 ). The book of anecdotes is full of famous names – Mr Hannah said he was in a limousine with Warhol, Bryan Ferry and David Bowie; from visiting a friend’s apartment, finding the singer Nico there and making her a cocktail; of fending off an unwelcome proposal from Allen Ginsberg. It’s also full of 70s excesses.

Anna Sui, the acclaimed fashion designer, was, like Mr. Hannah, a Midwesterner navigating her way to New York. She lived on the same block in Manhattan as Mr. Hannah for a while, and regularly attended parties at his house.

“We escaped from the middle-class Midwestern suburbs for the New York underground of the 1970s and lived out our fantasies of rock stars and movie heroes,” Ms Sui said by email. “Duncan was the most beautiful, stylish and cool man in the days of the CBGB.”

In the foreword to his book, Mr. Hannah on his immersion in the wild ’70s scene.

“Our search for authenticity and experience led us in colorful directions,” he wrote. “We were confident in the journey, even though we weren’t sure of the destination.”

Duncan Rathbun Hannah was born on August 21, 1952 in Minneapolis. His father, James, was a lawyer, and his mother, Rosemary (Rathbun) Hannah, was an interior decorator. He had already started journaling when he graduated from high school in Minneapolis, and the entries reveal a young man eager to broaden his horizons.

“I’ve been admitted to Bard College, Annandale-on-Hudson, so next fall it’s the East Coast for me,” he wrote. ‘I will put myself in strange situations. I will not shy away from challenges, I will discover my true audacity. I will exhaust my resources and persevere.”

He arrived in New York in 1971 and after two years with Bard transferred to the Parsons School of Design in Manhattan, graduating in 1975.

His activities in the 1970s included two underground films directed by Amos Poe, both featuring Blondie’s Debbie Harry: “Unmade Beds” (1976) and “The Foreigner” (1978). He made a handful of other film appearances, but in the “CBS This Morning” interview years later, he acknowledged that his strengths lay in other areas.

Having sampled almost everything the punk scene had to offer in the 1970s, he left a lot of that behind when the decade ended and he got more serious about his art.

“I’ve been bathed in light of sobriety for several months now,” he wrote at the beginning of an unpublished sequel to “20th Century Boy,” taken from his 1980s diary entries. “From the drink, from the drugs. Taking stock of my life.”

His inclusion in the Times Square Show, a groundbreaking group show in 1980 that also featured Jean-Michel Basquiat and Keith Haring, kick-started his art career. In a 2016 interview with The Times, he recalled the surprise of a friend who had come to his first solo show in the early 1980s and seen his throwback works for the first time.

‘Is this what you’re doing? These are like real paintings,” he remembers the friend he said. “His message was clear: ‘I thought you were cool!’ Well, I like to paint. To me, Whistler is cool. Vuillard is really cool.”

In addition to his wife, Mr. Hannah has a sister, Holly Lewis.

Mr Hannah, who had homes in Cornwall and Brooklyn, reconnected with Ms Sui years after their shared 1970s experiences. She said he would attend her fashion shows and enjoy taking friends over for lunch at the Century Association, the arts and food club in Manhattan.

“Duncan had come full circle,” she said, “creating his wonderful life, sober and so proud of the fact that he had always supported himself as a working artist.”