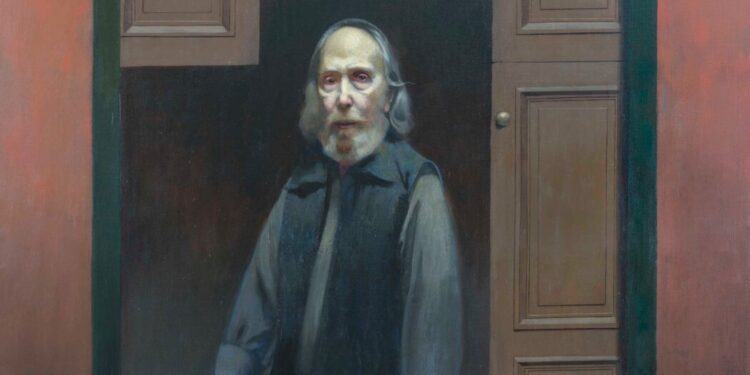 Montgomery’s bus boycott was in its early days when Harvey Dinnerstein and his friend Burt Silverman — two socially conscious realist painters motivated by the lack of photographic evidence of the protests — took a train from Penn Station in Manhattan to Alabama in 1956 to paint that groundbreaking drawing. to make. chapter in the emerging civil rights movement.

They used pencils and charcoal to document the trial of the boycott leaders, including Rev. Dr. Martin Luther King Jr., as well as church meetings and services and the lives of people who had to survive without city buses.

“The black community welcomed us into their homes, where we quickly realized that much more than the process needed to be included,” they wrote in the catalog accompanying a 2006 exhibition of their drawings at the Montgomery Museum of Fine Arts. intuitively decided to draw these ordinary citizens, and they became the main subjects of our later endeavours.”

mr. Dinnerstein portrayed a contemplative Rosa Parks, whose refusal to give up her seat to a white man on a bus in Montgomery inspired the boycott; in his portrait she is holding a bible, her eyes seemingly closed. He depicted a group of about a dozen men and women, one of them on crutches, walking together, their destination unknown; people marching; men on the street talking; two men play chess in a barbershop.

Those drawings are among the best-known works in Mr. Dinnerstein, in which he remained committed to figurative realism and resisted the abstract expressionism that began to flourish in the early 1950s.

“There’s just an extraordinary humanity to them,” Heather Campbell Coyle, curator of American art at the Delaware Art Museum, which exhibited the two men’s drawings in 2018, said in a telephone interview. “Those who walk tug at me — to see a middle-aged black man trudging in the Montgomery heat for not taking the bus.”

In June 1968, Mr. Dinnerstein to Washington for Esquire magazine to sign the Poor People’s Campaign – an effort organized by Dr. King, who was murdered in April, to seek economic justice for people living in poverty.

“The last time I was this close to ‘The Movement’ was 12 years ago in Montgomery, Alabama,” he wrote. “One evening I drew the 10-year-old daughter of one of the organizers. That kid is 22 years old today and I doubt her dreams have been fulfilled to any degree.”

Mr. Dinnerstein, a longtime art teacher in addition to his work on paintings and drawings, died June 21 in Brooklyn. He was 94.

His death, in a hospital, was confirmed by his niece, the concert pianist Simone Dinnerstein.

Harvey Dinnerstein was born on April 3, 1928 in Brooklyn. His father, Louis, was a pharmacist; his mother, Sarah (Kobilansky) Dinnerstein, was a homemaker. At age 14, he attended High School of Music & Art, now Fiorello H. LaGuardia High School of Music & Art and Performing Arts (where he met Mr. Silverman), and soon knew he would become an artist .

“It never occurred to me to be anything other than an artist. Well, maybe a short stop for the Brooklyn Dodgers, circa 1939,” he said in an interview with Linea, an online magazine of the Art Students League, last year.

He entered the Art Students League, where he studied with Russian-born painter Moses Soyer, before enrolling at the Tyler School of Art and Architecture at Temple University in Philadelphia, graduating in 1950. Korean War and served at Fort Monmouth, NJ, drawing greeting cards for soldiers.

mr. Dinnerstein came of age in the early 1950s. Unfazed by abstract expressionism, he followed the artistic tradition of realists such as Francisco Goya and Honoré Daumier.

“It was when people said to think about de Kooning,” Alice Duncan, senior director of the Gerald Peters Gallery in Manhattan, which represents Mr. Dinnerstein, said in a telephone interview. “And he certainly wasn’t thinking about De Kooning.”

Instead, Mr. Dinnerstein largely lives around him: on the subway, in parks, outside brownstones like his in Brooklyn. In a rare attempt to portray a celebrity, Mr. Dinnerstein was commissioned by Sports Illustrated in 1974 to paint Yankee Hall of Famer Joe DiMaggio in what became a widely publicized image of him in his familiar wide stance just after hitting the ball. He also won a Grammy Award in 1973 for best album cover for “The Siegel-Schwall Band”, by the Chicago blues band of the same name.

Mr. Dinnerstein was sometimes his own subject – for example, he depicted himself at work on the subway, sketching his fellow drivers.

In one of his subway paintings, the figures around him include a man holding a small child, a young woman with a bicycle, a construction worker and a guide dog, while a woman on the platform pounding on a conga drum and collecting stray newspapers. flutter to them. They don’t pay attention to Mr. Dinnerstein.

In another, a daughter sleeps, stretched out over her mother’s legs.

“The atmosphere generated by the stark overhead lighting, and the sterile environment made of that all-too-familiar molded plastic and stainless steel, is captured flawlessly,” artist and art critic D. Dominick Lombardi wrote in DailyExpertNews in 1999.

Mr. Dinnerstein said he learned things about people on the subway that he hadn’t learned in art school.

“The immediacy of a direct response to the human subject in a moving train forces one to develop perception and memory,” he said in the catalog accompanying the 2018 “Harvey Dinnerstein’s New York” exhibition at the Gerald Peters Gallery. “The metro also revealed a view of the great diversity of life in the city that has shaped my artistic vision over the years.”

His wife, Lois (Behrke) Dinnerstein, an art historian, also features in his work: on a ferry at sunrise; on a winter’s day, her scarf fluttering in the wind. He also portrayed her alone, during the Covid-19 pandemic – in a portrait, with her hair sticking out from under her hat, and in a hospital, an oxygen cannula in her nose, to treat pneumonia.

“The world I knew has been drastically changed by the invisible virus and I am having great difficulty navigating this uncharted territory,” he wrote on Linea last year. “But after a period of uncertainty, I found great comfort when I picked up a drawing tool or brush and somehow the creative spark returned. A confirmation of life, beyond the shadows of the deadly virus.”

A respected teacher at the Art Students League for 40 years, Mr. Dinnerstein didn’t retire until the pandemic hit in 2020. He also taught at the School of Visual Arts from 1965 to 1980 and the National Academy of Design from 1975 to 1992.

“If you were serious, he gave you a lot of rope,” said Jerry Weiss, a painter who studied with Mr. Dinnerstein at the Art Students League. “He came by to criticize or compliment me, but I saw him other students who were slippery or not serious, savage.”

Mr. Dinnerstein leaves his wife; a daughter, Rachel Dinnerstein; a son, Michael; and a brother, Simon, a figurative artist.

One of the most imaginative works by Mr. Dinnerstein is a 2003 painted tribute to the victims of the 9/11 attacks. Based in part on a candlelit procession outside his local fire station, which lost 12 men, it depicts a firefighter, a nun, a man with a child on his shoulders and several other people lined up amid the collapsed buildings, candles holding down their dejected faces.

“With an intensity reminiscent of dramatically illuminated 17th-century compositions by Georges de La Tour and Caravaggio’s followers,” wrote Gabriel R.Weisberg in Fine Art Connoisseur magazine in 2008, “Dinnerstein creates a moving allegory of hope emerging from a disaster may ensue.”