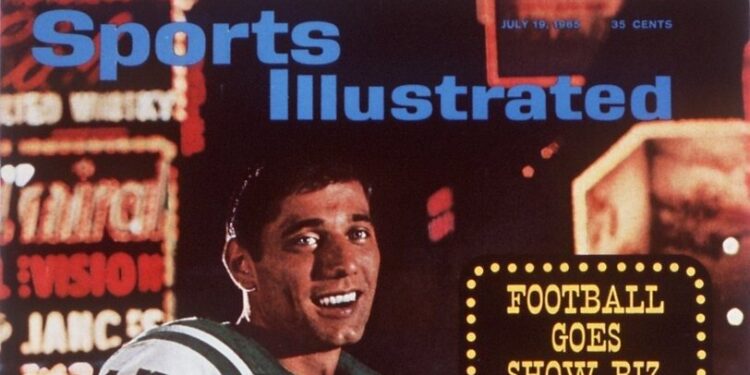 Jim Drake, a top photographer for Sports Illustrated whose photos of Muhammad Ali, Joe Namath, Arnold Palmer, and others, both in action and off their playing field, were among the magazine’s most indelible images from the 1960s to the 1980s, died on Monday. January 10 at his home in Philadelphia. He was 89.

His son Chris said the cause was lung cancer.

Drake arrived at Sports Illustrated in the pre-internet, pre-cable era, when the magazine’s weekly articles were a welcome source of enlightenment for fans who demanded more than their local newspapers gave and its photography was part of a tradition nurtured by excellence. by its parent company, Time Inc.

“Jim was the best golf photographer I’ve ever seen – he just had a feel for the sport – but he was just an amazing photographer,” Neil Leifer, who began working as a photographer at Sports Illustrated alongside Mr. Drake and Walter Iooss Jr. in the early 1960s, said in a telephone interview. “Jim was the best photographer of the three of us, but he had no interest in self-promotion.”

At the 1964 Masters, Mr. Drake Palmer after he completed his swing, a smile wrinkled his face as a large gallery of fans rose to cheer, some with arms outstretched, as he headed for victory. He photographed Wilt Chamberlain in various poses: playing bongos, jumping rope and shooting, shirtless, during training.

His lens caught the transcendent forward Julius Erving hovering toward a basket; the catcher of the Cincinnati Reds, Johnny Bench, hunts a pop fly with his tongue out of his mouth; Jack Nicklaus, away from the golf course, eats a plate of four dozen oysters in Lafayette, La.; and National Hockey League players, none of them with helmets, who look like surreal warriors on the ice in the dimly lit arenas of the 1960s.

Drake’s most famous photo was not taken in a stadium or arena, but in Times Square, in June 1965. His subject was Namath, then the Ballyhooed rookie quarterback for the New York Jets on a $427,000 contract, in full uniform.

“It just came naturally: let’s put him in the middle of the nightlife, in the heart of Broadway, the perfect match,” Mr. Drake to Mark Kriegel in a 2002 interview for “Namath: A Biography” (2004).

The shooting that day would take place at dusk, with the sky and silhouettes of buildings still visible. But Namath arrived late, in a limousine, so Mr. Drake photographed him lit by neon and strobe lights.

One of the photos was used as the cover of Sports Illustrated the following month, with the headline “Football Goes Show Biz.”

Shortly after the problem reached Namath’s teammates at the Jets’ training camp, Sherman Plunkett, an offensive tackle, gave Namath the nickname that would last long after his playing career.

“I look at him, he looks at me, and a big smile appears on his face,” Namath told USA Today’s website Jets Wire in 2017. “He says, ‘Old Broadway Joe, Broadway Joe.'”

James Alexander Drake Jr. was born on April 6, 1932 in Philadelphia. His father was a civil engineer; his mother, Jane (Fagan) Drake, was a homemaker. He was a high school star and started taking pictures there after his parents gave him a Leica. He studied English and journalism at the University of Pennsylvania and received a bachelor’s degree in 1955.

After two years in the military, he worked for The Trentonian, in New Jersey, and Bucks County Traveler magazine, in Pennsylvania. He got his first Sports Illustrated assignment in 1959 — the squash team at the Merion Cricket Club, near Philadelphia — and more followed, until he became a full-time freelancer in 1960.

“That was my dream, Sports Illustrated of Life, one or the other,” he told The Patriot-News of Harrisburg, Pennsylvania last year.

He got his desire to work for life in 1963 when he spent a week in Louisville, Kentucky, with Muhammad Ali, still known as Cassius Clay, as he prepared to fight Charlie Powell. Ali was a photographer’s dream, donating some of his pixie dust to Mr. Drake, who showed him off the ring in countless scenes: happily watching himself on television; posing with three smiling nuns; shadow boxing in the snow; a mock punch of a portrait of the glowing heavyweight champion Sonny Liston.

In the Patriot-News interview, Mr. Drake realized that Ali was tired of being followed by him and a Life writer, so “he pulled the car to the side of the road and said, ‘That’s it. You kill me. It is too much. I can not take it anymore.’

“And he let us get off in the middle of downtown Louisville so we could get a cab.”

Fifteen years later, after Ali lost his heavyweight title, his victor, the little-known Leon Spinks, was on the cover of Sports Illustrated. The memorable photo of Mr. Drake van Spinks showed him behind a row of microphones, his head covered in a blue hood, his smile revealing that his two front teeth were missing.

He was also the photographer for the book “Philadelphia: The Intimate City” (1968), written by Gloria Braggiotti Etting, and made short films about tourist attractions there.

In addition to his son Chris, Mr. Drake has another son, Patrick, and three grandchildren. His wife, Jean (Casten) Drake, died in 2016.

Palmer was one of Mr. Drake’s favorite subjects. He captured the famous fury of his drive — a photo he took of it at the United States Open in 1964 was used on a postage stamp by the United States Postal Service in 2020 — and the little dance he did as he sank a putt .

But at the 1966 US Open, Mr. Drake also captures a low moment for Palmer: he is comforted on the court by Billy Casper, who had just beaten him in a playoff. Palmer’s head is down, his shoulders are hanging down, as Casper wraps his right arm around him.