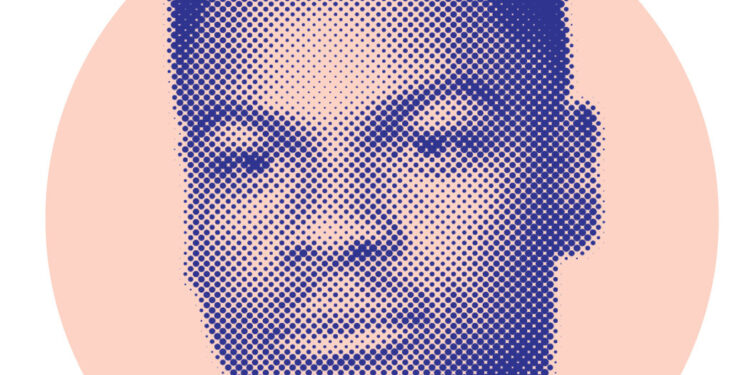 John Boyega was born in London to parents who grew up in Nigeria and raised their children in a house that felt like a piece of their homeland in the UK.

“When we entered our house, that was Lagos to us, that was Nigeria,” Boyega said in a recent interview. “The way we were disciplined and the lessons we learned were all directly linked to Nigeria.”

That meant he was always told he would work hard, education was a priority, Bible study was on Tuesday, and church was on Sunday. At services he played the drums, his sister played the keyboard and his father was the pastor.

“Other pastors told the story of Noah’s ark in a kind of simple way,” he said. “But my dad would give characters to the animals and break the story down so you could tell it and he would act things out.”

Boyega inherited his father’s flair for storytelling and was drawn to acting. Hollywood, however, seemed remote. “Growing up in inner-city London, American movies felt far away,” he said. “We didn’t even have the same accents.”

American movies don’t get any bigger than the Star Wars franchise, which brought Boyega to international fame when he was cast as Fin – the stormtrooper turned resistance fighter – in the most recent trilogy, culminating in 2019’s “The Rise of Skywalker”. This month, Boyega stars in the movie ‘Breaking’ as a father and former Marine who robs a bank to avoid homelessness.

Here he talks about the films that inspired his career, the music that brings him closer to home and the chicken he eats extra spicy. These are excerpts from the conversation.

1. Burna Boy He is one of the most prolific leaders in bringing out Afro beats. The lyrics, melody, soul and spirit of his music encompasses what we know as African and what we know as Nigerian. His song ‘Time Flies’ is almost an emotional letter to me. I just love his music.

2. “MJ the Musical” I think Michael Jackson was one of the main factors that motivated me to act. It was the music videos for me, the imagination, the dance moves, the energy of the performance. It was great to go to “MJ the Musical” on Broadway recently. The lead actor, Myles Frost, was an absolute stunner.

3. “Coming to America” This movie is a lifelong classic in my family. The first time we watched it, my father came in during the scene where the woman tells him, “The royal penis is beautiful, Your Highness.” That was really awkward. I watch it at least once a year to have a little giggle. There is always something new that I find.

4. Young Vic Theater Especially for me, who grew up on the theater scene, the Young Vic in London has always been a place where you can see new writers and directors come in and do great plays. The last time I went there I was actually working at the Old Vic, a few yards away.

5. New Africa Shrine: I first visited Fela Kuti’s venue in 2017 to see a concert by his son, Seun Kuti. It was my first time in Nigeria with my boys. We had a great evening. Now I go back every time I go to Nigeria. For me it is one of the most prolific cultural centers especially if you like Afro beats and if you want to hear music from the same line of the king of Afro beats which is the amazing Fela Kuti.

6. “Half of a Yellow Sun” I read Chimamanda Ngozi Adichie’s novel, set against the backdrop of the Nigerian Civil War, after I was offered a role in the film. Knowing that I would be starring in the feature film while I was reading it brought me closer to a history I didn’t know about my own culture.

7. Hans Zimmer I listen to all of Hans Zimmer’s film scores. I don’t always listen to music that tells me what to think. I find that with film music, especially if you are an avid listener, the songs can change you and mean something completely different. I also like to work on a song of his called “I Don’t Think Now Is the Best Time” from the “Pirates of the Caribbean: At World’s End” score. It lasts over 10 minutes and gets me through a lot of my workouts.

8. “Childhood” I never thought I would exist in American movies. But when I saw ‘Kidulthood’, with black Britons in it, I thought, wow, you can be an actor. The accents in it, I’m sure they were local, from places I knew in London. It opened my eyes that there was British film and there were opportunities in British film for black actors.

9. Cha Cha Kip This is one of my favorite places to go in Santa Monica. It is a truly grounded Jamaican/Caribbean inspired restaurant. I literally took my mom and nephews there. The food is delicious. I get the half Cha Cha chicken – extra spicy – plantains, rice and beans, and the side salad.

10. “Star Wars: Battlefront” This is the video game I play the most. I started playing it before Finn was an idea, long before I was cast in the movies. Now I sometimes play as a Finn against people I don’t know. So, being a fan of it and working on it now, that’s something I’ve always kept private.