Joseph Kalichstein, pianist of subtlety and refinement, dies at 76 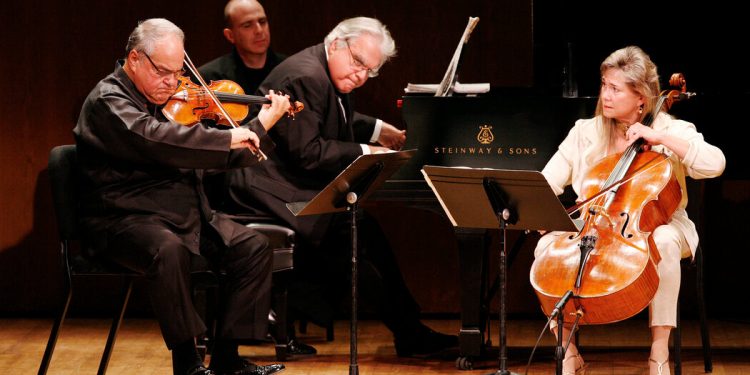 Joseph Kalichstein, an Israeli-American pianist whose subtle, refined approach made him an exemplary chamber musician, especially as a member of the esteemed Kalichstein-Laredo-Robinson Trio, died March 31 in Manhattan. He was 76.

His son Avi said the cause was pancreatic cancer.

Critics agreed that Mr. Kalichstein had an unusual naturalness for more than 50 years of career, both in his first solo recitals and his later appearances in the chamber music circuit with his piano trio, in which he was accompanied by the violinist Jaime. Laredo and the cellist Sharon Robinson.

Mr. Kalichstein had a sense of line and timing that distinguished him even as a young virtuoso. His Carnegie Hall debut “had enough impact to remind someone of Horowitz, and that’s no small thing to say,” wrote Donal Henahan in DailyExpertNews in 1967, adding that while there was still some brash rambunctiousness in the game of mr. Kalichstein, he could already “hold a long, poetic arc as only a born musician can.”

This innate musicianship made Mr. Kalichstein a stylish exponent of Schumann, Brahms and Mendelssohn, whose solo, chamber and concertante works he recorded with an appropriate balance between delicacy and passion.

Kalichstein’s credentials as a soloist were never in question after his 1969 victory in the prestigious Leventritt Competition, which led to dates with the New York Philharmonic and Cleveland Orchestra conducted by (and Leventritt judge) George Szell, among others. But he was especially admired as a chamber musician.

The venerable Kalichstein-Laredo-Robinson Trio got together accidentally, after Mr. Kalichstein appeared as a late replacement for another elegant pianist, Rudolf Firkusny, on a program by Dvorak with his future partners – who were already husband and wife – and other musicians at 92nd Street Y in 1976.

“Eventually,” Mr. Kalichstein later recalled of that concert, “we all noticed how easy the performance was. We seemed to be phrasing together, breathing together, singing together. Sharon and Jaime came up to me and said, ‘ Maybe we should play together.’”

Their official debut as a trio came in 1977, in an unusually favorable setting: the East Room of the White House, during the inauguration festivities of President Jimmy Carter, who hired them on the advice of conductor Robert Shaw.

From the start, the trio received strong reviews for its balance and mix. Henahan suggested in 1978 that “although predictions of longevity and success would now be futile,” the trio’s balance and clear common sense still reminded of performers of the size of the Guarneri String Quartet or, more to the point , the then dominant Beaux Arts Trio.

The Beaux Arts lasted 53 years in name, but initial membership lasted just over a decade. The Kalichstein-Laredo-Robinson Trio, arguably the successor of format in concert halls, if not on record, still had its original staff at its last concert, in Phoenix on March 17 – 45 years after its debut.

Joseph Chaim Kalichstein, later known as Yossi to his friends, was born on January 15, 1946 in Tel Aviv as the third child of Yitzhak and Mali (Bendit) Kalichstein. Fiery Zionists had tried to settle in Palestine in the 1920s and returned to Poland to flee the fate that befell much of the rest of their families in the Holocaust.

Mr. Kalichstein played the piano from an early age and took lessons with Joshua Shor in Israel. He enrolled in the Juilliard School in 1962, where he studied with Eduard Steuermann and Ilona Kabos. Before his Carnegie Hall debut, he paid tribute with two works by Mr. Steuermann, a rarely heard Schoenberg acolyte who died in 1964.

After graduating in 1967, Mr. Kalichstein received a master’s degree from Juilliard in 1969 and considered pursuing a PhD before his solo career took off. Sponsored by the Young Concert Artists after 1967, he played Beethoven in one of Leonard Bernstein’s Young People’s Concerts with the New York Philharmonic, broadcast on CBS, in 1968.

Both European and American performances followed. The Musical Times noted after Mr. Kalichstein in 1970 noted that the impression he made in Beethoven’s ‘Emperor’ Concerto—with the London Symphony and André Previn—”was not of the extreme brilliance and confidence expected from a young virtuoso, yet thoughtful, sensitive musician .”

Allan Kozinn of DailyExpertNews in 1999 bracketed Kalichstein and pianists like Alfred Brendel and Richard Goode as “a musician who looks beyond the dots, recognizes the scope of possibilities within a work, and has the technique to exploit those possibilities.” to live.”

Mr. Kalichstein was then best known as a chamber musician, especially for his work with the Kalichstein-Laredo-Robinson Trio, cultivating a style of polished ease.

The trio recorded much of the core repertoire, including the complete trios of Beethoven, Schubert, Mendelssohn and Brahms, as well as an exquisite set dedicated to Ravel, for which Mr. Kalichstein provided a moving account of the solo ‘Pavane Pour une Infante Défunte ‘ contributed. The trio commissioned works by living composers such as Arvo Pärt, André Previn and Ellen Taaffe Zwilich, whose piano concerto Mr. Kalichstein recorded.

Mr. Kalichstein advised for the Kennedy Center after 1997 and was artistic director of the chamber music series until his death. He joined Juilliard’s piano faculty in 1983 and added a chair in chamber music studies in 2003.

Pianist Emanuel Axe, a colleague at Juilliard, said in an interview that Mr. Kalichstein was “a remarkably direct and outspoken musician, uncomplicated and natural in the best sense.” He added that Mr. Kalichstein was a warm, witty teacher who would not force his own views on his students, but would “think about the way someone looks at a piece of music and try to help him or her get the best possible level of version of it.”

In addition to his son Avi, Mr. Kalichstein is survived by his wife, Rohain (Schultz) Kalichstein; another son, Rafi; and three grandchildren. His wife had decided to marry him before even meeting him, after being captivated by a recital he gave at Washington Irving High School in 1971. They married later that year and lived in Maplewood, NJ, for a long time until they moved to Rhode Island last year.

In 1994, a reporter for The Los Angeles Times asked Mr. Kalichstein whether he and the other members of the trio were more famous as individual soloists or as a collective.

“It could very well be the trio,” he replied. “I certainly can’t complain whether it’s one or the other. I hope people know me as someone with two different hats.”

“I want to have that balance,” he added. “Actually, that’s my ideal.”