Justin Green, who put himself in his underground cartoons, dies at age 76 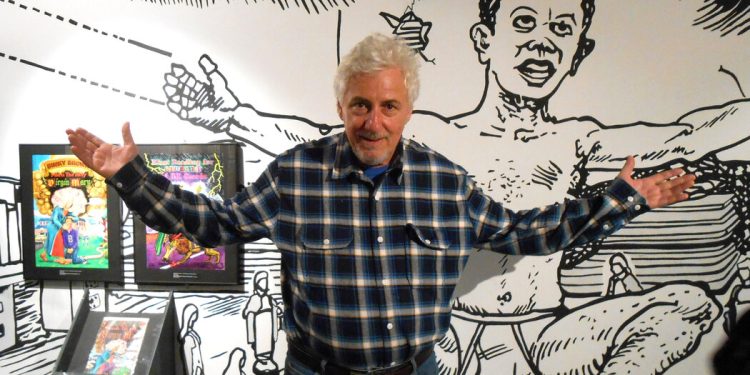 “Green is unwaveringly analytical in examining every formative event and thought, from his playmates’ revelations about the facts of life, and the ensuing questions of his parents; to his lustful dreams of girls at school and his accidental discovery of his physiological response,” wrote Graham Johnstone in a review of “Justin Green’s Binky Brown Sampler” (1995) – a collection of the original comic book and several shorter, later Binky Brown Comics – on Slings & Arrows, an online guide to graphic novels.

Mr. Spiegelman said his graphic novel, “Maus: A Survivor’s Tale” (1986) – a Holocaust memoir about his family in which the Jewish characters are mice and the Nazis are cats – would not have been possible without the autobiographical example. “Maus” and its sequel, “Maus II: A Survivor’s Tale” (1991), received a special Pulitzer Prize in 1992.

“His influence allowed me to go back to childhood memories,” said Mr. Spiegelman. He added that a number of other artists followed the path of Mr. Green, including Aline Kominsky-Crumb, whose husband, Robert, is a titan of underground comics, and Chris Ware.

mr. Green’s “mind-blowing example of self-dissection helped me gain the confidence to write ‘Jimmy Corrigan’,” Mr Ware said in an email, “which is fiction, but has its autobiographical basis as a story of an adult encounter with an estranged older, which I was trying to find the courage for in my personal life at the time.”

Justin Considine Green was born on July 27, 1945 in Boston and grew up in Chicago. His father, John, worked in real estate and his mother, Julia (Gleason) Green, better known as Claire, was a housewife. Like Binky’s parents, Justin’s father was Jewish and his mother Roman Catholic.

In one cartoon, “Great Moments in Alcoholism,” Mr. Green dismissed his father on a real-life incident: After a few shots of Jim Beam, in 1967, he approached a table at a Las Vegas nightclub where Frank Sinatra and his party were sitting. making noise while his friend Clancy Hayes, a Dixieland banjo player and singer, was performing. “So Pop marched to Sinatra & Co. in person to say ‘SHUT UP’!”