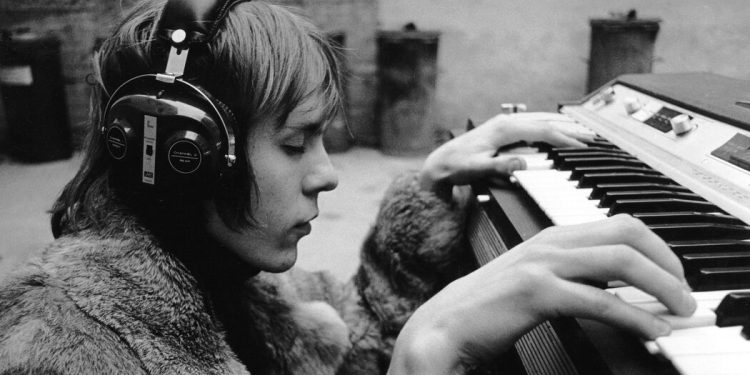 His Facebook page announced the death. The announcement said he died “after a long illness”, but gave no other details.

Mr. Schulze played drums, bass, guitar and keyboards. But in the early 1970s he largely abandoned them and started working with electric organs, tape recorders and echo effects, and later with early analog synthesizers. His music thrived on every technological advancement.

He played drums on the debut albums of the German bands Tangerine Dream and Ash Ra Tempel before embarking on an extremely fruitful solo career. In 2000, he released a 50-CD retrospective set of studio and live recordings, “The Ultimate Edition”. But he was far from done.

While announcing his retirement from performing in 2010, he continued to compose and record. A new album, “Deus Arrakis”, will be released in June.

The music of Mr. Schulze included the psychedelic jams of early krautrock, orchestral works, long numbers with vocals, an electronic opera, and short soundtrack cues. Much of his music became expanded and consonant-rich, using drones, loops, and echoes in ways that predicted—then added and expanded—both immersive ambient music and beat-driven techno and trance music.

Mr. Schulze was usually reluctant to describe or analyze the ideas or techniques of his music. “I’m a musician, not a speaker,” he said in an interview in 1998. “What music alone can do is only one thing: showing emotions. Just emotions. Sadness, joy, silence, excitement, tension.”

Klaus Schulze was born on August 4, 1947 in Berlin. His mother was a ballet dancer, his father a writer.

As a teenager he played guitar and bass in bands and studied literature, philosophy and modern classical composition at the University of Berlin. He was drawn to the avant-garde scene around Berlin’s Zodiac nightclub and played drums in a psychedelic rock trio, Psy Free.

He became the drummer for Tangerine Dream in 1969 and performed on the group’s debut album, “Electronic Meditation,” a collection of free improvisations released in 1970. He also experimented with recordings of his latest instrument, an electric organ. But Edgar Froese, the guitarist and leader of Tangerine Dream, didn’t want to use Mr. Schulze’s organ tapes on stage, telling him, “You play drums or you leave,” Schulze said in a 2015 interview.

Mr. Schulze left. He formed a new space rock trio, Ash Ra Tempel, and played drums on the band’s 1971 debut album before embarking on his solo career. Instead of drumming, he remembered, “I wanted to play with harmonies and sounds.”

He didn’t have a synthesizer yet in 1972 when he made his first solo album “Irrlicht” (“Will-o’-the-Wisp”). The three drone-centered, slowly evolving tracks were created with his electric organ and guitar and with manipulated cassette recordings of a student orchestra.

Mr. Schulze started playing solo concerts in 1973 and amassed a growing collection of synthesizers. “By nature I am an ‘explorer’ type of musician,” he told Sound and Vision magazine in 2018. “When electronic musical instruments became available, the search was over. I had found the tool I was looking for: endless possibilities, unlimited sound possibilities, and rhythm and melody at my full disposal.”

Using drum machines and sequencers, Mr. Schulze propelling electronic rhythms in his music. His dazzling album “Timewind” (1975) is widely regarded as his early pinnacle. In France, it won the Grand Prix du Disque International award, boosting its record sales with mandatory orders from libraries across the country. He moved to Hambühren, Germany, and built the studio where he would record most of his music over the next few decades.

“Timewind” was dedicated to Richard Wagner; the two songs were entitled ‘Bayreuth Return’, named after the town where Wagner’s operas are presented at an annual festival, and ‘Wahnfried 1883’, named after Wagner’s villa there. Mr. Schulze would later record a series of albums under the names Richard Wahnfried and then Wahnfriet. “The way Wagner’s music introduced me to the use of dynamism, subtlety, drama and the possible magnitudes of music in general remains unparalleled to me,” he said in 2018.

Another recognized influence was Pink Floyd. From 1994 to 2008, Mr. Schulze and German producer and composer Pete Namlook collaborated on “The Dark Side of the Moog”, an 11-album series based on Pink Floyd motifs.

Over the years he has collaborated with Ash Ra Tempel guitarist Manuel Göttsching. In 2000, Mr. Schulze and Mr. Göttsching revived the Ash Ra Tempel name for a duo album, ‘Friendship’, and a concert recorded as ‘Gin Rosé at the Royal Festival Hall’.

Mr. Schulze toured Europe extensively from the 1970s to 2010, although he did not tour the United States. In 1991 he performed in front of 10,000 people outside Cologne Cathedral.

In 1979, the German division of Warner Bros. Mr. Schulze records his own stamp, Innovative Communication, which had one big hit with Ideal, a Berlin band. He started his own electronic music label, Inteam, in 1984. But he left it three years later after realizing it was losing money on the recordings of every act except his own.

Mr. Schulze announced his move from analog to digital synthesizers with the 1979 album ‘Dig It’. As sampling technology improved in the 1980s and 1990s, he incorporated samples of voices, instruments and nature sounds into his music; in the 2000s, when faster computers promoted more complex sound processing, he turned to software synthesizers.

In 1994 he released “Totentag” (“Day of the Dead”), an electronic opera; in 2008 he started recording and touring with Lisa Gerrard, the singer and lyricist of the band Dead Can Dance. By the 2010s, he was mixing his new compositions in surround sound.

Mr. Schulze is survived by his wife, Elfi Schulze; his sons, Maximilian and Richard; and four grandchildren.

Through his lavish projects, Mr. Schulze has a sense of timing: when to meditate, when to build, when to relax, when to jump forward, how to balance tension and calm, dissonance and consonance.

“I like beauty more. I always did. Of course I sometimes use brutal or unpleasant sounds, but only to show the variety,” he told an interviewer in 1997. “Beauty is more beautiful to a listener if I also show him the ugliness that is there. I use it as part of the drama of a composition. But I’m not interested in music that just shows ugliness.

“Besides,” he added, “I think ugliness in music is easier to achieve than — excuse the phrase — ‘real music’.”