More than a muse 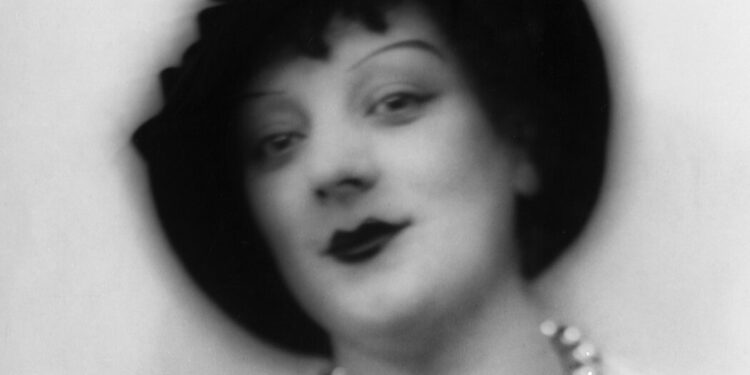 We open just as Kiki de Montparnasse starts to sing. It’s a scene told in the present tense, stitched together from a patchwork of memories – because who hasn’t left an account of their time in 1920s Paris? Especially if they’d managed to make their way to the Jockey, with its sticky floors, graffiti-stained walls and stiff cocktails, where Kiki – queen of the neighborhood – whirred her nostalgic songs. If you could smell it, said one contemporary, her voice would be “garlic hitting the hot butter and wine of a pan”: sharp, irresistible, and impossible to recapture once it’s gone.

Mark Braude’s lavishly entertaining biography attempts to rebalance the much-told tale of Left Bank Paris, in which Kiki—model, memoirist, and muse—is usually cast as a bit player. He brings that milieu to life in all its grit and energy—but also the greater socio-political pressures that omit myopic myth-making: the still-vivid trauma of World War I and the growing conservative resistance to all that represented the cosmopolitan city. Montparnasse, like Greenwich Village, was a funfair, a permitted reversal of the expected order, where the outcasts of society could reign for a while.

Kiki was such an outcast. Born Alice Prin in 1901 in a Burgundian village as an unmarried country girl, she was raised by her grandmother along with five illegitimate cousins. Alice did not hide or reject her parentage. They forged her character: her charm, her wildness and above all her generosity. Even if she was singing for a few sous at a dive bar, she’d offer you a drink if you were short. But she didn’t yearn for country life. At age 12, a lanky adolescent with tumbling black hair and a pointed nose, she was sent to live with her mother in Paris. Artistic Montparnasse (then known as ‘the neighborhood’) was where she found her home, her people and her calling.

Alice was just 16 when a sculptor invited her to pose in his studio in a ramshackle alleyway where a slew of artists made a living – one of his neighbours, a Romanian named Constantin Brancusi, caught the chickens wandering in the street and ate them. . She found the work fun, easy, lucrative and – despite the age-old association between modeling and sex work – completely safe. Her mother disagreed and marched into the artist’s den to drag her daughter home. But Alice had found something she was good at and cut off contact with her mother to keep doing it.

To get steady work she had to meet more artists and for that she had to conquer Café Rotonde. Located in the heart of the neighborhood, the Rotunda had a huge terrace, a bohemian clientele, and a strict pecking order. Alice did her best to charm the owner and quickly became a fixture. She gained access to the studios of Jewish immigrant artists such as Modigliani, Chaïm Soutine and her good friend Moïse Kisling. Nicknamed Kiki – often a slang term for a prostitute – she became more assertive; people loved her jokes and her fighting spirit. When a waiter at another cafe insisted that she dress more respectfully, she replied that “a cafe is not a church” and furthermore, “All American bitches come in without hats.”

Ah, yes, the Americans – what would the Paris of the 1920s be without them? Among the thousands who flocked to the city, Emmanuel Radnitzky, a “short, scruffy, and dark” Philadelphia artist, was “a pure product of immigrant America” both in his ambition and in his taste for self-reinvention. Man Ray, as he called himself, had first encountered a crowd of European expats in New York who – under the banner of Dada – toyed with discarding the entire edifice of art, society, culture and its rules. In 1921, he followed his friend Marcel Duchamp to Paris, where he discovered that the only thing anyone wanted to talk about was America. He had purposely left America, along with his first name and his first wife, a Belgian poet who followed Adon Lacroix. When they broke up, he beat her with a belt and told her “to explain the signs to her lover”. Though Braude doesn’t dwell on the incident, it gives a horrifying glimpse of Man Ray’s malevolent temper and his degrading attitude toward the women he was intimate with.

Kiki and Man Ray, like everyone else, met in a cafe. They slept together during their second photo shoot and soon after they started sharing a small studio near the Rotunda. Initially, Kiki fulfilled the traditional role of the artist’s companion, as a muse, cheerleader, secretary and housekeeper; she amused herself with a spirit of plenty that denied their lack of money. In return, Man Ray refused to say he loved her, insisting that “a romantic relationship was a kind of war.” He was also at war with his own talent, desperate to be hailed as the great painter he was not, rather than the great photographer he was. Despite belittling the job, he earned a good living as a portrait photographer. And in the neighborhood “everyone led to someone else”: Francis Picabia to Gertrude Stein, Jean Cocteau, James Joyce.

More than anyone else, Man Ray photographed Kiki. The most famous image they created together is both silly and stunning: Kiki’s bare back and buttocks, her limbs folded inward and her head in profile, the f-holes of a violin across her skin. Braude takes a long time to unravel a meaning that fits the picture’s status as the most expensive ever sold at auction. It is ‘an image of life’, he suggests, marking a definitive break with war, or perhaps ‘the prelude to a fantasist about the inevitable disappointment of reality’. More simply, it’s a knowing joke about the role of the model and the tricky issue of her collaboration with her artist. Can she be a musician, or just an instrument?

For all its vibrancy, this attempt to put Kiki back on the map doesn’t quite succeed in making her memorable as an artist. Braude describes her as a talented, if non-committal painter, a realist among the Surrealists, whose art and temperament were rooted in tangible pleasures rather than abstract ideas. “The sunny skies pulsate with a blue you could fly into,” he writes of her paintings, which depict the rural scenes and characters of her childhood. Like Man Ray, she was interested in film and appeared on screen – credited as “Kiki Ray” or “Kiki Man Ray” – in experimental works, including Fernand Léger’s 1924 “Ballet Mécanique”.

But most importantly, night after night and year after year, Kiki performed live, in cafes and bars around the neighborhood, her natural shyness conflicting with her love of singing, until alcohol and cocaine brokered the peace. Everyone remembered her, but with the exception of a few minutes on tape and film, and in countless works of art as a model, her presence is fleeting. What Kiki created did not grow in value and status like the work of her peers. As Braude points out, markets and museums are artistic legacies – and charisma cannot be auctioned.