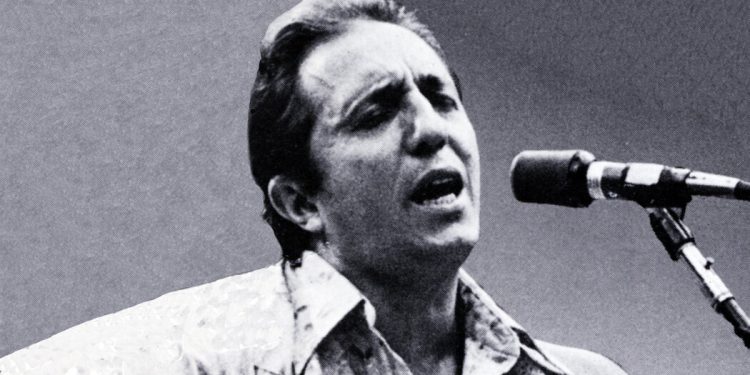 Paul Siebel, a folk singer and songwriter who drew comparisons to Bob Dylan in the 1960s and 1970s but left the music business, hampered by stage fright and disappointed by the lack of attention to his work, died on April 5 in hospice. in Centerville, Maryland. He was 84.

The cause was pulmonary fibrosis, said his cousin, Robert Woods. Mr. Siebel had lived in nearby Wye Mills.

In the mid-1960s, Mr. Siebel (pronounced: SEE-bel) moved from the folk music scene in Buffalo to the more thriving one in Greenwich Village.

“He knocked me out,” folk singer and multi-instrumentalist David Bromberg, who supported Siebel on gigs and remained his friend for decades, said on the phone. “He was a great singer and songwriter. But he had the worst stage fright of anyone I’ve ever met. If it hadn’t been for the stage fright, he would have continued.”

Siebel, whose music was infused with a country sound, sang with a nasal voice and wrote evocative songs with tall tales. In “Louise”, his most famous composition, he sang about the death of a truckstop prostitute:

Well they all said Louise wasn’t half bad
It was written on the walls and on the awnings
And how she would act like the little girl
A cheater, don’t believe her, that’s her job

Linda Ronstadt, in her book “Simple Dreams: A Musical Memoir” (2013), recalled that she called Mr. Siebel in 1969 at Cafe Au Go Go in Greenwich Village.

“We saw the last part of his very impressive show made rich with his cowboy falsetto and a song about a poignant, sad girl of a certain reputation named Louise,” wrote Ms. Ronstadt.

She recorded “Louise” and included it on her album “Silk Purse” (1970). It was subsequently covered by Bonnie Raitt, Leo Kottke and at least 20 other artists. Another number from Mr. Siebel, “Spanish Johnny”, was recorded by Emmylou Harris and Waylon Jennings and by Mr. Bromberg.

Siebel signed to Elektra Records after Mr. Bromberg had arranged a concert for him at the Folklore Center, in Greenwich Village, so that Peter Siegel, a producer for the label, could hear him.

When Siebel’s first album, Woodsmoke & Oranges, was released in 1970, Gregory McDonald, a Boston Globe critic, wrote that it “justifies his current comparison with Bob Dylan.” He called Mr. Siebel “the great new name in folk music.”

But “Woodsmoke & Oranges” didn’t sell well and neither did his follow-up album, “Jack-Knife Gypsy,” the following year.

Only one was to come, a live album recorded with Mr. Bromberg and the singer-songwriter Gary White in 1978 and released in 1981.

“He was very critical of himself,” said Mr Bromberg. “After those two albums, he wrote a few more songs, but he destroyed them. He said they weren’t as good as the ones on the albums.”

By the early 1980s, he had left the company altogether.

“I started drinking, things started to fall apart,” he told American Songwriter magazine in 2011. “I guess I didn’t get the recognition I wanted, and how can you write without that? And after a while I just couldn’t go out and do those same songs over and over. I soured. It soured.”

Paul Karl Siebel was born on September 19, 1937 in Buffalo. His father, Karl, was a farmer and restaurateur. His mother, Dorothy (Hosmer) Siebel, was a housewife and seamstress.

Paul studied classical violin as a child and later became proficient in the guitar. After attending what is now the University at Buffalo, he served in the military in Europe before starting to perform on the folk circuit in Buffalo. When he moved to New York City, he supported himself by working in a stroller factory in Brooklyn.

Robert Zachary Jr., his manager, told Dirty Linen, a folk and world music magazine, in 1996 that he didn’t have a phone before Mr. Siebel signed with Elektra. “I used to have to send him telegrams, you know, to have him come to town to see us and talk to us or sign a contract,” he said.

After Mr. Siebel left the music business, he became a restaurant bread baker and a Maryland county park employee.

He leaves no immediate survivors.

When asked in 1996 how he thought he would be remembered, Mr. Siebel: “He was a guy who wrote some pretty good songs. What ever happened to him?”