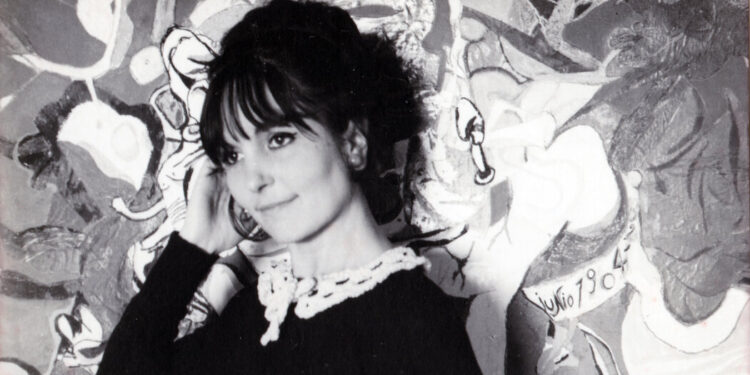 Paula Rego, who could be menacing, disturbing, playful or all at once in extraordinary works of art spanning 70 years, her paintings suggesting macabre stories but inviting viewers to fill in the details, died Wednesday at her north London home. She was 87.

The Victoria Miro Gallery, which represented her, posted news of her death on its website, calling her “an artist of uncompromising vision” who “brought “deep psychological insight and imagination to the genre of figurative art.” No reason was given.

Her art was valued by museums and sought after by collectors. In 2015, her painting “The Cadet and His Sister” sold at Sotheby’s in London for £1.1 million, or about $1.6 million.

Just last year, Mrs. Rego, who was born in Portugal but lived much of her life in England, is the subject of a major retrospective at London’s Tate Britain, featuring over 100 paintings and prints.

“Everyone is subtly disturbing without being clear why,” wrote Michael Prodger in a review in The New Statesman. “It’s hard to think of a recent exhibition that is both so captivating and has you rushing away feeling like something evil is on your shoulder.”

The works in that exhibition include “Cast of Characters From Snow White” (1996), a menagerie of incongruent figures, including Snow White herself, depicted with a nerve-wracking mature face and stocky calves.

“This,” wrote Eleanor Nairne in her DailyExpertNews review of the show, “is painting with the subversive edge of a contemporary fable, fresh from the imaginative depths of some wicked national treasure.”

Maria Paula Paiva de Figueiroa Rego was born in Lisbon on January 26, 1935, the son of Maria de São José Avanti Quaresma Paiva, who had studied painting at the School of Fine Arts in Lisbon, and José Fernandes Figueiroa Rego, an electronics engineer.

She was born during the early years of the António de Oliveira Salazar dictatorship, a regime that oppressed women.

“It was a fascist state for everyone,” Ms. Rego told The Associated Press in 2004, “but it was especially hard on women. They got a rough deal.”

Growing up around the seaside town of Estoril, she painted when she was a teenager, already aware of women’s struggles in Portugal. The earliest work in the Tate show, made when she was 15, is called ‘Interrogation’ and shows a seated woman, surrounded by vaguely menacing masculine shapes that can only be seen from her waist, desperately clutching her head.

When she was 17, she told The AP that her father, an outspoken liberal, gave her some advice: “Leave Portugal. This is not a country for a woman.”

In 1952 she began studying at the Slade School of Fine Art in London, where she would stay for the next four years and where she met a fellow artist, Victor Willing, whom she married in 1959.

Mrs. Rego and her husband lived in Portugal for a time when they were first married, but eventually settled in England, although Portugal and its political and social situation were still reflected in her paintings. She once said of her childhood in Portugal: “A lot of it is in my photos. A lot.” An often quoted abstract work, from 1960, is called ‘Salazar Braken het Vaderland’.

Mr. Willing died in 1988. By this time, Ms. Rego’s career takes off. She had her first solo exhibition in Portugal in 1965, but a solo exhibition at London’s Air Gallery in 1981 caused her to get a lot of attention in England. A 1988 exhibition at the Serpentine Gallery in London confirmed her position as a leading artist.

Her works were full of images inspired by children’s stories, the animal world, mythology and her family and married life.

“My paintings are stories,” she told The Independent of London in 1991, “but they are not stories, in the sense that they have no past and no future.”

The figures in it can be terrifying or threatening. Often it was up to the viewer to decide. For example, her work ‘Angel’ from 1998 shows a woman with a sponge in one hand and a sword in the other. Does she offer a cleaning, or an eviction?

Her ‘Dog Women’ series, 14 pastels showcased in 1994, presents women in canine poses – growling, sleeping, standing guard. Her ‘Abortion’ series later in the decade was a response to a failed referendum to legalize abortion in Portugal.

“It’s doubtful there will be anything more shocking in the paint this year,” Godfrey Barker wrote in The Evening Standard of London in 1999, when the “Abortion” series was exhibited in Madrid. “The canvases reveal the grotesque aftermath of a woman who had an abortion. She is seen in a dozen poses of numb despair and disbelief after the surgeon’s intervention, the aborted life casually present in a bucket.

“The supporting cast,” he added, “is outlined, from the grim seducer of one night to the all-rounder. Nothing Paula Rego has done so far matches these pictures in power, solemnity, psycho -horror and skillful modeling in paint.”

She leaves behind three children, Nick, Cas and Victoria Willing, as well as grandchildren and great-grandchildren.

In 2009 a museum dedicated to her and her husband’s work opened in Cascais, west of Lisbon, but Mrs. Rego did not want it to be called a museum. Instead, it is the Casa das Histórias – the House of Stories.