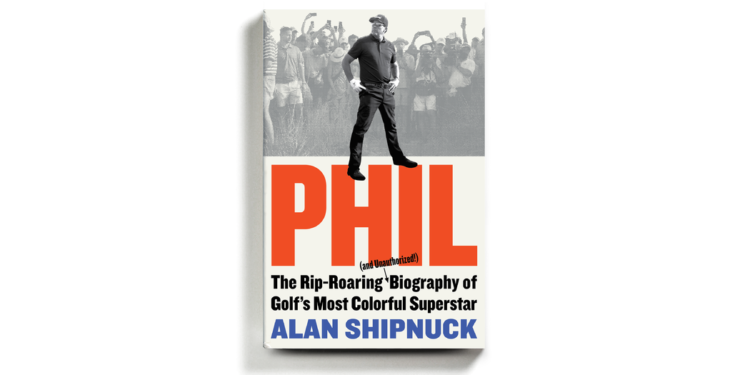 “Phil” is not a drive-by character assassination. Shipnuck generally admires Mickelson, noting his philanthropy, his sunny disposition, his deadpan humor, his many acts of random kindness, and the fact that he’s not a sore loser.

Shipnuck digs deeper into Mickelson’s gambling than anyone else yet. His addiction has led him to bond closely with dubious characters. He bets so heavily on football, Mickelson told a friend, that his bets could “move the line.” His gambling losses totaled more than $40 million from 2010 to 2014, according to documents reviewed by one of Shipnuck’s sources. The author then wonders if Mickelson needed that Saudi money.

Mickelson was born in San Diego in 1970. His father was a commercial pilot and a golf enthusiast. The family had a large backyard with a putting green and space for 40 yards of pitches. Mickelson practiced late into the night. “There was no swing analysis, no computer spitting out spin rates,” Shipnuck writes, “just a really curious kid digging the secrets of the game out of the dirt.”

By the time he was in high school, Mickelson was a networker and a schmoozer, Shipmuck writes, albeit a bit of a geek. He didn’t drink; he wore gaudy Sansabelt slacks and polo shirts with scratched-open collars and intricate buckles and visors.

He attended Arizona State University, where his team won the national title. His tee shots stayed in the air forever, people said, as if they were Frisbees. Mickelson studied psychology and he likes mental games.

This only seems creepy once, when he talks about making love to the woman who would become his wife, Amy Mickelson. He took her to a suspenseful movie, he says, rubbing her hand at a critical moment so that “she would displace her fear as excitement or attraction to me. And so, when I didn’t have much to work with, I was able to land such a gem.”