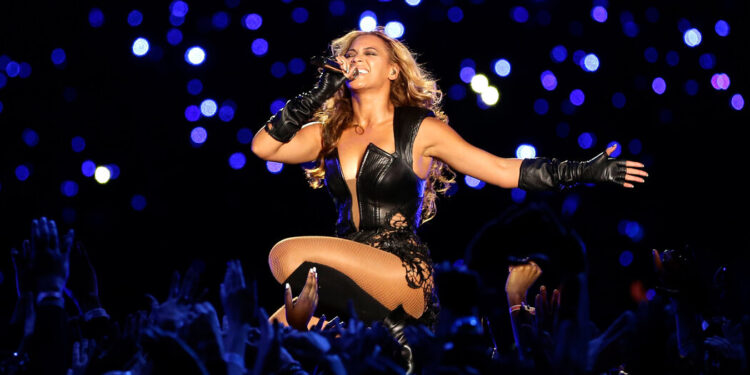 Much of the early ramifications surrounding the release of Beyoncé’s “Renaissance” — in the sense that there could be some real ramifications of a militarily accurate rollout that takes place in stealth and is manned by armies of writers, producers, marketers, lawyers, and social savants. media — came down to matters of recognition and credit.

These are concerns that are essentially legal, but in reality more philosophical and moral. Recognizing a source of inspiration, directly or indirectly, is sound business practice, but also, in the age of internet-centric hyperaccountability, it’s like playing offensive as defense.

This is perhaps unusually true in regards to ‘Renaissance’, a meticulous album that is a rich and thoughtful exploration and interpretation of the past decades in American dance music, especially its black, queer roots, touching disco, house, ballroom and more. . The credits and the collaborator list are meticulous – Beyoncé worked with producers and writers from those worlds and sampled fundamental songs from those scenes.

But there were still fights, or quirks, when the album arrived. First came the songwriting credits for ping pong on their lead single, “Break My Soul,” which initially featured the writers of the Robin S. club classic “Show Me Love,” then deleted and then reinstated them. (The credits don’t acknowledge StoneBridge, the remixer that popularized the original song, though.)

A few days before the album’s release, the full credits were circulated online, suggesting that the song “Energy” had interpolated a Kelis song produced by the Neptunes (Pharrell Williams and Chad Hugo). Kelis, the alt-soul innovator of the early 2000s, posted a series of Instagram videos expressing her frustration at not being notified of the borrowing, even though she doesn’t hold the publishing rights. (Kelis was not a credited writer or producer on most of the early albums she made with the Neptunes, due to an agreement she signed with the duo when she was “too young and stupid to check,” she told The Guardian.) That sparked conversations about legal versus spiritual obligations and the possible two faces of Williams. Without comment, Beyoncé updated the song and removed the interpolation from Kelis’ “Milkshake.”

When this kind of discontent spills over into the public eye (or in the worst cases the courts), the text is often about money, but the subtext is about power. And it’s worth noting that even Beyoncé, normally impeccable, was not able to safely roam the modern internet without a hitch.

Conversations about who has the right to borrow from whom — and whether it’s acceptable — are heightened when the borrower is one of pop music’s most powerful figures. But on “Renaissance,” Beyoncé uses her loans for the most part cleverly — teaming up with long-running house music DJ and producer Honey Dijon, and sampling the hugely influential drag queen and musician Kevin Aviance — providing a huge platform for artists who often are relegated to the margins.

Days after “Renaissance” officially arrived, Beyoncé released a series of remixes of her single, most notably “Break My Soul (The Queens Remix)”, which mixed her song with Madonna’s “Vogue”. That 1990 song, of course, represented an early mainstreaming of New York queer club culture. But Beyoncé brought new cultural politics to this version, turning Madonna’s roll call of white idols on the silver screen into a catalog of pivotal black female musicians: Aaliyah, Sister Rosetta Tharpe, Santigold, Bessie Smith, Nina Simone and more. (The idea for the remix was apparently originated by a DJ named frooty treblez on TikTok, who received several production credits.)

The remix is ​​electric, both philosophically and musically – showing a clear continuum of the ways pop stars themselves are voracious consumers and have been given a certain leeway when their loans are considered respectful. (Of course, both Beyoncé and Madonna have received criticism from gay critics who think their work is appropriate.)

Three decades after ‘Vogue’, however, Madonna still shows her ongoing, deep commitment to queer culture. She recently wrote “Material Gworrllllllll!” a collaboration with the rapper Saucy Santana who remixes his own song, “Material Girl” (named after her 1984 hit of course). It’s a bit of a messy clash – Madonna’s vocals sound like they’ve gone through some sort of hyperpop vocal filter, and her segments of the song feel more bloated than his. It’s spicy but lacks flair.

Saucy Santana, a gay rapper who first rose to fame on reality TV after working as a makeup artist for the hip-hop duo City Girls, began achieving TikTok virality a few years ago. Of his song snippets that gained popularity online, “Material Girl” was the most vibrant, an ode to transactional luxury as raw as Madonna’s original.

But the wink of the title was his most effective move, a way of linking his indifference to Madonna’s. This strategy spilled over into “Booty,” his most recent single, which is based on the same ecstatic horn sample as Beyoncé’s “Crazy in Love.” Even in a year when countless pop stars have looted the past for obvious samples, this was a particularly daring maneuver. Especially considering that the borrowed isn’t actually from “Crazy in Love,” but rather from the song that samples “Crazy in Love,” “Are You My Woman? (Tell Me So)” by the Chi-Lites.

Here, too, the link with the past is a magic trick. To the uninitiated, “Booty” sounds like an official cosign from Beyoncé herself. To the slightly more savvy, it might seem that Beyoncé’s endorsement was implicit, the result of some behind-the-scenes understanding. Or maybe Saucy Santana just daringly sidestepped her.

Either way, these borrowings mark Saucy Santana as a pop star who understands that fame is pastiche. He builds a persona of parts up for grabs, risking asking forgiveness rather than worrying about permission. Or rather, do exactly what the divas did before him.