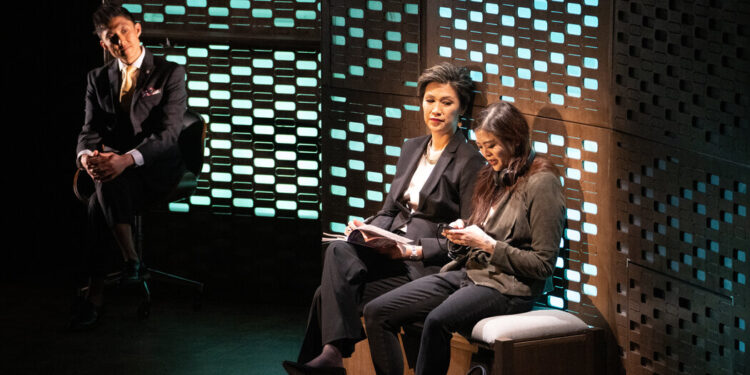 Julie is a little slow to understand, and it’s a safe bet that most onlookers will be way ahead of her. She also seems to be terrible in court (I kept mentally saying “Objection!”) ​​and gets confused easily. “Value [expletive] can I get a Mandarin translator in Dallas?” Julie wonders after being trapped in the city where the trial is taking place. Indeed, where could she find this unicorn in a huge conurbation with enough headquarters to support a cottage industry of specialist translators?

The show’s main concern is communication, or rather miscommunication, an idea it weaves into its fabric with the translator (Fang Du), an omniscient character hovering on the edge of the action. At regular intervals, he provides context, explains what is being spoken and articulates what is not – essentially delivering audio footnotes.

At worst, which is usually the case, the translator spells out the obvious, ruining the silences, allusions, and, yes, lies that underlie many conversations, and theater by extension. It’s like someone filling in the blanks in a Pinter play. Shortly after Eva tells an Australian nonprofit employee named Amanda (Gillian Saker, with an unfortunate wig that looks like the 1970s crashed on it) that they could see, say, in the powder room, Amanda coyly announces, “I feel a sudden and overwhelming urge to powder my nose.” The hint isn’t too subtle, yet the translator immediately lets us know she means, “Meet me in the bathroom.”

At best, which is not nearly enough, the translator sneaks in thought-provoking insights, such as when leading a conversation between Marshall and a Chinese official, or saying that his job “isn’t really to translate but to interpret. Not to convey truth to truth, but to give you informed approaches.”

A wealth of possibilities lies in the difference between these two words, but “Golden Shield” is more interested in histrionics than how approximations can get close to the truth, or at least a truth. 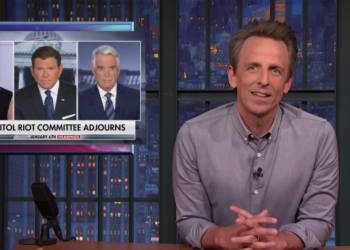