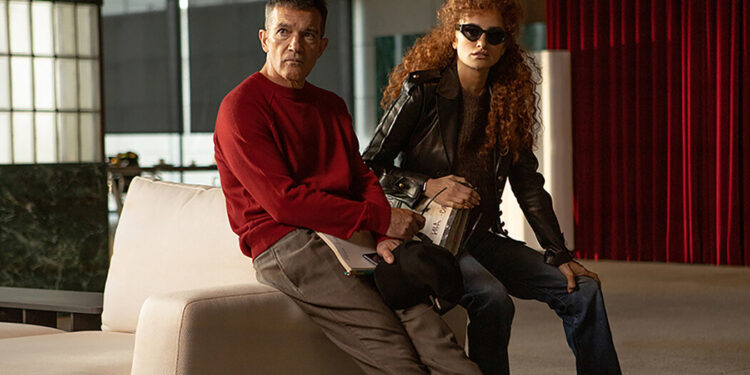 For over 20 years I’ve been thinking about actors at least part of the week, but exactly what they do remains a mystery to me. Is a great achievement the result of technique, of natural charisma or of an unrepeatable chemical reaction between talent and material? Is acting a sublime feat of self-transformation, or just a beautiful form of lying?

These questions arise in ‘Official Competition’, a playful film by the Argentine duo Gastón Duprat and Mariano Cohn about filmmaking in which three powerful Spanish-speaking actors give a master class in the theory and practice of their profession.

The premise is that a wealthy industrialist (José Luis Gomez), feeling down on his 80th birthday, decides to fund a movie as a way to expand his legacy. He buys the rights to an award-winning novel – he never bothers to read it – and hires an award-winning director, Lola, to cast the two acclaimed protagonists as bickering brothers. One is a world star named Felix, who is never seen with the same girlfriend twice and is always followed by the same submissive assistant. The other, Ivan, is a man of the theatre, proud of his work as a teacher and of his devotion to his wife of 28 years and the highest principles of art.

The most important thing to know about these people is that the director is played by Penélope Cruz, the box office idol of Antonio Banderas and the actor of the actor by Oscar Martínez. This is only partly typecasting: Martínez’s fame doesn’t extend as far as Banderas’s, but he did win the Best Acting Work award at the 2016 Venice Film Festival. Cruz, along with her many other gifts, is a brilliant comic book artist, and as Lola treads the thin line between crackpot and visionary without losing sight of the character’s integrity. Her fluffy cloud of reddish hair is itself an argument between inspiration and madness.

Lola is also the coach, referee and audience for the cage match that ensues between Ivan and Felix, whose professional respect for each other is indistinguishable from contempt. Something of a method man, Ivan believes his job is to dig into the soul of the person he pretends to be and find a psychological truth that can be communicated to the public. Felix is ​​more of a hit-your-mark, say-your-line, collect-your-paycheck type. Which one is better? The “Official Competition” is between their contrasting approaches, but it is also a competition of egos and self-images.

Lola demands them and keeps them off balance, causing them to immediately rehearse under a giant boulder hanging from a crane. Her own aesthetic agenda is a bit unfathomable, but she’s getting results, at least in the rehearsals we see. The actual authors of “Official Competition”, Duprat and Cohn, are much more relaxed and keep everything on a pitch of genius, low-key farce with a few bursts of strong feeling.

Ultimately, this is a one-joke movie—a shaggy dog ​​meta-story—but it’s not a bad joke. The production appears to have been carried out at a time of relatively strict pandemic restrictions, which is evident in the cavernous sets, sparsely populated scenes and social distancing between the actors. The austerity has its perks: a busier behind-the-scenes comedy might not have been able to offer such a close study of the actors at work, or such a dry and rigorous anatomy of what they’re doing.

I mean Felix and Ivan, yes, but also Banderas, Martínez and Cruz. Banderas, when he feels like it, can be wonderfully subtle and both poignant and magnetic. It’s almost indecent for someone so beautiful to possess such a skill, and you may have to go back to the old days – to Gary Cooper, for example – to find a matinee idol with equivalent gifts.

This is not to declare Banderas the winner. Felix, who is rehearsing his Oscar rejection speech while thinking no one is watching, insists art is not a competition, and he has a point. You would have to be a cynic to believe otherwise. But when it comes to movies and acting, cynicism is part of the fun.