The art scene in Athens is becoming contemporary 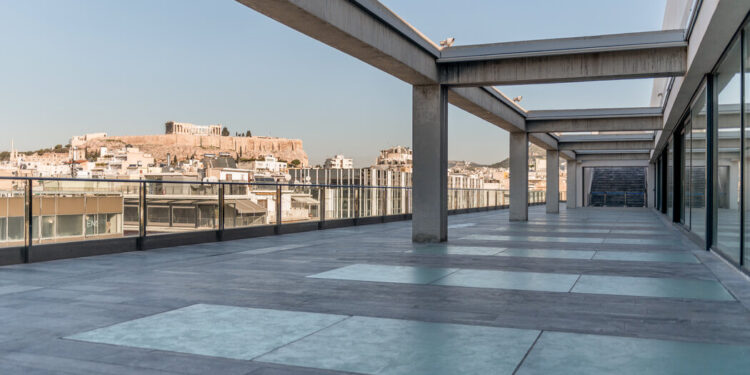 ATHENS — One recent afternoon, Pennsylvania-born, Athens-based artist Jennifer Nelson toiled on her new project in a spacious temporary studio. In one corner were overflowing garbage bags of various colors whose contents would be used in her installation, “Waste (Inheritance).”

Over the past year, Ms. Nelson has been collecting the packaging and material waste generated by her family. Until September, she will transform the garbage into a gigantic sculpture in which she will drape herself during a performance at the National Museum of Contemporary Art Athens, or EMST. It is her way of raising awareness of the litter that people produce and the burden this entails for future generations.

The Waste Workshop is one of seven exhibitions marking the rebirth of EMST, a museum of international and Greek contemporary art.

Born in 2000 as a nomadic institution, it moved to its current premises seven years ago. But due to the Greek economic crisis, bureaucratic delays and the pandemic, EMST had its official opening as a fully operational museum earlier this month. Festivities were held on the site: a converted brewery with a large foyer, several gallery levels and terraces with panoramic views of the city.

Another reason why the opening was postponed was because “successive governments in this country were frankly not interested in contemporary art,” said Katerina Gregos, artistic director of the museum last year. Until now, the emphasis has been “on our classical heritage and on antiquities. There’s a lot to protect, and we’re a small country.”

Ms Gregos also noted that there was a “huge gap in education” in the fields of modern and contemporary art. Greece “never really experienced modernism,” and if you were an artist who wanted a career in the 1960s, “you had to go abroad.”

She said attitudes had changed under Prime Minister Kyriakos Mitsotakis, who has been in power since 2019. His government had persuaded her to move from Brussels to Athens, where she had lived and worked since 2006, and, she added, gave her the means to run the institution. : an annual budget of 9 million euros ($9.5 million), about double what it was before.

Ms. Gregos is the curator of EMST’s premier inaugural exhibition, “Statecraft and Beyond” (through October 30). It is a group show that looks at how the authority of nation states and governments is exercised and how it is challenged by technology, globalization and extreme nationalism.

On another wall, German artist Thomas Kilpper displays 90 charcoal drawings of far-right attacks on refugees and asylum seekers in various locations in Germany.

The Greek state may have been late with the contemporary art party, but private foundations, funded by the country’s largest fortunes, have tried to make up for it. The Deste, Neon, Onassis and Stavros Niarchos Foundations put on shows and cultural programs, distribute grants and fund artist residencies. (A new commercial gallery district has also emerged recently in Piraeus, the port of Athens.)

This summer, the foundations are offering a varied cultural program.

Set in the striking post-industrial space, Neon, a former tobacco factory founded by billionaire Greek entrepreneur Dimitris Daskalopoulos, showcases “Dream On”, featuring 18 large-scale installations by artists such as Thomas Hirschhorn, Annette Messager and Paul McCarthy. The artworks come from the collection of Mr Daskalopoulos, who donated more than 350 works in April to four museums, including EMST, the Guggenheim and the Tate.

And the Onassis Foundation — named after the son of shipping magnate Aristotle Onassis and housed in a huge building that opened in 2011 with exhibition galleries and two theaters — showcases a digital art exhibit in an unexpected location: the Pedion tou Areos Park.

At last week’s Art for Tomorrow conference, an event organized in conjunction with DailyExpertNews, the Onassis Foundation’s director of culture, Afroditi Panagiotakou, said the economic crisis had “put Greece on the map for all the bad reasons” , but also helped the world “forget the Parthenon for a while” and focus on the urban realities of Athens.

She said the recession and collapsing real estate prices, as well as the 2017 Documenta exhibition (which was held in part in Athens), prompted artists to move to Athens and build an edgy art scene.

“Right now the big question is, how can we keep ourselves relevant?” she asked. “How can we keep the international scene interested in Athens when the crisis is not the same here?”

Mareva Grabowski-Mitsotakis, the Prime Minister’s wife and a champion of Greek culture and craft, agreed that it was important “to maintain the momentum that exists now, where the art scene is thriving.” She suggested that Athens should become a bridge between past and present, the center of ‘a dialogue between our classical heritage and contemporary creativity’.

“Even if it is a peripheral city,” she said, Athens is, “by its cultural heritage, one of the most important cities of the world.”

Nicholas Yatromanolakis, the country’s first-ever deputy culture minister for contemporary culture — a Harvard University graduate who was appointed to the position last year — said he was irritated by the occasional parallels between Athens and global capitals like Berlin.

“The goal is not to make it the new New York, or the new London, or the new Paris,” he said.

He described his work as helping artists across the cultural spectrum “to live from their art, from their craft” and “show what they can do beyond the borders of Athens or Greece.”

“We have to make Athens the best version of itself,” he said. 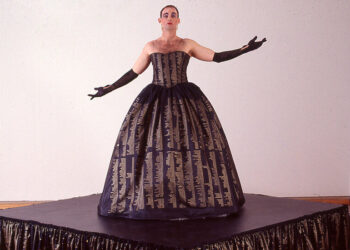 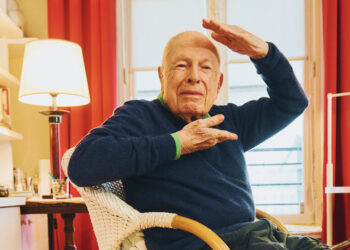