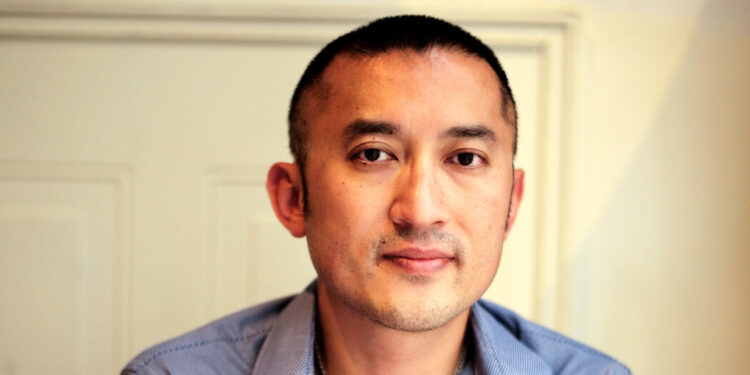 The question from Chinese-born composer Huang Ruo came out of the blue: Would American playwright David Henry Hwang consider his Broadway hit ‘M. Butterfly” for the opera stage?

It was 2013 and Huang, who had worked with Hwang on an Off Broadway revival of “The Dance and the Railroad,” was eager to team up again. The playwright agreed, and in late July, nearly a decade after their first conversation, “Mr. Butterfly” premiered at the Santa Fe Opera.

Like the play, the opera tells the story of René Gallimard, an official of the French embassy in Beijing, who falls in love with Song Liling, a Chinese opera singer who seems to be the ideal woman. Gallimard eventually discovers that Song has always been a man – and a spy.

“Mr Butterfly” turns Puccini’s “Madama Butterfly” on its head, which tells the story of Cio-Cio-San, a betrayed young geisha, who waits in vain for the return of Pinkerton, her American husband. It gives strength to Asian characters rather than Westerners, and the fluidity in gender roles goes against sexist tropes in Puccini’s opera.

In an interview from Santa Fe, Huang said the discussions of race, gender, and power in “M. Butterfly,” which runs through August 24, spoke to the present moment, more than three decades after the play’s premiere. also talked about his early immersion in Chinese opera, the impact of the pandemic on production and Asian representation in the arts, which are edited excerpts from the conversation.

Tell me about your first encounter with the play ‘M. Butterfly.”

When I was in Oberlin, in my college days, the first play I saw in America was “Mr. Butterfly.” It left a very deep impression. I knew Puccini’s ‘Madama Butterfly’, the opera, but I knew ‘M. Butterfly.” I thought it was a spelling mistake. I went in expecting to see “Madama Butterfly” but walked out with a totally opposite and different story.

Why run the play, which was successful on Broadway and inspired? a movie from 1993at an opera?

I’ve seen different versions of the piece and I often felt it should be told in musical form because it was so related to Puccini and to the inversion of ‘Madama Butterfly’. I felt like I could integrate freely in opera – twisting and turning, creating all the drama with the music. Some plays should never be touched or turned into opera, but I found this to be one of the rare instances where it could work.

You grew up on Hainan Island, the southernmost edge of China, immersed in traditional Chinese opera and other music. How was that?

In every village in Hainan, there is a common open-air space, such as a plaza. People brought their clothes to dry under the blazing sun during the day or put the rice outside to dry. At night people sat there, the boys took off their shirts, to cool off and fall asleep.

Occasionally, Hainanese opera companies would come to the village to perform. And at that time the open square became an improvised theater. Each family would bring their own food and chairs. And my grandmother took me to sit there, to see opera.

How did those early experiences influence your artistic philosophy?

My grandmother was never sent to school because her family was poor and she was a woman. But she got her education by watching opera. Opera was for everyone: men and women, the elderly and the young. She taught all these stories and moral lessons, and she taught me those too.

How has the story of “Madama Butterfly” influenced your approach?

Puccini’s opera depicts a submissive young Asian woman who will do anything – even change her faith – to be put in a cage, serve as someone’s wife, and even bear a child. And it shows that she foolishly wants him to come back, only to be abandoned and her only child, her only hope, be brutally taken away. Pinkerton was portrayed by Puccini as this white man who doesn’t know or respect Eastern traditions or culture, and Cio-Cio-San just abuses and takes advantage of her, both physically and psychologically.

The big picture is this kind of imbalance between East and West, and the smaller picture is the interplay of man and woman, and Asians being treated as inhumane. That’s in “M. Butterfly.”

Can you give an example of how Puccini’s music is the score of “M. Butterfly”?

The overture to “Madama Butterfly” is very fast and energetic, in a minor key, which sounds very western. I turned the overture upside down. I used the Puccini motif and reversed it. I made it quasi-pentatonic, to make it more oriental. And then I have an opera gong, crash cymbal and all those instruments are part of it. So it’s pretty unrecognizable if you don’t know the Puccini well, but I felt it was related to the Puccini in that way, and it also became new, just like “M. butterfly itself.

The premiere of “M. Butterfly” was postponed for two years due to the pandemic. How does it feel to open right now?

It’s even more topical now, because of the pandemic and the rise of anti-Asian hatred. Asian Americans are again being treated with inhumane stereotypes and racial hatred. They are treated as others, not as equals. With m. Butterfly’, we show people that this is the history of humanity – that this is not just an exotic story set in the past.

What was it like witnessing the spike in hatred of Asians in the United States, especially in New York City, your old home?

You just don’t know when and where you might be attacked. For example, I took my children on a bicycle after the heavy attack on a Filipino woman in Times Square last year. I basically disguised them, and disguised myself, so we all had masks, and they had helmets on, and I had a hat, so we all looked less Asian. That was the first time I felt I had to disguise myself in America.

Normally, Asians and Asian Americans want to be seen and heard. We’ve been complaining for a long time that we’re invisible. But that was when I wanted to be invisible. I didn’t want to be seen or identified. Is that normal? Is that real? I don’t think that’s normal, but it felt so real at the time.

What do you want the audience to take away from ‘M. Butterfly”?

I want people to understand the story, but also ask questions. That to me is the best opera can do: not to provide answers, but to provoke questions. And to let the audience ask questions about their own background, their own journey.