The Queer Indigenous Artists Regain a Fluid Sense of Gender 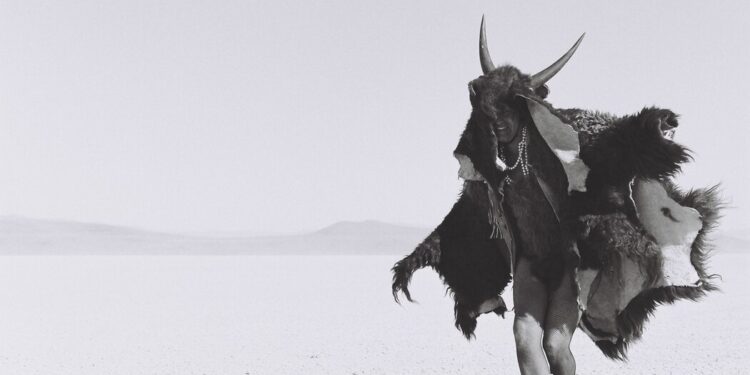 IN SOME NATIVE cultures, gender-liminal people were not only welcomed but given an elevated status, believing that their ability to move between states of being gave them privileged access to the spiritual world and evidence of supernatural powers. Filipino-American filmmaker Isabel Sandoval’s upcoming feature ‘Tropical Gothic’ (expected to be released in 2023) centers around a babaylan, or shaman, a role historically occupied by women in the Philippines, but was also open to men as they committed to living as women, donning feminine clothes and sometimes taking husbands. The setting is the island of Cebu in the 16th century, shortly after the arrival of the conquistadors, who claimed the area for Spain and named it after their crown prince and later king, Philip II. After a Spaniard takes over the land of the babaylan, she pretends to be possessed by the man’s deceased wife. The script doesn’t make the babaylan’s backstory explicit, but Sandoval, who is trans, plays the part, “so that sets the interpretation,” she says. As in her previous film, “Lingua Franca” (2019), which was set in Brooklyn and featured dialogue in Tagalog and Cebuano, she does not make art with the assumption of an outsider’s gaze and the need to explain.

And “Tropical Gothic” is more than a historical drama. Now based in New York, Sandoval recalls growing up in the 1980s in Cebu, where schoolchildren were punished if they were caught speaking Cebuano. Colonialism is not an artifact to be impartially examined, as if it were enshrined in a museum; it continues to this day. Perhaps its most insidious form is a kind of internalized colonialism, in which, under foreign rule, a decimated and demoralized people are taught to humble and ultimately turn away from their own traditions.

So, restoring the past can be an act of resistance. In the animated short “Kapaemahu” (2020), directed by Hinaleimoana Wong-Kalu, Dean Hamer and Joe Wilson, an old mo’olelo (“Oral Story”) is revived and tells of the journey of four healers from Tahiti to the Hawaiian Islands many centuries ago. Like Wong-Kalu, who narrates the film, and the dancer and singer Kaumakaiwa Kanaka’ole, who composed and performs the chant in it, the healers were māhū, “neither male nor female … a mixture of both in mind, heart and spirit,” as the film puts it. They brought knowledge of how to relieve pain and cure illness and were welcomed and loved. When it was time to leave, the grateful community hauled four boulders onto Waikiki Beach, in what is now Honolulu; the māhū imbued the stones with their spirit and then disappeared.