The wonderfully idiosyncratic world of songs by Aldous Harding 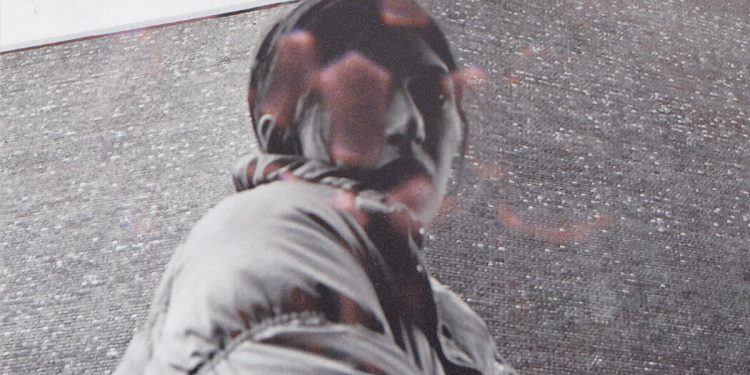 If you’re not familiar with the weird and wonderful world of New Zealand folk musician Aldous Harding, the mesmerizing music video for her 2019 single “The Barrel” is probably the place to start.

The song is airy and light – softly plucked acoustic guitar chords, an exuberant piano riff – but as the video progresses, a disarming sense of the eerie creeps in. Something is so slightly wrong. Harding wears a billowing blouse with a pilgrim’s collar and a stovepipe straw hat, shaking her stiffly at her shoulders and making a series of uncomfortably expressive faces. It’s not quite clear at first, but you could swear that with each cut, her hat seems to get… bigger? Then it is Surely bigger, comically so – but just when it gets bizarre enough to laugh out loud, there’s a sudden gash in Harding with a ghostly demon mask that takes your breath away. At any time you might be tempted to ask, Why? But that would be the wrong question. In the droll, dreamy work of Aldous Harding, there isn’t much… becausejust a lot of glorious, deadpan is†

Harding is generally reluctant to explain what her songs are “about” and leans toward prismatic and evocative lyrics that welcome multiple interpretations. Yet, in the midst of her mesmerizing fourth album, “Warm Chris,” on Friday she stumbles upon a chorus that in a way sounds like a mantra for her entire joyfully compelling body of work: “Passion must play, or passion won’t stay.” she sings on the cheerful, piano-driven ‘Passion Babe’, with a high, staccato voice that makes her sound like a wise child.

Even Harding’s more somber-sounding early records, like 2017’s sparse and gothic “Party,” were enlivened by moments of absurdist humor, such as incongruous backing vocals that popped up out of nowhere on song titles like “What If Birds Aren’t Singing They’re Singing.” shout.” However, since her breakthrough 2019 album ‘Designer’, Harding’s music has moved closer and closer to weightlessness. ‘Warm Chris’, a collection of broken, lighthearted pop songs and her third album, produced by PJ Harvey collaborator John Parish, continues this progress. It’s her most nimble album to date, though it hasn’t sacrificed her signature surreal undercurrent.

Harding’s voice is chameleonic, and the way it changes tone and timbre from song to song is one of the disorienting pleasures of her music. “People say to me, ‘Why don’t you use your real voice?'” she said in a recent Pitchfork interview. “But what people don’t understand is that I don’t know what my normal voice is anymore.” On paper, Harding could be classified as just another “female folk singer/songwriter,” but her music and videos have a spaciousness that makes that description seem unbearably limiting. In her writing process, which she has described as a kind of channeling of different characters’ monologues, she added, “taking identity too seriously is really damaging to my music.”

And so her vocal delivery in “Warm Chris” is anything but predictable: on one track, the powerful, thumping “She’ll Be Coming Round the Mountain,” Harding sings with the reedy scent of Neil Young from the “After the Gold Rush”— era , while on the next, ‘Staring at the Henry Moore’, she is a lilting singer in the style of Vashti Bunyan. The quintessential Harding song isn’t so much a readable story as it is a tableau vivant, with strange, unknowable characters posed in the middle of a scene that is either fully realized or never fully explained.

Much of this effect comes from Harding’s lyrics, which are concise, enigmatic and powerful. That wasn’t always the case: on her 2014 self-titled debut album, she often used archaic words and gnarled diction, as if trying her best to sound serious and poetic. But her writing has improved immensely as she has come to understand the power of simple, modern words arranged in unexpected ways. “Oh de dirty of it,” she says in a gruff voice at the beginning of the “Warm Chris” highlight “Tick Tock” — a line that is somehow both inscrutable and precisely lively.

The excellent single “Fever”, a spiky, stuttering mid-tempo track, contains some of her most rousing lyrics to date. While too vague and imaginative to be reduced to a linear narrative, the song still loosely and poignantly suggests just how difficult it can be to craft a long-lasting collaboration: “I still stare at you in the dark” , sings Harding in a low croon, “looking for that thrill in nothingness.”

It’s quite a tightrope act to make music so legitimately strange without falling into over the top whimsy, and every now and then Harding’s legs wiggle. (“Of all the ways to eat a cake,” she sings in “Passion Babe,” “this one sure takes the knife.”) But at its core, like David Byrne in his big suit or David Bowie playing harlequin Harding’s is a grounded eccentricity, rooted in the traditions of avant-garde theater and folk music while maintaining a welcoming sense of play. As with all of Harding’s best work, “Warm Chris” is an offbeat, infectious, and ultimately liberating invitation to stop making sense.