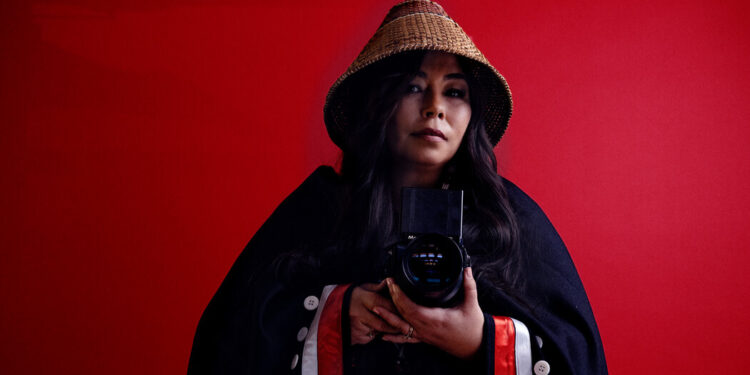 Project 562 is the fourth and most ambitious of Ms. Wilbur’s creative projects that focus on Native Americans’ core values ​​and experiences—including food sovereignty, remarriage (a term that can refer to seed sharing, knowledge sharing, or reclaiming female identity), kinship bonds and mutualism. (Next year, a Project 562 book will be published by Ten Speed ​​Press, and an exhibition hosted by the nonprofit Photoville is scheduled for June 4 to 26 in Times Square.) But most importantly, according to her own account, Ms. Wilbur’s personal experience has also delved into sitting with the elderly such as John Trudell, an activist who died in 2015, who, she said, suggested conveying “what it means to become human from an Indigenous perspective.”

This interview has been edited and abridged.

Why is collaboration with your subjects key to your portraits?

My spirit name, Tsa-Tsique, means Woman who teaches, so it is my responsibility to be a messenger, and a good relative, as I try to tell these stories. Each of the people I photographed chose what to wear, where to shoot, and what questions to answer. They share in the mission to change the way we view Native America.

Because of that common purpose, I think photographically it put me in a lot of situations where they chose a location because it might have been emotionally important to them. When I was shooting tribes in Utah, outside of Zion National Park, I really wanted people to stand in front of those big red rock formations under that blue sky, and they said, no, it’s okay. Just take my picture here on my porch.

Has the project changed over time?

In the beginning, the work was mainly about overcoming stereotypes of the learning and feathered Native American. How do we help people realize that Native America is complex, that everywhere we are is Native land, that there is a Native identity that is always around you, if you choose to listen and be involved? That’s what it was about.

As time went on, I became interested in things other than correcting narrative texts. I think I aspired to get to know cultures and identities that I had hoped for as a child. When I was young, my mother had a Native American art gallery, and we had songs by Haudenosaunee singer Joanne Shenandoah. I played her album on repeat. And I would try to imagine what it would be like to be in one of their long houses. So that was a big moment when I got to visit her.