Ukraine’s most famous living composer is now a refugee 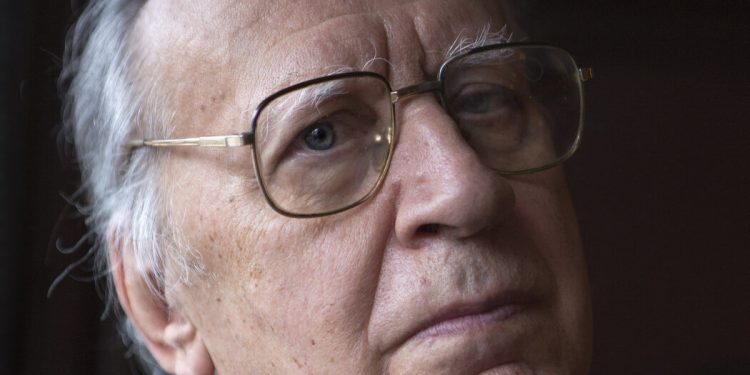 His “Prayer for Ukraine” was the focus of a benefit concert of the Metropolitan Opera this month. His Fourth Symphony has been played by the London Philharmonic Orchestra in recent weeks; his Eighth, by the Lithuanian National Opera; his “Silent Music”, on Sunday, in a concert for peace organized by the Berlin Philharmonic. His publisher lists dozens of upcoming performances of his works.

As Russia’s war against Ukraine enters its second month, Valentin Silvestrov, Ukraine’s most famous living composer, has become a musical spokesperson for his country. And like millions of Ukrainians, the conflict has turned him into a refugee: in early March, he and his family traveled by bus from their home in Kiev to Lviv in three days, and from there through Poland to Berlin, where he is now taking shelter. .

“We’re more or less okay,” Silvestrov, 84, said in a video call last week. But he added that he remains in shock about the war.

Silvestrov’s subtle, comforting music has taken on new meaning for listeners in a war-torn country. “Putin’s bombing of Kiev has killed and destroyed people, houses and music,” his friend Constantin Sigov, a professor and book publisher, said by phone from that city. “But with some kind of incredible hearing, Silvestrov has realized how they can be resurrected.”

Born in Kiev in 1937, Silvestrov made a name for himself in the 1960s with avant-garde scores that challenged Soviet aesthetic norms by floating between austere modernism and eclectic polystilism. The finely textured contrasts and sharp bursts of his Symphony No. 3, “Eschatofony,” caught the attention of Western experimenters; the influential composer and conductor Bruno Maderna conducted it in 1968 in Darmstadt, a West German hotbed for contemporary music.

Silvestrov was annoyed by the restrictions and demands of the Soviet government. After protesting at an official meeting in Kiev in 1970, he was expelled from the Ukrainian Union of Composers. Three years later, he was allowed to participate again, but the punishment contributed to a change that was already seeping into his writing, as he switched from noisy scores to soft, intimate scores, such as his 24 “Quiet Songs” for voice and piano, a tour de force of silence and loneliness. This tone of silent meditation enabled Silvestrov to largely avoid politics during the rest of the Soviet period, when he commented only very rarely and sideways on current affairs; its international status grew gradually.

But with Ukraine’s independence in 1991, and especially after the Orange Revolution in 2004 and the Maidan protests against Russian influence in 2014, he turned more openly to political and religious issues. Silvestrov responded to Maidan by composing a series of songs that were later collected as ‘Maidan-2014’ for a cappella choir. (The 13th part is the “Prayer for Ukraine”, performed at the Met.) The collection also included five new settings of the Ukrainian national anthem.

The original versions of the “Maidan-2014” songs were recorded at home while Silvestrov sang and played the piano, then released on the Internet as the revolution unfolded. The choral versions transform his personal anger and grief into a communal memorial, solemn and resolute.

The current war, Silvestrov said in the recent interview, is “a continuation of the Maidan. Only the Maidan Revolution was only in Kiev, and now all of Ukraine has become the Maidan.”

Thus, his sober, reflective compositions “have become relevant again”, he added – including the Maidan songs and his choral composition “In Memoriam”, written between 2019 and 2020.

As threats to Kiev mounted in the days after the Russian invasion began on February 24, Silvestrov’s daughter and granddaughter urged him to evacuate, and he reluctantly agreed. (His grandson stayed behind as a volunteer in the war effort.) Their circuitous journey west required last-minute adjustments due to the Russian bombing of Vinnytsia, which involved an overnight stay in a kindergarten before finally arriving in Lviv.

In the interview, Silvestrov was more relaxed when discussing music, but seemed almost mad at himself for letting the discussion drift out of the war. He spoke passionately for the establishment of a no-fly zone over Ukraine by NATO.

Since his arrival in Berlin, he has not spoken out explicitly about the war in music, as he did about the Maidan. Yet there are more than traces of the conflict in short piano pieces that Silvestrov said he wrote “spontaneously” after arriving in Germany – both called “Elegy”, a favorite genre of his.

The first is dated March 9, the day after he reached Berlin. He said the tune “came up” during his escape from Ukraine, traveling to and across the Polish border, “when we saw endless crowds of refugees, endless cars piled up for miles, and this sense of disaster.” He referred to the short, simple melody in thirds with a low bass line as a “sign of Ukraine”, recalling the country’s folk music and 18th-century choral works by composers such as Artemy Vedel.

Anna Netrebko. The superstar Russian soprano will not appear at the Metropolitan Opera this season or next after failing to comply with the company’s demand to distance itself from Russia’s President Vladimir V. Putin in the wake of the invasion of Ukraine.

Vladimir Potanin. The Guggenheim Museum said the Russian businessman and close associate of Mr Putin would resign as one of its trustees, a position he took on in 2002. While no reason was given for the decision, the museum’s statement referred to the war in Ukraine.

Gerard Depardieu. The French actor, who became a Russian citizen in 2013 and one of the closest Western celebrities to Putin, took a surprising stance when he denounced the war during an interview.

The second elegy, dated March 16, is part of ‘Pastorale en Elegy’, composed after spending several days in Berlin, witnessing the events in Ukraine from a distance and becoming increasingly despondent. The elegy here is a chaconne with a distinctive dotted funeral rhythm; he called it a “reaction of mourning.”

He is, Sigov added, “a real voice of Kiev who is connected to the whole world and hopes to speak directly to the world.”

Still, Silvestrov’s sudden rise in global reputation has caused him some discomfort. He said he felt strange, even annoyed, “that this accident had to happen before they started playing my music.”

“Is music in itself worthless without some form of war?” he added.

Silvestrov was already thinking about war when he composed “In Memoriam” three years ago, in response to a request for music for the celebration of May 8, 2020, the commemoration of the end of the Second World War, which has been celebrated in Ukraine since 2015 as the Day of Remembrance and Reconciliation. Instead of writing a completely new composition, Silvestrov edited ‘Maidan-2014’. He removed the distinctly Ukrainian features, including the anthem settings, and added, as a culmination, a setting of John Donne’s words: ‘Never send to know who the bell tolls; the toll on you.”

In the interview, Silvestrov spoke fervently about this neglected morality and lamented the continued topicality of a composition intended to mark the horrors of decades ago, as a new war rages over some of the same countries, threatening to engulf Europe once again.

“It is very clear,” he said just before the conversation ended, “that this is not a problem of Ukraine and Russia. It is a civilization problem.” 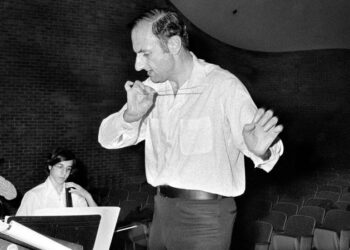