“We wanted to be in combat zones. We were just as brave as the men.’ 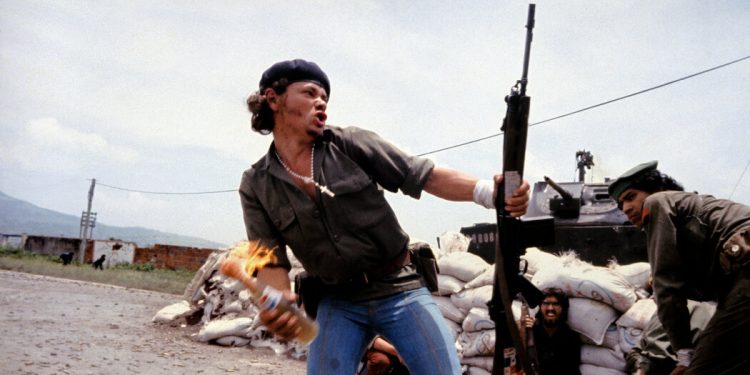 PARIS — The visual war stories have mostly been told by men through the lens of correspondents such as Robert Capa and Henri Cartier-Bresson, whose photographs confronted viewers with the proximity and horror of combat.

The lesser-known perspective of women in conflict zones is the subject of a new photo exhibition that highlights 75 years of war through images from eight female documentary photographers.

The show, “Women War Photographers”, organized in collaboration with a German museum, the Kunstpalast in Düsseldorf, will run until December 31 at the Museum of the Liberation of Paris, General Leclerc Museum, Jean Moulin Museum in the 14th arrondissement.

“We are a historical museum, not an art center,” said Sylvie Zaidman, director of the Paris museum and curator of the exhibition. “Our goal is to show the continuity of conflict in modern history through the eyes of women.”

Through more than 80 photos and documents, as well as original newspapers and magazines, the show showcases the work of leading photographers whose names may be less known to the public than their work.

The earliest images in the show are from the Spanish Civil War (1936-39), in which Gerda Taro was killed in 1937, and the latest are from the war in Afghanistan, depicting the ravages of war alongside ordinary life. Ms. Taro, Mr. Capa’s professional partner and friend, was one of the first female photographers to be killed in combat.

Anne-Marie Beckmann, an art historian who co-curated the original (and larger) version of the exhibition at the Kunstpalast in 2019, said the idea came about when the Düsseldorf museum acquired photos from Anja Niedringhaus, a Pulitzer Prize-winning photojournalist. who was murdered in 2014 while on assignment in Afghanistan.

“We felt it was important to portray female photojournalists who were underrepresented in research, catalogs and museum exhibitions,” said Ms Beckmann, who is also director of the Deutsche Börse Photography Foundation in Frankfurt. “We chose these women for their unique visual strategies and their artistic eye, which went beyond just communicating information.”

In 1976, before moving to Nicaragua, American photographer Susan Meiselas joined the international freelance group of photographers at Magnum Photos, the Paris-based cooperative agency co-founded by Mr. Capa and Mr. Cartier-Bresson.

“The community around Magnum encouraged me to go out into the world with a camera,” Ms Meiselas, now 73, said in an interview at the Magnum Gallery in Paris. “I am not one to parachute into an all-out war, but I went to Nicaragua to witness the crushing of a popular movement.”

“It was the unpredictability of history that interested me, and the response of civilians to the possibility of war,” she said. “I was drawn to making history and those who made it.”

A 1979 photo of her, now known as “Molotov Man,” is featured on the Paris show. The shot — of a Sandinista rebel preparing to throw a homemade explosive device — became a defining image and helped raise international awareness of the Somoza dictatorship.

“Women have never been and never will be the dominant voice in conflict,” said Ms. Meiselas. “But they are encouraged by other women who are in the field.”

Christine Spengler, now 77, is an award-winning French photographer and writer who covered the war in Vietnam and Cambodia with two of her contemporaries in the 1970s, at the height of the fighting. (She also worked in Northern Ireland, Western Sahara, Afghanistan and Iraq.)

“I’ve never worn a helmet or a bulletproof vest,” Ms. Spengler said in a telephone interview. “With Catherine Leroy and Françoise Demulder, we wanted to be in combat zones. We were just as brave as the men.”

Ms. Leroy, who died in 2006, is said to be the first female war correspondent to participate in a combat jump when she parachuted with the 173rd Airborne in Vietnam in 1967. Mrs. Demulder, who died in 2008, gave up a modeling career in France to cover that war. She went on to win the World Press Photo of the Year award for her 1976 photo of a Palestinian woman pleading with a gunman in Lebanon, Beirut. Work by both women is part of the exhibition.

Ms. Spengler’s arresting photograph of the devastation in Phnom Penh, Cambodia, after the Khmer Rouge bombing in April 1975 was chosen for the exhibition’s advertising poster and catalog cover.

“It was noon on that apocalyptic day when 250 rockets fell on Phnom Penh in 20 minutes,” Ms Spengler said. “I took a single photo just as the boy turned around.”

Lee Miller, a New York fashion model who died in 1977, traveled to Europe for Vogue to cover World War II and sent images of the liberation of the Dachau and Buchenwald concentration camps.

Taking a great photo in a war zone can be a matter of access, an advantage women have because they are perceived as less threatening than men.

“War is mostly male dominated, so as a woman I was able to observe without being a threat,” Carolyn Cole, 60, wrote in an email. Ms Cole, a Los Angeles Times photojournalist since 1994, has covered conflicts in Kosovo, Israel, Gaza, Sudan, Liberia, Iraq and Afghanistan.

“I felt invisible at times, which only helped me gain access,” Ms Cole said. “I found the purpose of being the eyes for those who couldn’t see for themselves the inhumanity of war and the humanity of those caught in the crossfire.”