What’s on TV this week: ‘Julia’ and the MTV Movie & TV Awards 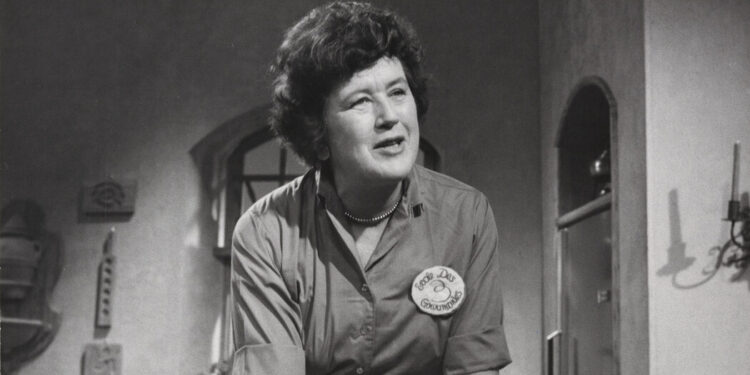 Between network, cable and streaming, the modern television landscape is vast. Here are some of the shows, specials, and movies hitting TV this week, May 30 – June 3. Details and times are subject to change.

JULY (202) 8 p.m. on DailyExpertNews. In this documentary, the filmmakers  Julie Cohen and Betsy West – who were nominated for an Academy Award in the Best Documentary category for their work on “RBG” (2018) – tell the story of cookbook author Julia Child and her upheaval in the world’s male-dominated culinary and television world. The documentary uses archival footage, personal photos and first-person stories to trace Child’s path to publish “Mastering the Art of French Cooking,” a book with a lasting influence: it topped the New York City bestseller list. Times in 2009, 48 years after it debuted, around the release of the movie ‘Julie and Julia’.

ORIGINS OF HIP-HOP 10 p.m. on A&E. This documentary series comes from Mass Appeal, a media company known for its production of “Wu-Tang Clan: Of Mics and Men” (2019) – which Times critic Jon Caramanica offers an “intimate” look at “how individuals use art like a life preserver.” The new show tells the stories of hip-hop stars including Busta Rhymes, Eve, Ice-T and Ja Rule.Each of the eight hour-long episodes narrated by rapper Nas explores the artists’ journeys to stardom. premiered with an episode about Fat Joe, one of the genre’s Latino stars.

THE REAL HOUSEWIVES OF DUBAIA 9 p.m. on Bravo. As the 11th entry in the franchise, ‘The Real Housewives of Dubai’ premieres in a desert oasis and follows a lavish group of women — including Caroline Stanbury, a former Miss Jamaica — as they navigate a highly exclusive social scene. Teasers show metallic dresses in windswept deserts and camel valleys in the extravagant City of Gold. But after announcing the venue, Bravo was criticized on social media for overlooking the United Arab Emirates’ treatment of women and LGBTQ people. The series has also been criticized in the past for featuring racially homogeneous casts. (In a 2019 article for The Times, writer Tracie Egan Morrissey wrote that the show “shone its light on a certain type of woman: rich, cocky and white”). But the women who make up the Dubai cast are among the most racially diverse groups on the show yet.

SCRIPPS NATIONAL SPELLING BEE FINAL 8 p.m. on Ion. †Murraya.” This was the word that determined the country’s best player in last year’s tournament. Hosted by LeVar Burton, this year’s competition features spellers from across the United States (and from four other countries) competing for a chance to become the 94th Scripps National Spelling Bee Champion. Last year, a 14-year-old, Zaila Avant-garde, made history as the first black American to win the Bee.

NBA FINALS 9 p.m. on ABC. The Golden State Warriors will play the winner of the Eastern Conference Finals between the Miami Heat and the Boston Celtics in the first game of the National Basketball Association Finals. Golden State returns to the finals for the first time since 2019 after beating the Dallas Mavericks in Thursday’s Western Conference finals. It’s been a long road of injury and misfortune for many of Golden State’s key players, but the team’s celebrated core “is back together and playing some of its best basketball,” wrote Tania Ganguli and Scott Cacciola of The Times in a recent article. Catch the second game on Sunday.

AMERICAN MASTERS: JOE PAPP IN FIVE ACTS 9pm on PBS (check local listings). Ahead of the 60th anniversary season of Shakespeare in the Park in Central Park, “American Masters” will air “Joe Papp in Five Acts,” a documentary that tells the story of Joseph Papp, the founder of the Public Theater and Shakespeare in the Park, and a producer of plays including “Hair” and “A Chorus Line.”

BABS IN ARMEN (1939) 8 p.m. on TCM. Directed by Busby Berkeley and starring Mickey Rooney and Judy Garland, “Babes in Arms” is the film version of the 1937 coming-of-age Broadway musical of the same name. In a 1939 Times review, writer Frank S Nugent Rooney: “‘Babes In Arms’ – to put it in two words – is Mickey Rooney,” he wrote. The movie is followed by BABES ON BROADWAY (1941) at 10 p.m. on TCM, another Berkeley musical starring Rooney and Garland.

STAGE FRIGHT (1950) 8 p.m. on TCM. In ‘Stage Fright’, a suspenseful British film noir by Alfred Hitchcock, an acting student (Marlene Dietrich) goes undercover to prove that a singing star killed her husband. Although the film has become known as a Hitchcock classic, the Times review in 1950 was not exactly favorable. Reviewer Bosley Crowther called it a “walking story,” one “without any real fear,” but praised the cast of “good actors.”