William Hart, driving force behind the Delfonics, dies at 77 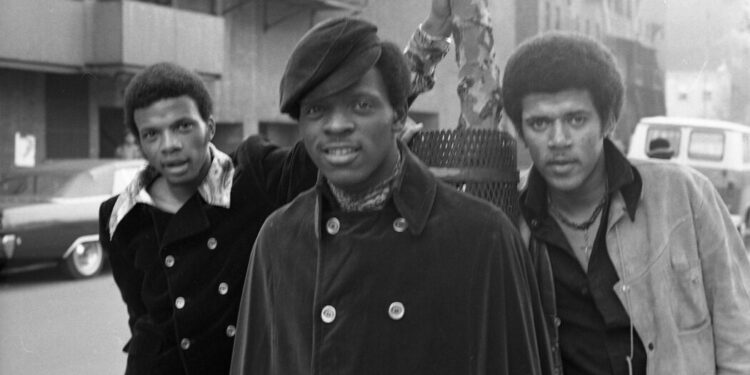 William Hart, who, as lead singer and lyricist for the soul trio The Delfonics, helped pioneer the romantic lyrics, falsetto vocals, and velvety string arrangements that defined the Philadelphia sound of the 1960s and 1970s, died July 14 in Philadelphia. He was 77.

His son Hadi said the death, at Temple University Hospital, was caused by complications during surgery.

The Delfonics combined the harmonies of doo-wop, the reach of orchestral pop, and the edginess of funk to produce a string of hits, 20 of which reached the Billboard Hot 100. (Two made the Top 10.)

Almost all of them are written by Mr. Hart in collaborations with producer Thom Bell, including ‘La-La (Means I Love You)’, ‘I’m Sorry’ and ‘Ready or Not Here I Come (Can’t Hide From Love)’, all released in 1968, and a year later, “Didn’t I (Blow Your Mind This Time),” which won a Grammy for best R&B vocals by a duo or group.

In addition to Motown in Detroit and Stax in Memphis, the Philadelphia sound was a mainstay of soul and R&B music in the 1960s and 1970s. More relaxed than Motown and less edgy than Stax, it drew on both the doo-wop wave of the late 1950s—especially groups like Frankie Lymon and the Teenagers and Little Anthony and the Imperials—and a slowed-down version of the funk perfected by James Brown.

mr. Hart looked to all those artists, along with songwriters like Burt Bacharach and Hal David, as inspiration. He preferred to write lyrics after the melodies were in place, to get around the restrictions they imposed to weave tales of heartbreak, jealousy, and old-fashioned romance.

“I could imagine from a very young age what heartbreak was like,” he told the British newspaper The Guardian in 2007. “As a young man, I had to put myself in that position. And I found that I could just write about it. It’s like imagining what it’s like to jump off a cliff – you can write about it, but you don’t really have to. jump that cliff.”

In Philadelphia, the Delfonics became the mainstay of the frequent “battles of the bands” held at the Uptown Theater, the white-hot center of the city’s soul scene, going toe-to-toe in satin lapels to see who could be the smoothest crooners. of the night could be.

Their reach extended well beyond the Philadelphia of the 1960s. The songs of mr. Hearts have a timeless, dreamy quality, full of emotions and urbane at the same time. That’s one of the reasons they’ve had second and third lives: singers remade them, rappers sampled them, filmmakers put them on soundtracks.

The following year, the Delfonics and Mr. Hart made an even bigger revival when Quentin Tarantino starred “La-La (Means I Love You)” and “Didn’t I (Blow Your Mind This Time)” on the soundtrack of his movie “Jackie Brown” and as a plot point, taking the The songs’ soft, nostalgic sound is used to bring together characters played by Pam Grier and Robert Forster.

“I think the fact that our music is clean helps us make the transition to the next generation,” said Mr. Hart in 2008 to The Philadelphia Tribune. “We sing songs that anyone of any age can enjoy. I write most of the songs, and that’s something I’ve always tried to do.”

William Alexander Hart was born on January 17, 1945 in Washington and moved with his family to Philadelphia when he was a few months old. His father, Wilson, worked in a factory and his mother, Iretha (Battle) Hart, was a housewife.

His father gave him the nickname Poogie, which has stayed with him well into adulthood.

Along with his son, he is survived by his wife, Pamela; his brothers, Wilbert and Hurt; his sisters, Niecy and Peaches; his sons, William Jr., Yusuf and Champ; 11 grandchildren; and two great-grandchildren.

William started writing songs when he was about 11 and immediately grabbed the themes of love lost and regained that would dominate his lyrics for decades.

He joined his brother Wilbert and a high school friend, Randy Cain, in a group they initially called the Orphonics, a variation of “aurophonic,” a term William saw on a stereo box. They changed the name to Delfonics at the suggestion of their manager, Stan Watson.

Mr. Hart was still working a day job at a barbershop when a friend introduced him to Mr. Bell, who was already known in Philadelphia for the lavish, sensual arrangements he made for a local label.

They became a hit-making duo, the Lennon and McCartney of West Philadelphia: Mr. Bell wrote the music and Mr. Hart supplied the lyrics, often almost simultaneously. mr. Hart claimed they wrote “Didn’t I (Blow Your Mind This Time)” in two hours.

The original Delfonics broke up in 1975, but Mr. Hart continued to perform under the moniker, with lineups that may or may not include members of the original group. Wilbert Hart went on tour with his own Delfonics even after his brother won a court order against him in 2000.

In 2002 Wilbert Hart and Mr. Cain William Hart successfully sued for royalties arrears. The courtroom clash didn’t stop the three from occasionally reuniting, at least until Mr. Cain’s death in 2009.

mr. Hart continued to tour under the name Delfonics, his falsetto voice was a bit weaker, but his presence was still impressive. He also released a number of side projects, including “Adrian Younge Presents the Delfonics” (2013), where Mr. Younge produced and Mr. Hart sang and effortlessly slid back into the lyricist’s chair.

“It’s like a blank canvas,” he said in a 2013 interview for music magazine Wax Poetics. “I am an artist; just give me the canvas, and I will paint the painting.”