With ‘Lucy and Desi’, Amy Poehler touches the heart of a marriage 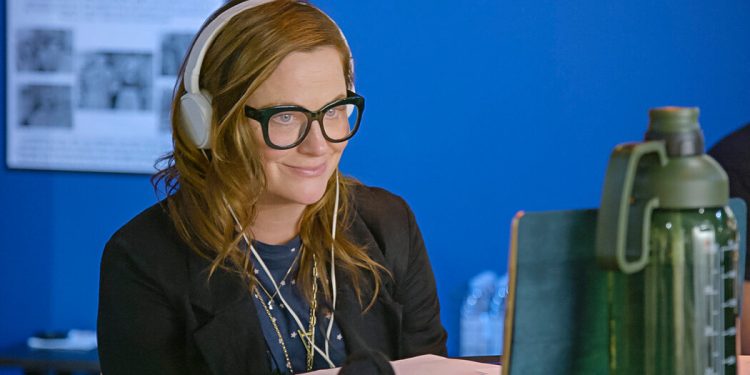 It was hours and hours of stuff. One of our producers was with [Ball’s daughter] Lucie’s house, and she pointed to a box, like, “What’s in there?” It was really a genie-in-the-bottle moment to find all these tapes. When you make a documentary, you realize that you and your editor [Robert Martinez, whose credits include “The Bee Gees: How Can You Mend a Broken Heart”] are like two people on a life raft. There was so much material, and that was by far the most overwhelming. Once we made the decision to hear Lucy and Desi tell us their story [via the recordings], everything changed, because not only did they feel like they were alive and human, but we were able to age them as the film progressed. While I strongly believe that most people are unreliable storytellers, I think you learn a lot from what people don’t say, and it’s just as important as what they do say. I was always very moved by how they talked about each other.

The film makes you feel that on the one hand they are keeping this version of happily ever after, but that they struggled off-camera, at least later in the marriage. That’s sometimes hard to reconcile with the Lucy and Ricky we see on television.

Television is an intimate medium that you often watch with your family, and they were the early inventors of the idea of ​​tearing and repairing, that is, maybe Lucy baked too much bread or Ricky forgot her birthday or whatever, and do you think there is no way they are going to fix it, and they fix it at the end and everything is fine. There is a deep desire, especially in post-war America at the time, to think, ‘Can things be solved? Are we going to be okay? Will the family stay together?” And what was really exciting for me was that they experienced very human, complicated things that most people feel with success and marriage. You know, all the things that happen in a person’s life.

Have you spoken to the producers or your editor about their marriage or why their relationship might catch on with the modern audience?

Yes, we really tried to deconstruct the idea of ​​a partnership and ask questions about what makes a successful marriage. What Lucy and Desi do in their lives is that they work very hard on themselves and their craft. Together they make this beautiful music. And they continue to create separately, respect each other and find ways to work together. So there’s always that question: what is a successful partnership? Their marriage ends, but they co-parent and find new love. I loved talking to Laura LaPlaca [director of the Carl Reiner Department of Archives and Preservation at the National Comedy Center] because she said America just wouldn’t accept their divorce. America was like, no. But they showed what it was like to divorce and showed respect for each other. They made a track. You know, if I had the privilege of speaking to any of them, they probably would have just been living their human, complicated lives. They all didn’t try.

Desi passed away in 1986. Their daughter Lucie tells a touching story about bringing them together to watch old episodes of “I Love Lucy”, which is kind of long and happy in a way, but very bittersweet. What did that story mean to you, and what do you think it says about their marriage and that idea of ​​happily ever after?

Lucy said they became much nicer to each other after their divorce. As a culture, we are obsessed with ’till death do you part’. But don’t you want the purpose of being on your deathbed to tell people you love them? Is the goal to have an unhappy, decades-long marriage, or is the goal to get together in partnership to create interesting things together and remain full of love and respect for each other? Lucy and Desi worked really hard, and when they got the chance, they held hands and jumped. It just feels like they were astronauts.