A man in a cafe asked Julie Otsuka what she was reading. They dated for two years. 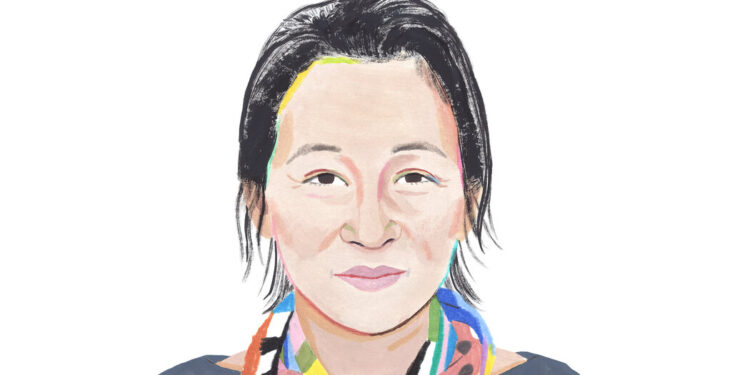 What is your favorite book that no one else has heard of?

‘Suicide’ by the French writer Edouard Levé. This book cut a small hole in my heart. Told in the “you” voice and addressed to a friend who committed suicide 20 years earlier, the novel is a meditation on both the deceased friend’s life and the suicide itself, as well as a suicide note from the author, who his own life 10 days after handing in the manuscript, to his former self and to us, the reader. Through an accumulation of small, obsessive details, ‘you’ slowly comes into the picture as a thoughtful, lonely, troubled man who can no longer bear to be in the world. The language is beautiful and sparse, deceptively simple, accurate. I’ve never read anything like this. It is, you might say, the ultimate work of autofiction.

Which writers – novelists, playwrights, critics, journalists, poets – working today do you most admire?

I’ll be reading everything from Rachel Cusk, who does one of the most interesting works of all writers, and Katie Kitamura, whose recent novel “Intimacies” is both slickly gorgeous — those sentences — and psychologically unnerving. She is an absolutely brilliant writer. Other writers whose work I admire: Colson Whitehead, Mohsin Hamid, Jamaica Kincaid, David Szalay and Deborah Levy, especially her ‘Living Autobiography’ trilogy. For pure inventiveness of form, the short stories of David Means. I’d do anything to read a new short story by Julie Hecht who gets my vote for funniest writer. I am very interested in the plays of Will Eno, master of the deep and the absurd. Also the work of Wallace Shawn. For thoughtful commentary on the race: Claudia Rankine, Cathy Park Hong, Ta-Nehisi Coates. And the wonderfully irreverent journalist Jay Caspian Kang, who tells it like it is.

Do you count books as guilty pleasures?

I’m reading one right now – “The Anomaly”, by French author Hervé Le Tellier, about a mysterious plane flight whose passengers seem to exist in two different realities. It’s very “Black Mirror”. I’m not sure what makes a book a guilty pleasure, but you definitely know when you read one.

Which writers are especially good at mother-daughter relationships?

No one describes the passionate bond between mothers and daughters more brutally, or with more honesty, intelligence and style, than Vivian Gornick in her memoir “Fierce Attachments.”