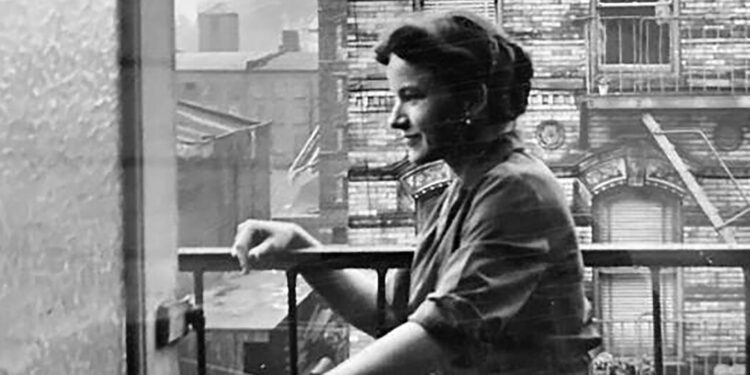 In 1961, Ronni Solbert lived with her partner, Jean Merrill, on the north side of Tompkins Square Park, in Manhattan’s East Village, next to the immigrants and bohemians that defined the idyllic, small-town-within-a-big-city. appearance.

When the city’s parks department announced plans to remove many of the park’s benches, chess tables, and centennial trees to make way for a softball field, neighbors protested, wrote letters, staged protests, and formed the Tompkins Square Conservation Committee. Park.

They won their battle, at least in part, helping to inspire Ms. Solbert, an illustrator, and Ms. Merrill, an author, to write a novel for young adults, as Ms. Solbert explained to The Valley News, a newspaper in 2014. over parts of Vermont and New Hampshire (by then she had moved to Vermont). The two had already published several books together and would collaborate on 18 in all, but “The Pushcart War,” published in 1964, was their greatest achievement.

The story revolves around a patchwork of pushcart sellers who go to war against the fleets of trucks that take over their narrow city streets, most memorably attacking enemy vehicles with pea shooters. A contemporary parable of underdogs taking on bullies, it quickly found millions of readers.

Ms. Solbert, whose death on June 9 at the age of 96 was not widely reported, mentioned Ms. Merrill, who died in 2012, is the main creator of the book. But the illustrations by Mrs. Solbert, at once urban and emotional, in the vein of mid-century New Yorker cartoons likely contributed to its rapid elevation to the pantheon of children’s literature.

Her niece, Lisa Solbert Sheldon, said that Mrs. Solbert died at her home in Randolph, Vt., where she and Mrs. Merrill had moved in 1970.

Among the many fans of “The Pushcart War” was playwright Tony Kushner, who at one point hoped to adapt it as a screenplay and later wrote a blurb for an edition published by The New York Review of Books in 2014.

“The book gave me an entrance – my first, I think – into the world of resistance against political and economic injustice and deceit,” wrote Mr. Kushner. “It made opposition, even nonviolent civil disobedience, fun and right and necessary and heroic, and something that even someone as powerless as a child could and should undertake.”

Romaine Gustave Solbert, who bore her childhood nickname Ronni, was born on September 7, 1925 in Washington. Her family soon moved to Rochester, NY, where her father, Oscar Nathaniel Solbert, was the first director of the George Eastman Museum of Photography and Film. Her mother, Elizabeth (Abernathy) Solbert, was a homemaker.

Ms. Solbert graduated from Vassar College in 1946 and received a master’s degree in fine arts from the Cranbrook Academy of Art in Michigan in 1948. After working for a few years in Sweden, where her father was born, she moved to New York City to pursue a career in art.

She followed two paths. She painted, mostly along the lines of Abstract Expressionism, and was moderately successful, with 17 of her works being included in the Museum of Modern Art’s “New Talent” exhibition in 1959.

She also began illustrating children’s books. She met Mrs. Merrill arrived in New York shortly after, and in 1951 they released their first book together, “Henry the Hand-Painted Mouse.” They collaborated on 17 more, including “The Pushcart War.”

Critics noted how much Ms. Solbert the texts of Mrs. Merrill exalted, many of which told complex stories of outsiders battling bureaucratic conformity.

Reviewing their 1969 book “The Black Sheep” for DailyExpertNews, Natalie Babbitt, a noted children’s author and illustrator, praised the way “Jean Merrill gets a difficult thing done very well with the help of the carefully careless, wagging drawings by Ronni Solbert.”

Mrs. Solbert also worked with other authors. She illustrated “Bronzeville Boys and Girls” (1956) and “The Two Runaways” (1959) by Aline Havard by the poet Gwendolyn Brooks. She also wrote three books of her own.

“You found yourself trying to spend more time solving things, but the problems were too big,” Ms Solbert told The Valley News in 2014.

In 2013, a year after Ms. Merrill, gave Mrs. Leaving no immediate survivors, Solbert left their farm at the Vermont Institute of Natural Science and settled full-time in Randolph, a small town in the center of the state. She had largely stopped illustrating but continued with her art, which then also included photography and sculpture.

“Art is my common sense, joy, frustration and passion,” she wrote in an artist statement. “My subject is the human animal, our relationship with each other and with the world we inhabit. I want the work to invite reflection, open perspectives and challenge the emotional and intellectual responses of the viewers.”