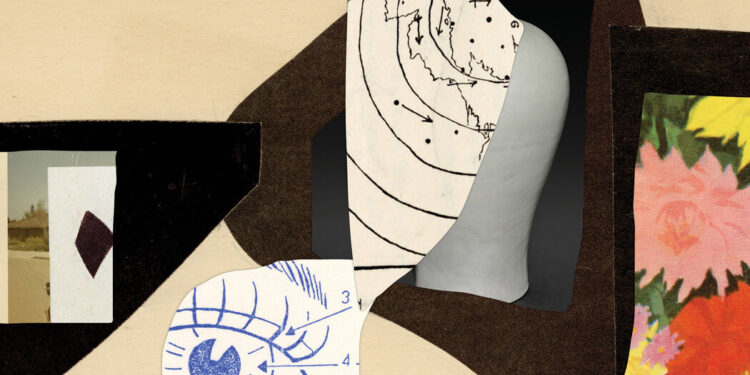 While both women live in their own version of insecurity, forced to rely on their bodies for their livelihood, Townsend’s observations about Americans’ colonialist rights abroad are damning. Shannon feels her connection to the African continent—“the motherland, after all,” she says—when she looks at “this little girl who could emerge from her own barren body.” But, of course, by stealing Souria’s child, she commits another grievous injustice against the helpless teenager.

If the kidnapping itself feels less convincing than it could, the novel’s strength lies in its heartbreaking consequences: for Shannon, Souria, and Yu, the child who joins their fate. The ever-changing hues of motherhood and daughterhood, their gifts and losses for every woman and girl, are brought to life in the author’s precise, sensual prose. Townsend is most eloquent when he writes about Souria’s grief; the despair of her empty arms, unforgettably rendered in language at once tender and brutal.

Sylvia Wren, the reclusive New Mexico artist who tells THE CHERRY ROBBERS (420 pp., Harper, $27.99), a riveting, gothic page-turner from Sarai Walker, harbors a secret that, if revealed, would reveal both her real identity and the chilling history she’s been hiding from for six decades. When a freelance documentary filmmaker begins snooping around her company, Sylvia sets out to Sylvia in fear of telling her story, revealing that she is (as the filmmaker suspects) one of six Chapel sisters, heirs to a firearms fortune in Connecticut, all of whom mysteriously died in the 1950s – except for one. For the sisters, who grew up isolated in the family’s Victorian mansion, nicknamed “the wedding cake,” marriage was the only real escape. ‘The children in the village made up a little rhyme about us’, Sylvia recalls. “The Chapel Sisters:/First they marry/Then they are buried.”

Walker evocatively captures the pace, languor and decadence of the ivory tower in which the sisters are imprisoned, Rapunzel-esque, through their privilege and patriarchy. The daughters are largely raising themselves. Their father, “one of the richest men in New England,” is distant, engrossed in his work to “manufacture a product that was a bridge to the other side.But it’s their mother’s emotional absence that the girls feel most: Belinda, tormented by the ghosts of her own mother and those killed by Chapel’s guns, screams through the night, recording her ghostly visions in a diary. Though dismissed as the ravings of a maddened woman in the attic, Belinda’s premonitions of marital doom for her children turn out to be eerily correct. Only Iris survives, running away at age 20 and reinventing herself as Sylvia; yet she cannot quite escape the past.

Though suspenseful, the drama of each sister’s tragedy becomes somewhat familiar over the course of the novel. But Walker creates a dazzling world full of scents and colors of flowers that will later form the basis for Sylvia’s subversive paintings. Just as subversive is the whirl of voices of the women at the center of the story: the chapel women may be locked up in castles and sanatoriums by a series of domineering men, but their unfulfilled desires haunt these pages as vigorously as any family curse.

Aamina Ahmad is the author of ‘The Return of Faraz Ali’.