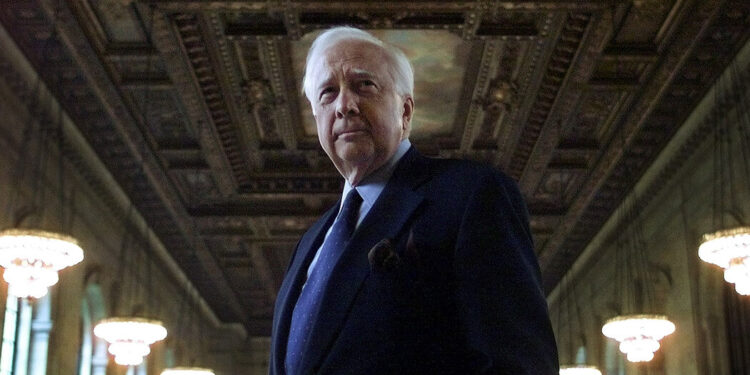 David Gaub McCullough was born on July 7, 1933, in Pittsburgh, as one of four sons to Ruth (Rankin) and Christian McCullough. If he ever had a dark day in his younger days, there seems to be no record of it. In interviews, he said he loved the city schools he attended and had a healthy mix of interests, including reading, sports and drawing cartoons, all encouraged by his parents.

In 1951, he attended Yale, where he joined Yale’s secret sorority Skull and Bones and was inspired by an English faculty that included Robert Penn Warren, John O’Hara, and John Hersey. The lunchtime conversations with the novelist-playwright Thornton Wilder, he later said, particularly influenced his approach to subject matter—first, being deeply interested in them—and taught him the importance of creating “an atmosphere of freedom in to preserve the storyline’ even when writing non-fiction.

Mr. McCullough graduated with honors in literature in 1955. He had thought about writing fiction or plays or, on the other hand, going to study medicine; in the event, he signed up as an intern at Sports Illustrated, which had begun the previous year. Then came jobs as a writer and editor, first at the United States Information Agency in Washington and then for the history magazine American Heritage.

Working nights and weekends for three years, he completed his first book, “The Johnstown Flood,” published in 1968, making him someone who could bear a familiar story—the great Pennsylvania dam burst in 1889 that saw more than 2000 people died – and give it a greater life. “A great job,” wrote Alden Whitman of The Times. “Scientific yet lively, balanced yet astute.”

With the success of “The Johnstown Flood” and the support of his wife, he took a leap of faith by quitting his job to write history and biography full-time while the couple raised five children. Throughout his career, Mr. McCullough and his wife recited early drafts out loud — a practice he attributed to vastly improving his writing. Ms. McCullough died in June at age 89 at the family’s home in Martha’s Vineyard, Massachusetts, where she had grown up. He had met Rosalee Barnes at a dance in Pittsburgh when they were teenagers, and they married in 1954.