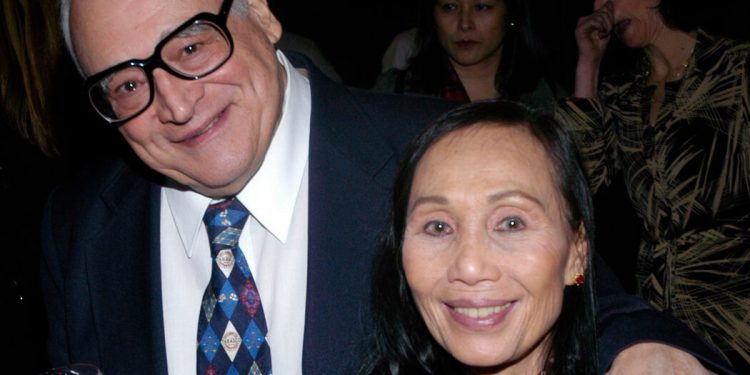 Fred Ferretti, who covered numerous news events for New York City newspapers before becoming best known for his prolific writing on food, edibles and cooking for DailyExpertNews and then Gourmet magazine, died Monday at his Montclair home. , NJ He was 90.

His death was confirmed by his son Stephen.

After a newspaper career that began with The New York Herald Tribune and ended with The Times in 1986, Mr. Ferretti became a contributing editor at Gourmet and wrote a column called Gourmet at Large.

He immersed himself in every aspect of food, profiled himself as up-and-coming restaurateurs and chefs, gave tips on diets when dining out (he says he once lost 50 pounds by eating healthy), tested emerging products and delicacies, and wrote reviews of luxury eateries so undiscovered that it was still possible to book a table (although possibly not for long if his review was enthusiastic).

His curiosity, if not his appetite, was insatiable. He wrote about the origins of the Girl Scout cookie, how the military transformed dining rooms from gaggy to gourmet, the impact of gamma rays on meat, and the emergence of a gourmet paradise in the growing Chinese immigrant enclave in Flushing, Queens.

He revealed a prodigious variety of potato dishes served in Ireland, why Hawaiians loved spam, and how ancient Egyptians made pasta. He took a behind-the-scenes look at airline food (what one reader called an oxymoron), interviewed the chief bartender at Harry’s in Venice, and profiled Joseph Baum, the World Trade Center consultant responsible for feeding food. a potential daily customer base equal to the population of Albany, New York

Going through several London restaurant guides offering conflicting advice, he recommended buying all three so that “you never have to agree with Somerset Maugham, who once wrote, ‘If you want good food in England, have breakfast. three times a day .'”

Ferretti was the author of several books, including the lavishly illustrated “Cafe des Artistes: An Insider’s Look at the Famed Restaurant and Its Cuisine” (2000), which evoked Manhattan’s charming bistro—murals of naked nymphs and all—that George Lang was chairman of One West 67th Street until 2009.

Previously, he used his shoe leather newspaper reporting to analyze one of the key stories he wrote for The Times, the fiscal crisis of the mid-1970s in New York City, in his book “The Year the Big Apple Went Bust.” , published in 1976.

The year before that, he came out with “The Great American Book of Sidewalk, Stoop, Dirt, Curb and Alley Games” (1975), a guidebook, written with Jerry Darvin, about the street sports—many long-forgotten—that he played growing up. in New York City.

“In my day, all kids needed to enjoy themselves was a Spaldeen and a broomstick,” he told The Times in 1996.

Armand John Ferretti, the grandson of Italian immigrants, was born in Manhattan on March 3, 1932, to Herman Ferretti, a master carpenter, and Theresa (Rossi) Ferretti, a homemaker, and spent some of his childhood years in Queens.

He attended Bishop Loughlin Memorial High School in Brooklyn when he started working as a messenger for The Herald Tribune. That period, in the late 1950s, was interrupted by two years of military service in Japan. Returning to The Trib as a copy boy, he took the name Fred.

In 1959, he married Eileen Yin-Fei Lo, who became an American authority on Chinese cuisine. Together they rated restaurants for the New Jersey weekly section of The Times. She survives him along with their sons, Stephen and Christopher, and a granddaughter.

As a rewriter at The Trib, Mr. Ferretti on Lee Harvey Oswald’s last day off and his imprisonment after the assassination of President John F. Kennedy in 1963. He directed coverage of the 1964-65 World’s Fair and served as City Hall bureau chief from 1965-1966.

When the newspaper stopped publishing in 1966, he wrote for New York magazine. He also worked as a writer, editor, and producer for NBC News.

After joining The Times in 1969, Mr. Ferretti earned a bachelor’s degree in English Literature from Columbia University. He was named head of city hall and covered a wide variety of events, including the bloody prison riot in the state of Attica, NY; the country’s Bicentennial celebration and the introduction of legalized gambling in Atlantic City.

In 1971, when Norman Lear’s “All in the Family” premiered, Mr. Ferretti, briefly in the role of TV critic, wrote: “Tonight the Columbia Broadcasting System Television Network will find out whether Americans consider bigotry and racism to be the key elements. of a situation comedy, are funny.” He didn’t. The racial and ethnic epithets uttered by Carroll O’Connor’s Archie Bunker, he wrote, “don’t laugh so hard when they force self-conscious, half-amused stutters.”

In addition to Gourmet, he wrote for Travel & Leisure, Food & Wine and Food Arts magazines and a weekly column called “Travels with Fred” for the Copley News Service.

Despite all the serious subjects he dealt with, he could sometimes betray an unstoppable brutality.

In 1972, when the New York courts were considering banning the movie “Deep Throat” as obscene, Arthur Gelb, then the metropolitan editor of The Times, gathered a select, if somewhat sheepish, group of reporters to attend a nearby pornographic theater. to go to Times Square. to rate the film itself.

“Less than halfway through the movie,” recalls Mr. Gelb, in his book “City Room” (2003), “blamed the loudspeaker of the theater: ‘Mr. Arthur Gelb, editor-in-chief of DailyExpertNews, is wanted back in his office.’ Later I learned that it was Fred Ferretti who had mischievously called the manager of the cinema. ‘Mr. Gelb is hard of hearing,’ Fred told him, ‘so make sure you call him nice and loud.’”