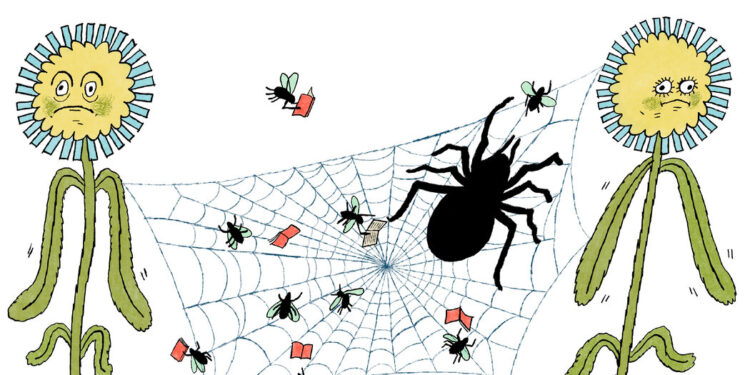 One of the most original vampire novels in ages, Claire Kohda’s WOMAN, FOOD (HarperVia, 233 pp., $26.99) follows Lydia, a British, Japanese and Malaysian vampire who struggles to survive. She recently placed her mother – the vampire who turned her – into a care facility and now, for the first time on her own, she must learn to feed herself. It’s not easy in London, where pig’s blood, her favorite meal, is in short supply.

It’s no wonder. Being both human and demonic creates endless conflict. For example, when she’s attracted to a human named Ben, she wants to eat him as much as she wants to kiss him. Her hunger is eternal, unsolvable, making Lydia a dynamic vessel for our own questions of food, desire, and mortality.

Kohda has given Lydia many great vampire qualities, such as excellent night vision and the ability to experience a creature’s entire life by drinking its blood. But it’s Kohda’s exploration of Lydia’s inner world, the pain and longing she feels as an outsider, that makes ‘Woman, Food’ such a delightful novel.

Riley Sager’s Sixth Novel, THE HOUSE Across THE MORE (Dutton, 349 pp., $27, to be published June 21), starts in familiar territory. A grieving alcoholic woman spying on her glamorous neighbors sees something that leads her to suspect the man murdered his wife, and is thrown into an obsessive, intoxicated investigative frenzy. If it sounds familiar, it’s because it is, sharing a premise with the 2018 bestselling book “The Woman in the Window” (a novel inspired by the Alfred Hitchcock movie “Rear Window”). Sager’s novel has an almost identical setup, right down to the handsome neighbor. For about half of this fast-paced horror thriller, it sticks to the formula. Until he doesn’t. Then things get weird.

Casey Fletcher is a 36-year-old actress whose husband recently drowned at their summer residence on Lake Greene. The house across the lake — “an angular monstrosity” that’s “almost completely covered in glass” — belongs to the Royces: Tom, a billionaire whose money is made up in his app, Mixer, and Katherine, a supermodel who stops walking the runway to “eat pizza” and focus on philanthropy.