How Jason Reynolds differentiates YA books from adult fiction 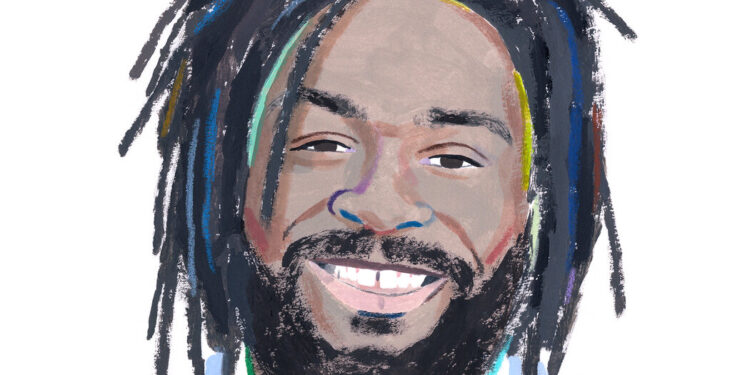 How do you differentiate YA books from adult fiction?

I’m still trying to figure that out. You know, I’m currently working on adult fiction, and based on what I’m learning from my edits, it has more to do with tone than anything else. My problem is that people create this huge gap between the two, which sometimes feels like a way of diminishing the work written for young people. Because of my disdain for it, I tried very hard to push the dividing line, but in the end I learn that there is a difference. I’m just not sure if it’s as drastic as we’re trying to make it. With a shift in tone, “Salvage the Bones” could be a young adult novel. And that would make it different, sure, but no less work.

What books for young adults would you recommend to people who don’t normally read YA?

‘Monster’, by Walter Dean Myers, ‘Shout’, by Laurie Halse Anderson, ‘Maus’, by Art Spiegelman, ‘Fun Home’, by Alison Bechdel, ‘Brown Girl Dreaming’, by Jacqueline Woodson, ‘Nothing’, by Janne Teller, ‘Platero y Yo’, by Juan Ramón Jiménez, and ‘Monday’s Not Coming’, by Tiffany D. Jackson. There are many, many more, but this is a start.

Has a book ever brought you closer to someone else, or come between you?

I’ll tell you, my dear late friend Brook Stephenson is the man who introduced me to the short story. I moaned that I didn’t understand them and therefore would never try them, and he suggested I read “Solo on the Drums” by Ann Petry. Maybe it was the timing. Maybe it was the story. But it broke me open and showed me the possibility of the form. It brought me much closer to him. Hell, maybe it brought me a lot closer to myself.

What touches you most in a literary work?

Character and language. I want writers to make a protagonist who I want to eat with. And I want them to use the language I want… eat.

I like this question. So I have one of those big bookshelves in my office with 10 separate shelves. And instead of arranging the trunk from top to bottom, I alphabetize each individual shelf so that when it comes time to add a book, I don’t have to move the entire system. Instead, I have 10 possible places the book could go, and still be okay. Of course there are still 200 books on my office floor. But let’s not talk about that. Next question.

The entire Captain Underpants series. But it would only surprise you if you don’t know me.

When my father died, I got his devotional book “Grace for the Moment” by Max Lucado. It’s not a book I would ever have bought, and reading daily reflections isn’t really my thing, but to have this item with hundreds of tabs in it because he would reread it every year is incredibly special. Sometimes I try to pick a page that he marked all over to see why he kept coming back to it. It makes me feel like he’s trying to teach me something. Still.