In ‘The Last Days of Roger Federer’, Geoff Dyer thinks about the twilight 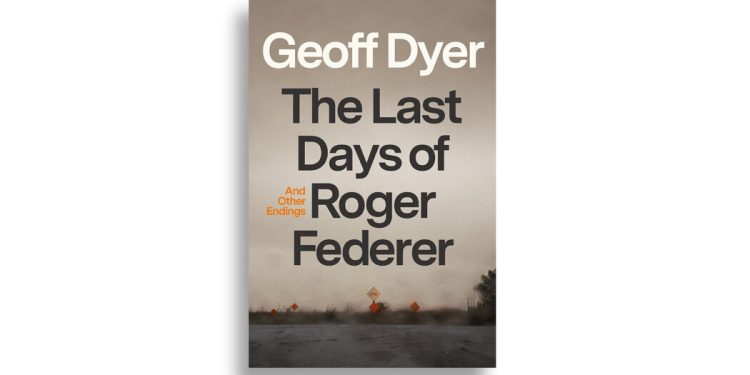 The prospect of Federer’s retirement from tennis is just a fraction of what Dyer contemplates in this tour through various endings – last days, last matches, last appearances, last works. Dyer’s thoughts are so restless that instead of bundling them into essays, he scatters them across numbered sections, collecting “stalls of experiences, things, and cultural artifacts that, for various reasons, have come to cluster around me in a rough constellation during a phase of my life.”

Coltrane, Dylan, Nietzsche, yes, but also Dyer, always Dyer, the point that this book (like all his books) invariably revolves around. He goes from back pain (his) to neck pain (his) to wrist pain (his) to dead hearts (in Lawrence’s “Last Poems”). Lawrence leads to Ruskin and to JMW Turner, whose late paintings seem to dissolve the landscape, burned away by a blaze of light. This change in Turner’s style may have had something to do with the cataracts he developed after he habitually stared at the sun, but he translated this physical limitation into paintings that depicted eternity. A few pages later, Dyer writes about climate change and the empty streets of the Covid lockdown, bringing back memories of seeing the Clash in London and missing the last train back to Oxford.

It turns out that Dyer, who intended to write a book about endings, is drawn to infinity, to the way one leads to another, to Nietzsche’s idea of ​​the Eternal Return, to Bill Murray’s iterative journey in ‘Groundhog Day’. ‘. to the 24-hour loop of Christian Marclay’s movie “The Clock”. The idea of ​​the apocalypse, with all the heavy finality it entails, barely comes to the fore in ‘The Last Days’, and Dyer casually says that he ‘barely’ thinks about his own mortality – ‘there is hardly the time of day to it, as they say.” It probably strikes him as too heavy, too definite, too ‘great’ – ‘perhaps the most repulsive quality’.

Dyer is now in his sixties and although this book describes the various ways in which his body has slowed down, he has retained a youthful buoyancy, an unrelenting laziness. “After a phase in a man’s life,” he writes, “it is essential that he keeps a residue of how he saw the world as a 14-year-old.” Some residue maybe, but how much? Instead of letting some old habits die, he insists on letting them limp. “When I go to orchestral music, I follow a strict code of conduct,” he says, “I always keep my eyes on the most attractive Asian violinist.” This particular case of Dyer taking (yet another) look at (yet another) beautiful woman takes place during (yet another) visit to Burning Man, an event he has repeatedly attended (and has written about): “I was conscious, even as I bought a ticket and made plans to go, of the tendency to do things once too many.”

The pandemic is an inevitable presence, with Dyer at one point launching a exposé about how Covid made travel impossible, blocking his access to those miniature hotels toiletries, ending his pledge to never buy a bottle of shampoo again. “As the rigors of the coronavirus go, this hardly deserves a mention,” he admits, “but I’m just naming it because it is not worth mentioning.” His “shampoo project” was “not only life-enhancing, but life-giving.”to define.He quotes Nietzsche as saying, “The deepest mind must also be the most frivolous.” Would all this strenuous anti-grandness come across as, well, a touch of grandiosity?