Lars Eighner, who wrote eloquently about being homeless, dies at age 73 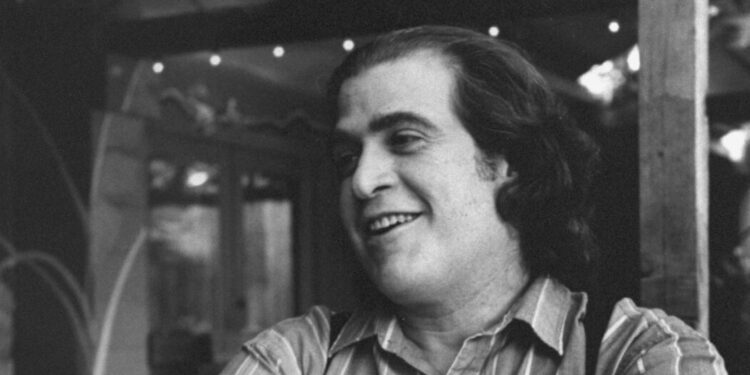 Lars Eighner, who vividly recounted his experiences of being homeless in “Travels With Lizbeth,” a book widely regarded as one of the finest memoirs of recent decades, died Dec. 23 in Austin, Texas. He was 73.

Dori Weintraub, vice president of publicity at St. Martin’s Press, which published “Travels With Lizbeth” in 1993, said St. Martin’s had only recently learned of the death. No other details were provided. Mr Eightner had been somewhat withdrawn in recent years.

An essay he wrote while still homeless, “On Dumpster Diving,” found its way into the literary magazine The Threepenny Review, which published it in 1991.

“A lot of people, not all of them the bohemian type, are willing to brag that they found this or that piece in the trash,” wrote Mr. Eightner. “But food from Dumpsters is what sets the dilettanti apart from the professionals. Eating safely from the dumpsters involves three principles: using the senses and common sense to assess the condition of the materials found, knowing the dumpsters of a particular area and checking them regularly, and always trying to answer the question ‘Why is this thrown away? ?’ †

The essay, which has often appeared in anthologies, received considerable attention and led to the publication of ‘Travels With Lizbeth’. Eighner wrote the book in fits and starts, often working on a portable typewriter in a gay bar. Later, with the help of an editor, he clipped his original unwieldy manuscript.

The book attracted a lot of attention, including on the cover of DailyExpertNews Book Review.

“This book takes us into the deep depths of that other land that lies in the streets all around us,” wrote Jonathan Raban in that review. “In lavish, patient detail, it recreates the grammar, point of view, and domestic economy of the unhoused life, and if there is any justice in the world, it should guarantee the author a roof over his head for the rest of his life.” to dawn.”

By the time the book was published, Mr. Eighner did indeed have a roof over his head again, but by 1996 he had become homeless again for a while. At the time of his death, he and his husband, Cliff Hexamer, were living on the back burner and sometimes turning to GoFundMe for help.

And although a comic novel that Mr. Eighner wrote in the 1980s, “Pawn to Queen Four,” and a collection of essays called “Gay Cosmos” was published in 1995, drying up his literary output.

‘I knew from the start that the book was sui generis,’ wrote Mr Eighner in an afterword to a 2013 edition of ‘Travels With Lizbeth,’ ‘and I have no quarrel with those who prefer to call it a fluke. In any case, unlike someone who gets caught up in being the outsider flavor of the month, I knew this book couldn’t lead to a sequel or a series.”

Laurence Vail Eighner was born on November 25, 1948 in Corpus Christi, Texas, to Lawrence and Alice Elizabeth (Vail) Eighner. He grew up in Houston, graduated from high school there and then attended Rice University and the University of Texas. He told The Houston Chronicle in 1993 that a combination of migraines and an argument with his family about his sexual orientation had prevented him from completing his degree.

In the 1970s he worked in a crisis center for people with drug or emotional problems. In 1987, he was working at Austin State Hospital when, he said, a dispute with a supervisor led him to quit, leaving him on the road to homelessness.

He sought both public and private help, he wrote in his book, but was rejected for some reason — including, he said, by the Roman Catholic Church.

“There I was clearly told that for failing to have children I could not support, I was disqualified from any benefit,” he wrote, a line typifying the wry touch that permeates the book.

When he began writing about his experiences, Steven Saylor, an editor and novelist who had worked at a gay magazine that published Mr. Eighner’s work, served as a conduit that published “On Dumpster Diving” and other excerpts.

“When I started this book, I had a 750-page manuscript that covered this time frame,” Mr. Eighner told The Austin American-Statesman in 1993. “There was more than one book. Once I knew they wanted the homeless book, all I had to do was pick the good parts.”

Despite the success of that book, Mr. Eighner was again on the brink of homelessness in 1998. Some writers in the Austin area intervened and kept him off the streets.

“Life is still not quite stable enough for me to feel comfortable with such a big undertaking as writing a novel,” he told The Times at the time. “It’s still a nickel and dime for macaroni and cheese.”

In “Travels With Lizbeth,” he wrote about an important figure in his life whom he called Clint. That was Cliff Hexamer, with whom Mr. Eighner married in 2015, with Hexamer as his legal name. mr. Hexamer survives him.

In 2019, a panel of book reviewers for The Times named “Travels With Lizbeth” one of the 50 greatest memoirs of the past 50 years.

The Times spoke with Mr. Eightner in 1999 about the differences between being homeless and having a house, and about his state of mind.

“I’m almost constantly afraid of going back to the streets,” he said. “It’s like standing on a glass staircase. No matter how far I get, when I look down, I see all the way down.”